John Burroughs High School students in the drama, musical theater and choir programs put on a night of comedy, improv games and musical numbers Tuesday evening, November 10, at The Colony Theatre in Burbank.

The annual fundraiser showcases performances by students in the upcoming mainstage musical, Hairspray, and comedic skits and improv from drama students. Now in its sixth year, the Burroughs High School Music & Comedy Night marks its second year on the stage at The Colony Theatre. 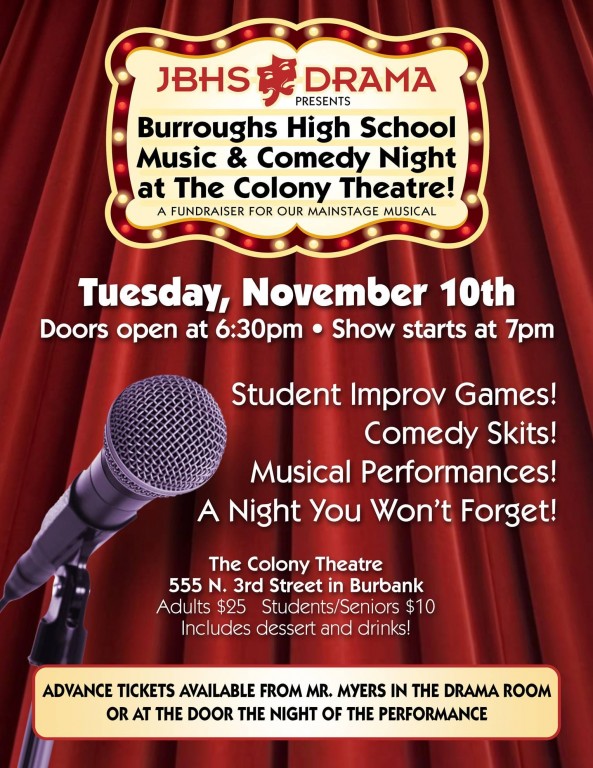 “Many students from our Improv Club also attend, so you never know who will wind up onstage in the middle of a game! This year features many classics from Broadway musicals as well as some hilarious newer material.” 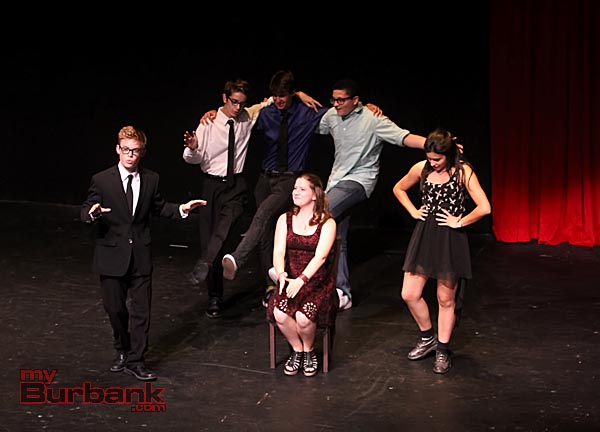 Members of the JBHS Improv Crew perform at The Colony Theatre in this file photo from October 2014 .(Photo by Ross A. Benson)

“The purpose of the event is to help fund the mainstage musical Hairspray being put on February fifth and sixth at 7:00 p.m. and on February seventh at 12:00 p.m.,” added Myers. “With the rising costs of producing a mainstage musical, this great opportunity wouldn’t be possible without the generous support of the community to keep arts education alive in our schools.”

Tickets are $25 general admission for adults and $10 for students and seniors and include refreshments. Desserts and drinks will provided by Luther Burbank Middle School’s Catering Class under the direction of Lisa Raluy.

Doors open at 6:30 p.m. and the curtain rises at 7:00 p.m. The Colony Theatre is located at 555 N. Third Street in Burbank. Parking is available in the parking structure on the corner of Third Street and Cypress Avenue. 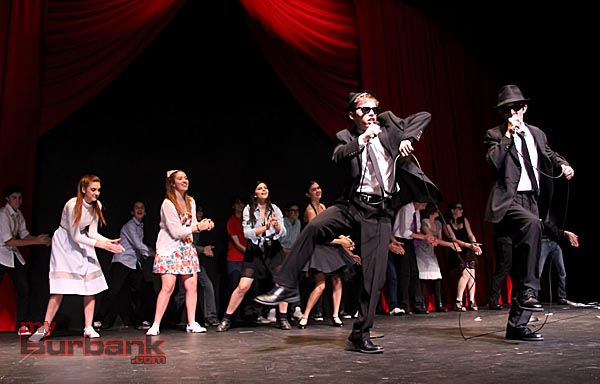 Nick Apostolina and Matt Bond lead the Music & Comedy Night cast in a rousing rendition of the Blues Brothers’ “Everybody Needs Somebody To Love” in this file photo from October 2014. (Photo by Ross A. Benson)