John Burroughs High School Drama program presents its final play of the 2015-16 season with George Washington Slept Here on May 6, 7 and 8 in the school auditorium.

A Broadway hit which debuted in 1940, George Washington Slept Here chronicles the comedic antics that ensue when some New York City folk buy a fixer-upper in the pastoral Pennsylvania countryside. 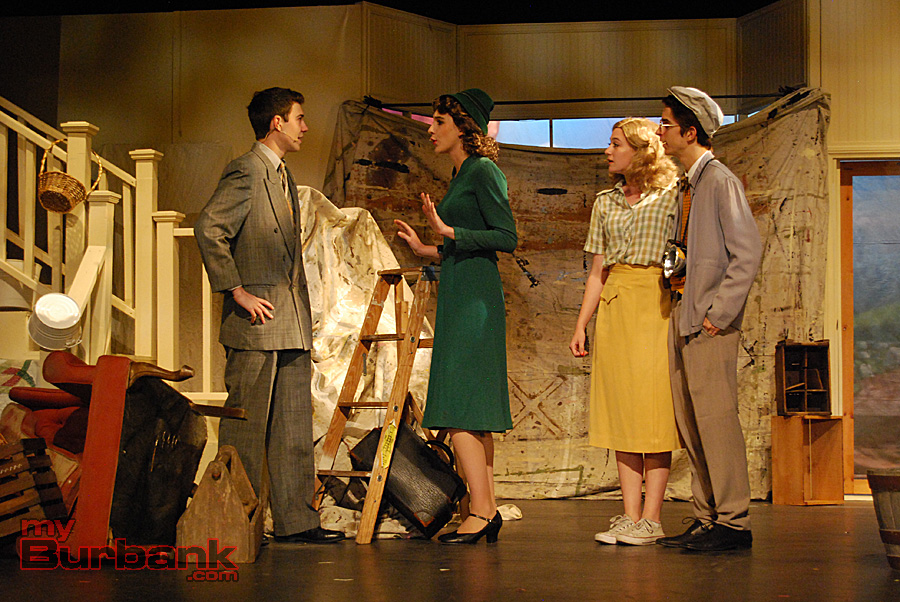 Written by the classic stage comedy team of George Kaufman and Moss Hart, the play begins simply enough when Newton Fuller, portrayed by senior Daniel Beimford, buys a country home in need of some repairs.

“Owning a new home brings on new problems from the expected to the ridiculous. The roof leaks but they have no water. They can’t get to their own home because the obnoxious neighbors own the very road that leads to their doorstep,” explaines JBHS Drama Director Guy Myers. 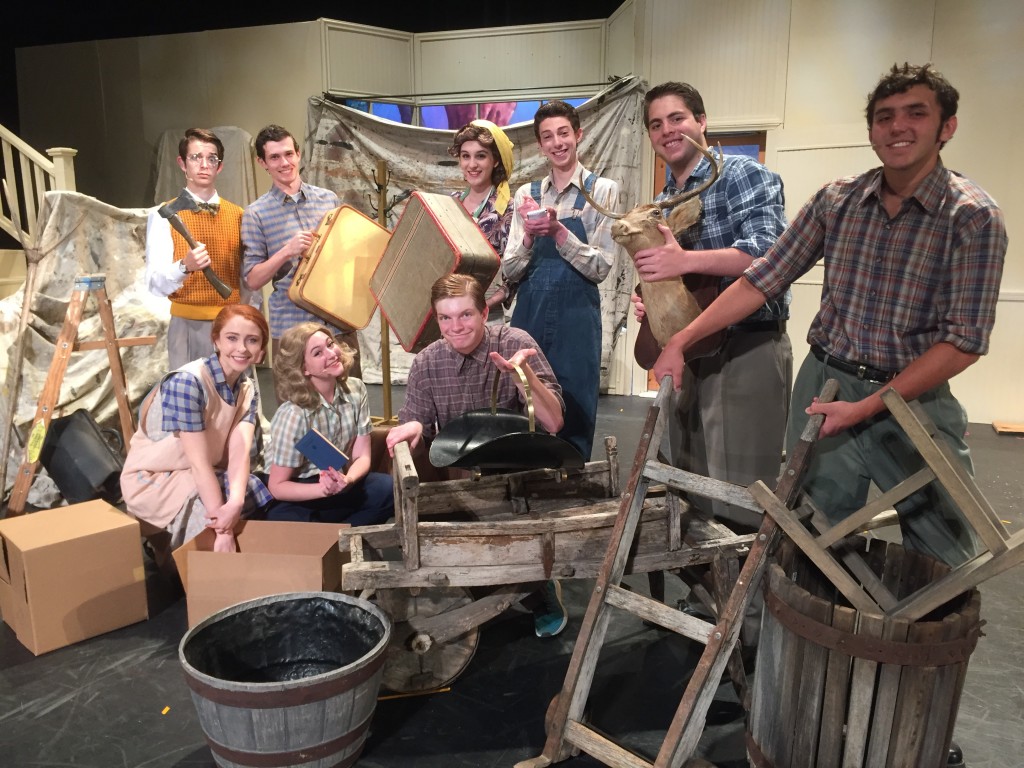 “The undisturbed peace they were seeking is interrupted by an invasion of weekend guests and a couple of very high maintenance relatives. Add in a pair of summer theatre actors bringing their own personal drama, a bratty nephew getting in the way, an onslaught of the seventeen year locusts and a possible bank foreclosure, and audiences are sure to enjoy watching Newton and his family try to save their dream home!”

“This is a classy show with a hilarious ending. Playing opposite my dear friends from the past four years has been incredibly special,” commented senior Madison Mayer who plays Annabelle Fuller. 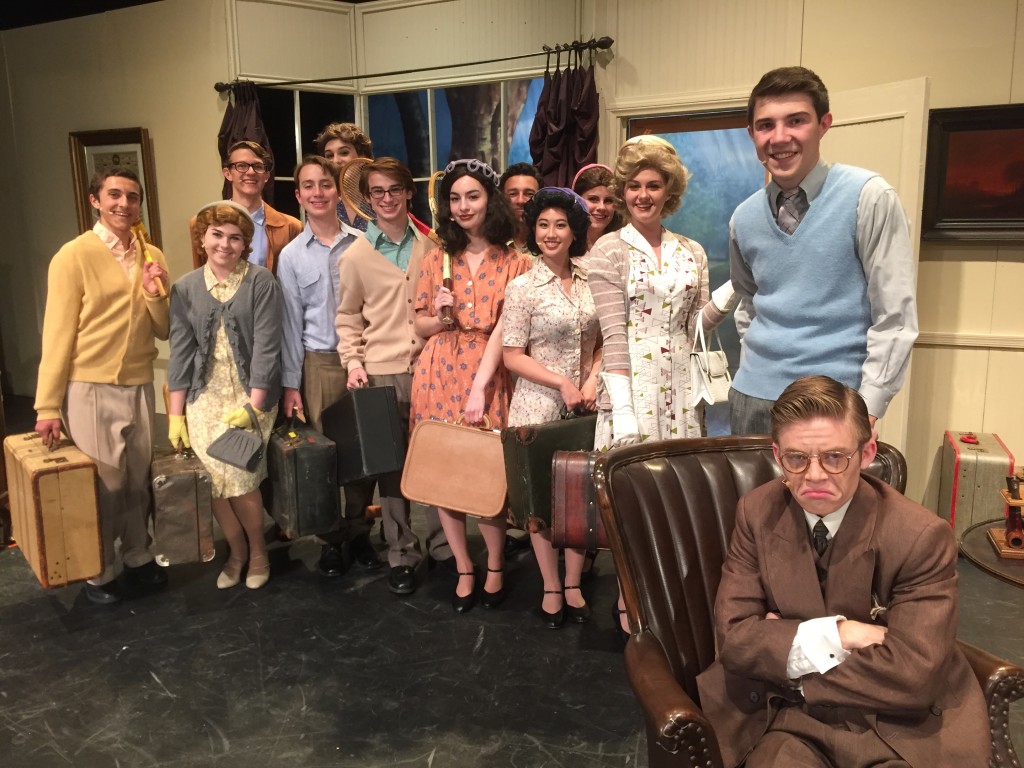 “I’m extremely lucky to have gained theatrical experiences as well as life long friendships through the drama program here at JBHS, and this is the perfect show to wrap up my time here.”

“I’m lucky enough to get to play Hester, the maid, alongside my friend Faith playing the cook,” said junior Maddie Seiffert. “We have a lot of fun backstage with tech crew since this is an incredibly complicated tech show and we are all in it together.”

“Tech is doing a great job and being very patient with us as we destroy the set every night and it’s honestly been just a blast backstage! I wouldn’t trade it for the world.” 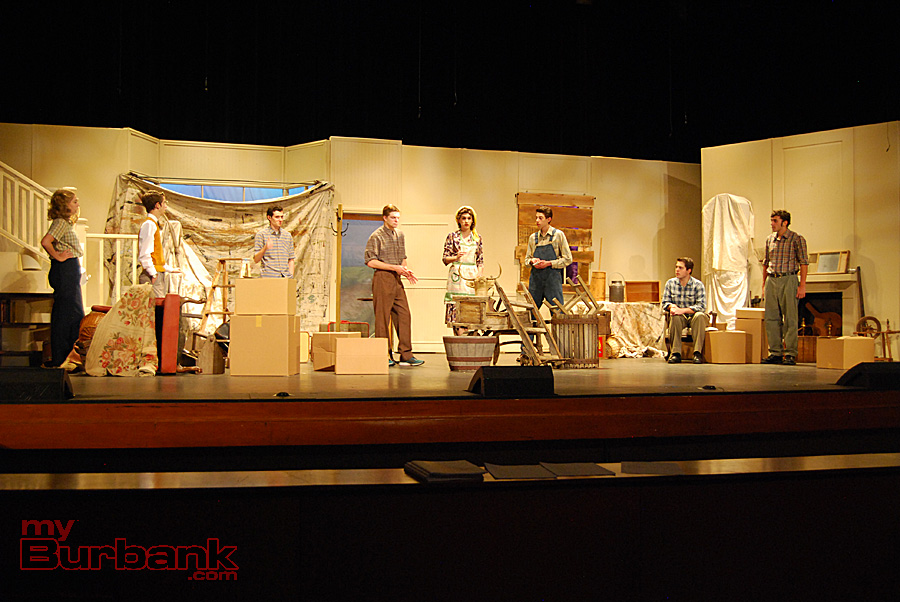 “This year’s students have set a new standard for professionalism, talent, and dedication,” added Myers. “We’ve had so much fun working together on this show, and I think that audiences will see that on opening night.”

“This play is all about home being what you put into it and the people you spend your life with, and it has been a treasure to build this home with the drama and tech students.”

George Washington Slept Here runs Friday and Saturday, May 6 and 7, at 7:00 p.m. at the John Burroughs High School Auditorium and ends with a matinee on Sunday, May 8, at 2:00 p.m. Tickets are available at the box office before the shows or online here. 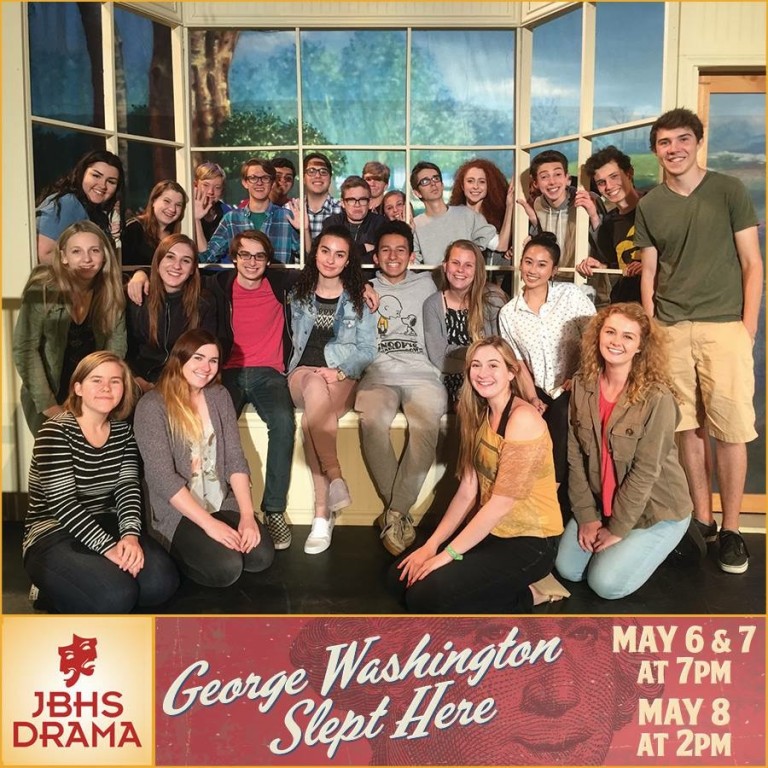