Written by members of the Tectonic Theater Project, The Laramie Project looks at community members’ responses to tragic story of Matthew Shepard, who was kidnapped, badly beaten and left tied to a fence in the middle of the prairie outside Laramie, Wyoming, in October 1998.

The twenty-one-year-old student from the University of Wyoming was not discovered until the next day, and he died several days later in a nearby hospital. Shepard was attacked because he was gay. 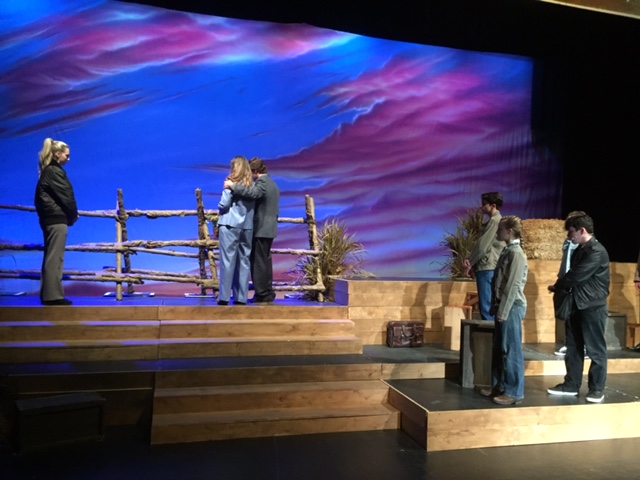 After the beating and death of Shepard and during the trial of the two young men accused of the assault and murder, members of the Tectonic Theater Project made six trips to Laramie over a year and a half and interviewed more than 200 people in the community.


“Aaron Kreifels is the one who finds Matt by the fence,” explained junior Xander Taylor, who portrays Kreifels. “I knew it would be a tough role to play, considering what he goes through.”

“Witnessing someone near death, trying your best to save them.. It’s heartbreaking.”

“The beautiful thing about The Laramie Project is that it represents all of the different opinions and outlooks on the situation,” added Taylor. “It’s a slice of real life.” 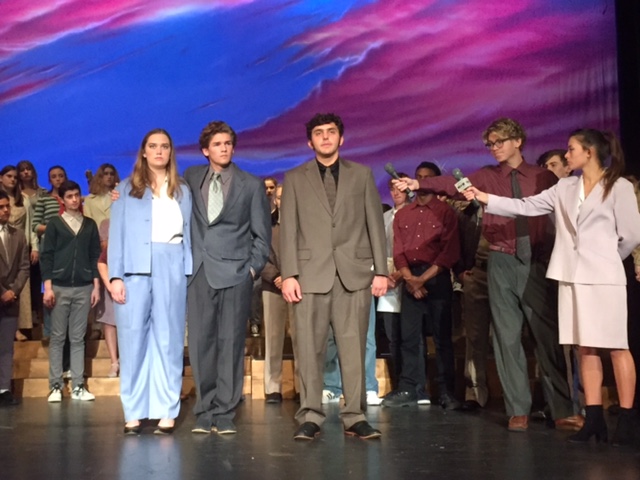 “Due to the level of talent and the incredible student interest, this is the largest cast for a play we have ever had so far,” commented director and Drama teacher Guy Myers. “Over 50 students are giving their hearts to create a profound night of theater that you will not forget.”

“This true story of the beating and murder of a young gay man and the impact it had on the city of Laramie, Wyoming, feels so timely even now, 19 years later,” he said. “I am so proud of the dedication and support this cast is showing at rehearsals and we are so honored to bring this production to the stage.”

“I play Catherine Connolly, a University of Wyoming professor in her forties who was the first ‘out’ lesbian faculty member,” commented sophomore Laura Brown. “I feel very privileged to be a part of this cast of talented people who I believe truly care about this story.”

“I know that although The Laramie Project was created almost 20 years ago, its presentation of differing viewpoints opens a dialogue that is relevant and critical for audiences today,” she added. 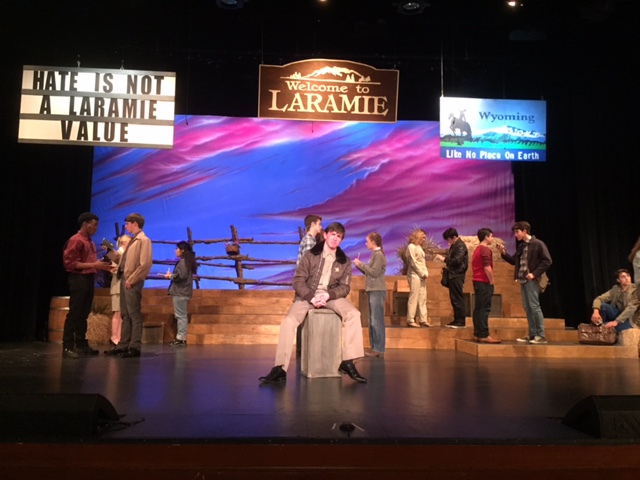 Senior Sierra Spencer is the student producer for The Laramie Project. Her job is to record all of the staging, blocking and any changes made during rehearsals by the director. She also sends out the schedule daily before rehearsal.

“I love being  able to be a part of the show in an aspect that isn’t necessarily acting,” Spencer said. “I love theater and the creative process behind theater but I’ve realized my interest isn’t in acting.”

“Watching this play go from the read through to the stage it is now… has been such an amazing experience. I’m always so impressed by how people my age are able to handle a piece like this with such integrity and translate the message so well.” 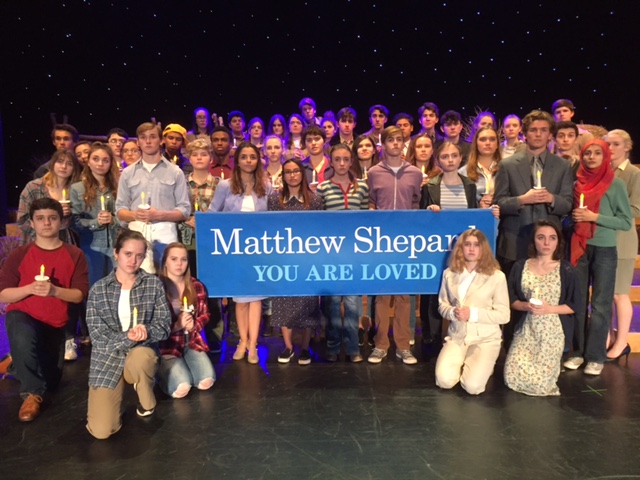 “I feel very honored to be in such a beautiful and relevant show that has such a powerful meaning behind it,” said junior Veronica Haug. “The cast is so great and all the group scenes are so powerful. My character, Marge Murray, is like the fun grandma and she is such a fun person to portray.”

“Mr. Myers is an amazing director and always is able to take meaningful plays like The Laramie Project or last year’s play To Kill A Mockingbird and handle it with such integrity and make the end result something beyond high school theater,” added Spencer.

Tickets are $15 general admission and $10 for students and seniors. They are available in advance here or at the box office before the show. More information on JBHS Drama and their upcoming shows can be found on their website.

The Laramie Project will run for three performances at the JBHS auditorium on Friday and Saturday, November 17 and 18, at 7:00 p.m. and Sunday, November 19, at 2:00 p.m. John Burroughs High School is located at 1920 W. Clark Avenue in Burbank.