Based on the novel by Dave Barry and Ridley Pearson, the Tony-award-winning Broadway drama written by Rick Elice with music by Wayne Barker, tells the origins of Peter Pan, Wendy, the Lost Boys and Captain Hook. 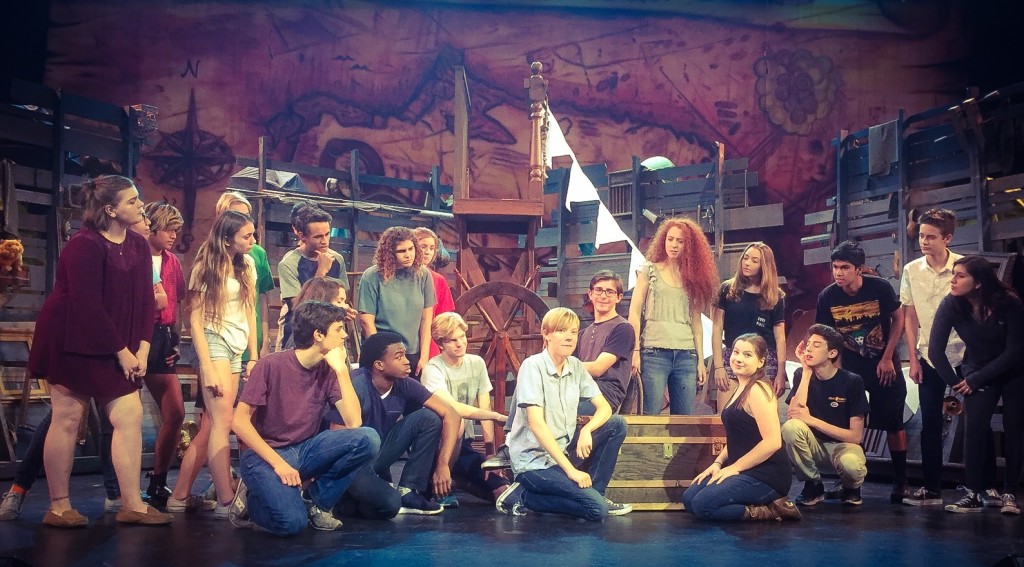 “This is one of the most high energy casts I have ever had the pleasure to work with and they have worked incredibly hard to bring this fantastic adventure to life,” commented Drama Director Guy Myers. “Their spirit of collaboration and generosity with each other during the rehearsal process has made working on this play so special.”

“An inventive theatre experience, Peter and the Starcatcher is for all ages and promises to be fun for the whole family!” 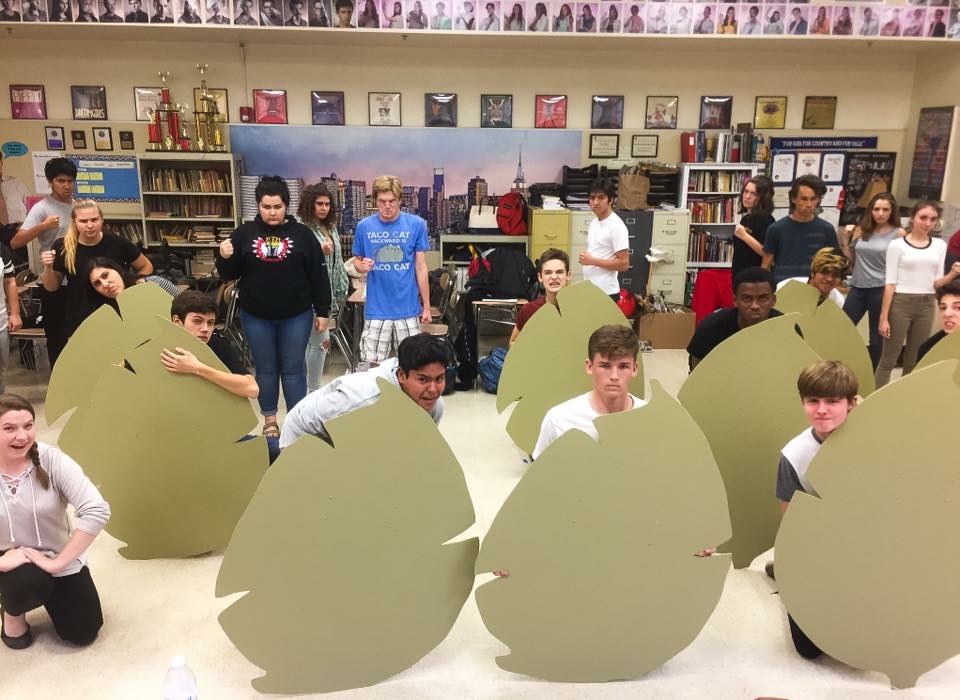 Senior Maddie Seiffert portrays Starcatcher-in-training Molly Aster who joins a group of orphans after their ship is taken over by the pirate Black Stache, played by senior Sully Zack.

Black Stache is “hands down one of my favorite roles out of every show I’ve been in, ” said Zack. “Black Stache is the classic character Captain Hook, before he becomes Captain Hook. The Stache is ‘cunning,’ ‘beguiling,’ and ‘so much more than a ‘lawn on the lip.'” 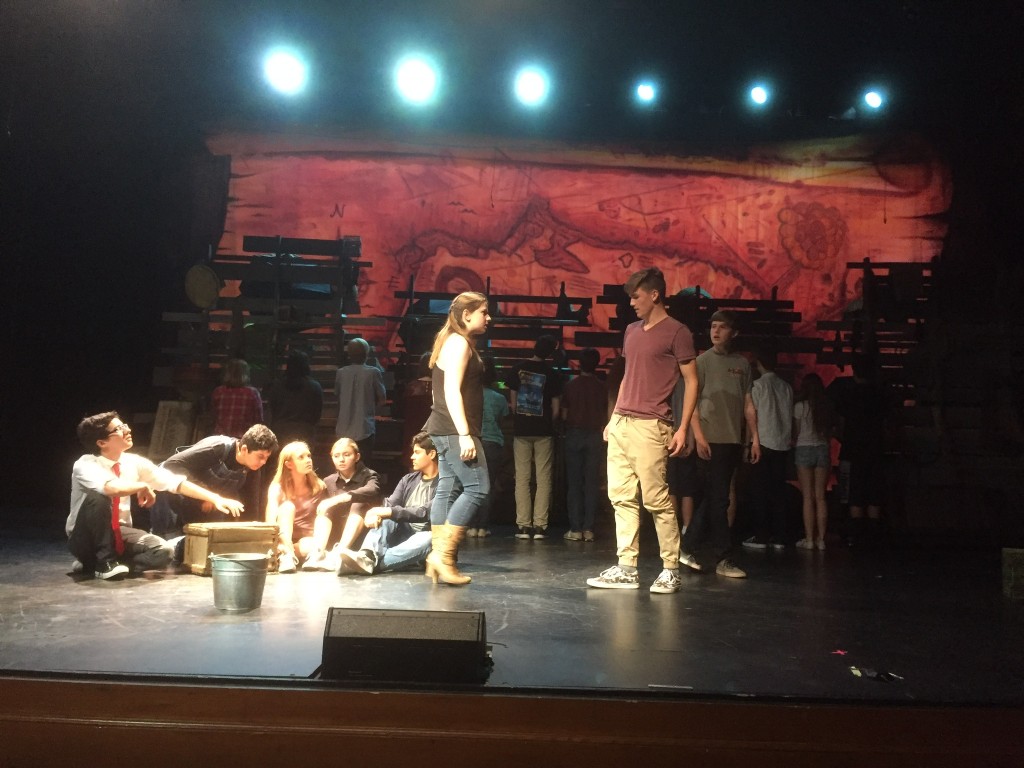 “And through the show, you will see him transition from the Stache into the classic Captain Hook character we all know,” he added. “I’m so thrilled, and lucky, to get to play such a zany and hilarious role.”

“Playing Molly Aster has been a dream of mine since I first saw Starcatcher,” commented Seiffert. “She’s the hero in a time when girls weren’t allowed to be leaders, and she’s a strong and powerful character.” 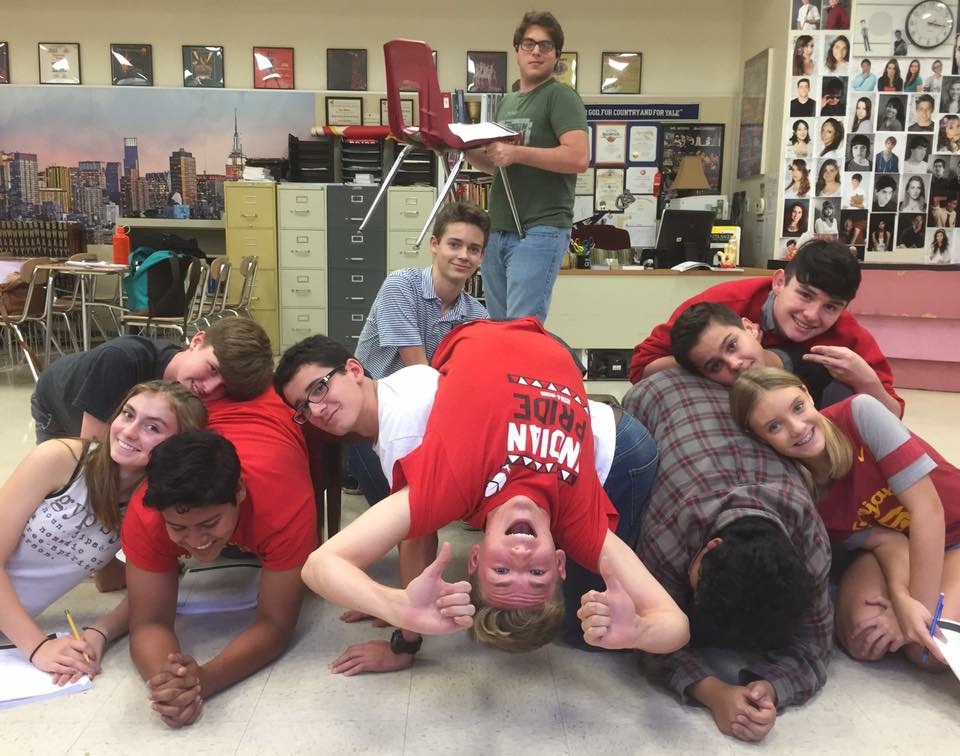 “I couldn’t be happier performing Starcatcher with this cast. I’ve gotten so close with our lost boys and working alongside Jack on his first show has been so much fun. He’s really talented and a joy to work with. Sully blows me away every rehearsal and makes us all choke back laughs with his comedic genius. Mr. Myers gave us the true dream team and it shows on stage. Our connection is indescribable, and I wouldn’t change a single thing.”

“It’s been a lot of fun to be part of such an imaginative and hilarious play and an honor to share the stage with this talented cast,” said Weerts. “One thing I love most about the play is that it will entertain and immerse both children and adults alike.”

“I am grateful to Mr. Meyers, the tech crew, our musical accompaniment, and all the people behind the scenes that have helped in bringing this magical story to life.” 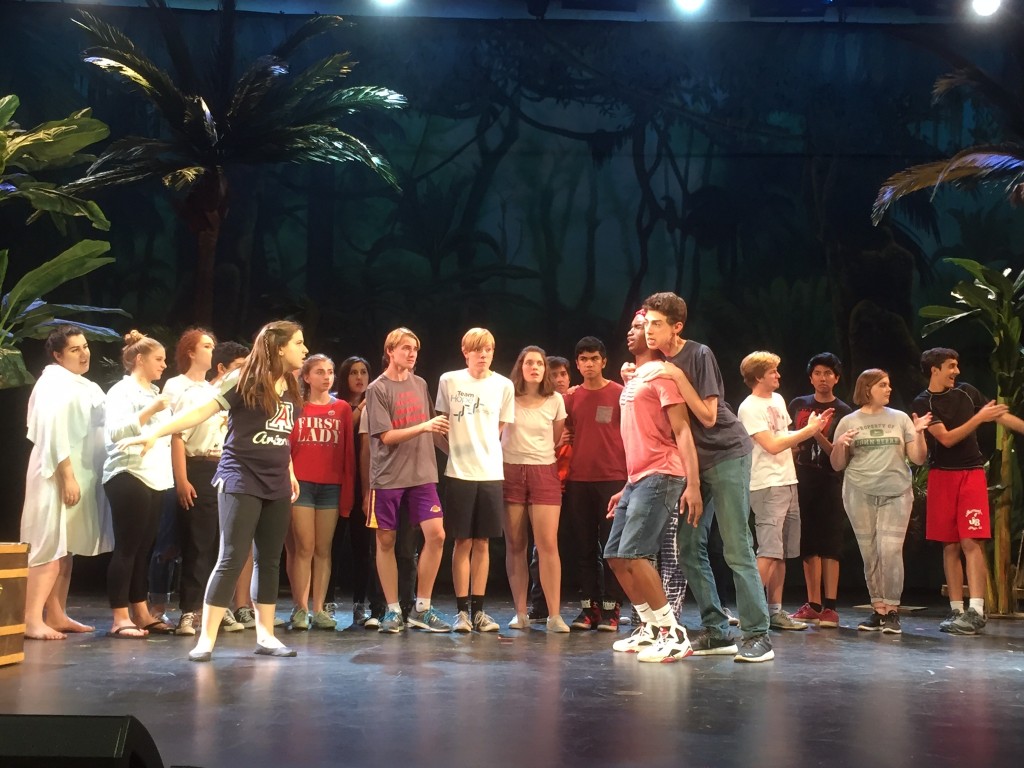 “It is an experience unlike any other,” added student producer, senior Talya Cohen. “What I enjoy is seeing the actors learn and grow into their characters, while also seeing the show come together piece by piece. Also, as a senior it’s pretty incredible to see the new faces learning how our program puts on great shows!”

“The rehearsal process has truly been a blast! Our show is very unique in the sense that everyone in the cast also doubles as a member of the ensemble, playing sea folk, or crazy Mollusk natives or even walls!” enthused Zack. “Because of this, I’ve gotten to spend time with old friends, as well as make new ones, and our Starcatcher cast has become a family–it’s really something special.” 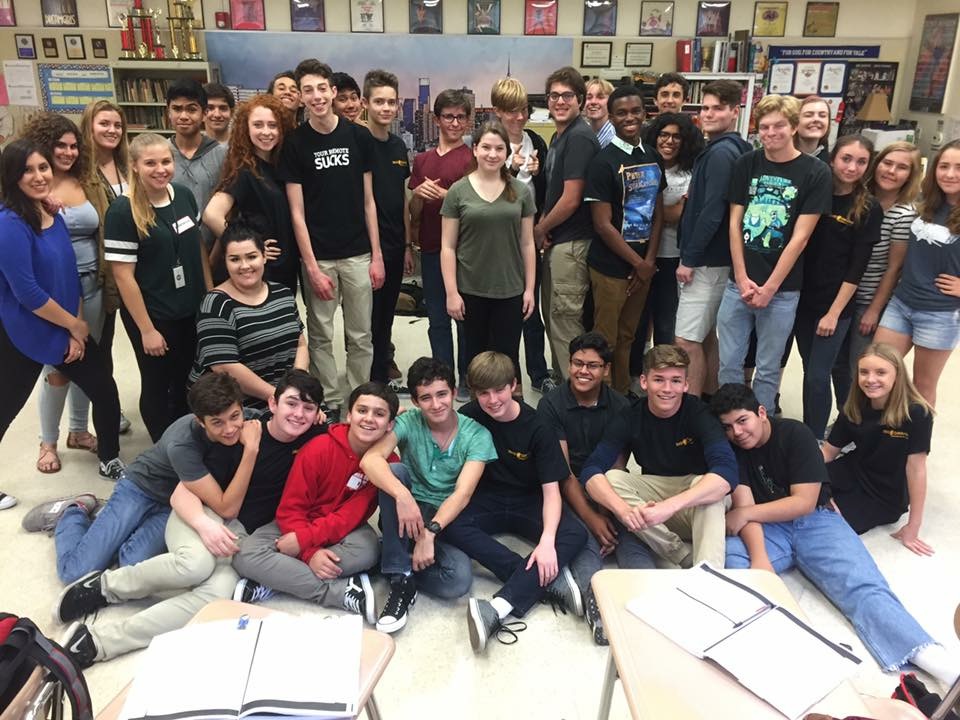 “I want to thank everyone in the cast, for their hard work and the energy they bring to our show!” added Zack. “I also want to thank our Peter (Jack Weerts) and our StarCatcher (Maddie Seiffert), for their hard work, Paris Stacy, who brilliantly plays the role of Smee, my right hand man, and of course, Mr. Myers, our drama teacher and director, for his vision and guidance and his dedication. Prosciutto!”

Tickets for JHBS Drama’s production of Peter and the Starcatcher are available at the door and online at this link. The show begins at 7:00 p.m. on Friday and Saturday and at 2:00 p.m. on Sunday. 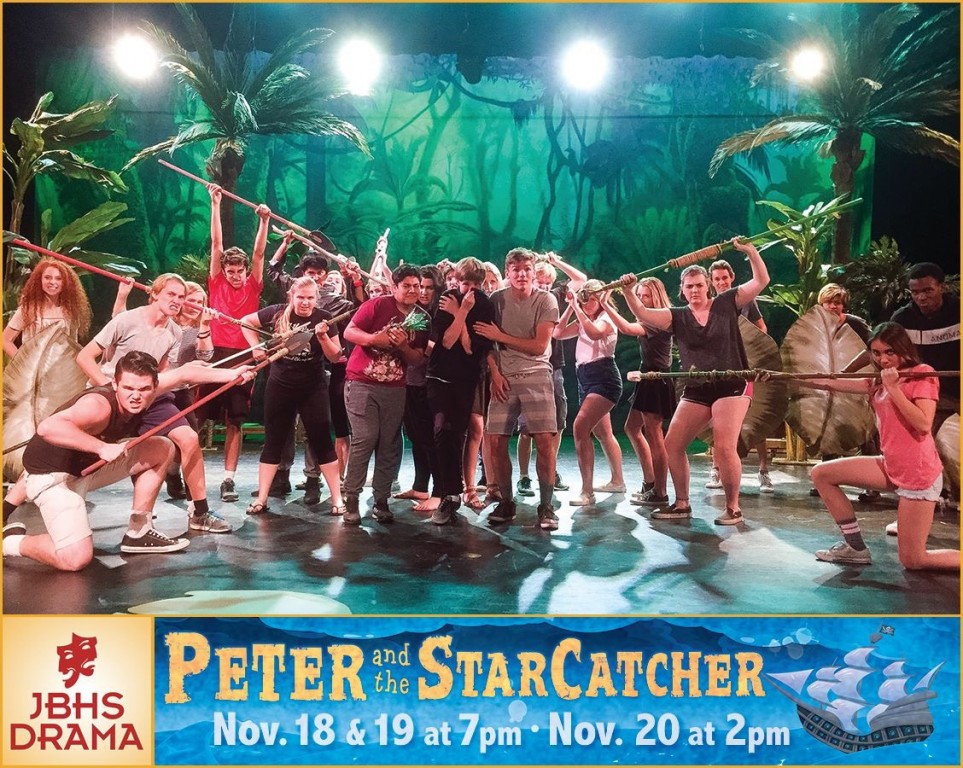