John Burroughs High School Drama Department presents The Iliad, The Odyssey, and All of Greek Mythology (in 99 Minutes or Less) in the school auditorium this Friday through Sunday, May 10 – 12.

With a book written by Jay Hopkins and John Hunter, the play is a mashup of well-known Greek myths given a contemporary twist: “In this easy to understand comedy, you will see Gods and Goddesses walk the red carpet, learn about the creation of mankind and how the gods botched it up and witness Pandora’s fateful decision to open that ominous box! Famous love stories are presented like dating shows and Greek Wars and tragedies are presented like sporting event highlights, with costume changes and madcap mayhem!” 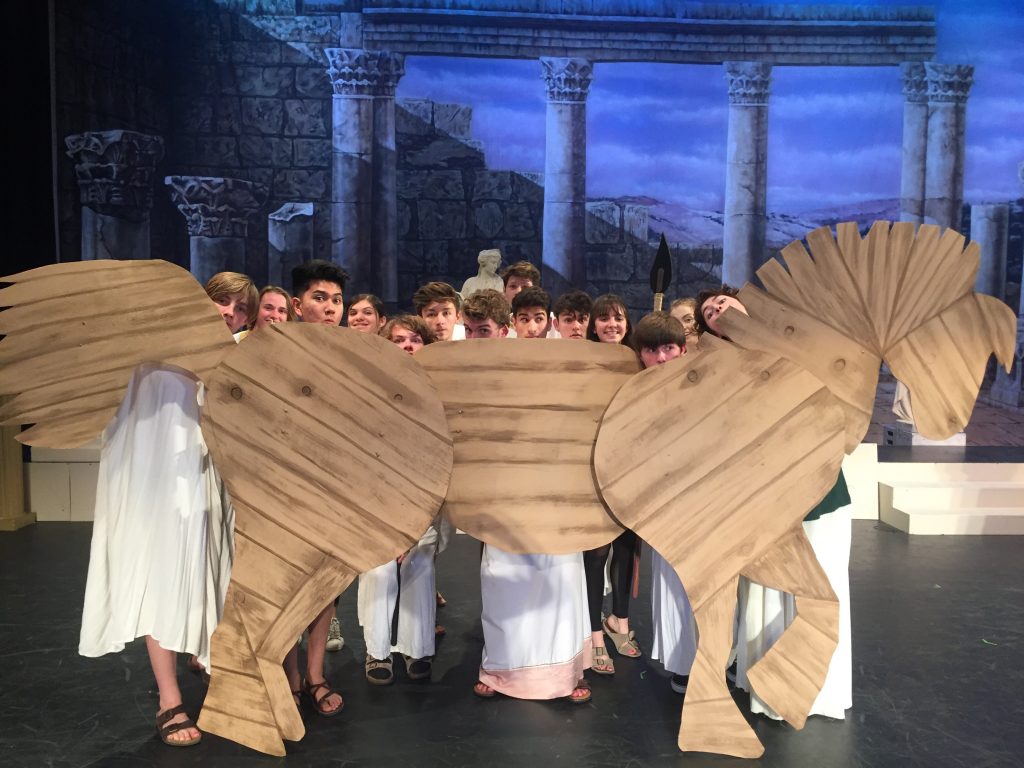 “In The Iliad, Helen of Troy gets kidnapped, leading to a ten-year slap-fight of epic proportions followed by The Odyssey where Odysseus attempts to get home for another ten years while fighting seductresses, monsters and even the Gods themselves!”

“This show, The Iliad, The Odyssey, and All of Greek Mythology (in 99 Minutes or Less), has been a joy to be a part of!” commented senior Caroline Dowers. “A majority of the cast is playing multiple roles which gives everyone a chance to explore fun and interesting character choices!”

“I am playing the characters Thetis, Chlamydia, Carol and Trojan Soldier – they are all very different from one another and a blast to play,” Dowers added. “This play is the last addition to my list of fun and memorable productions I have been a part of at JBHS.” 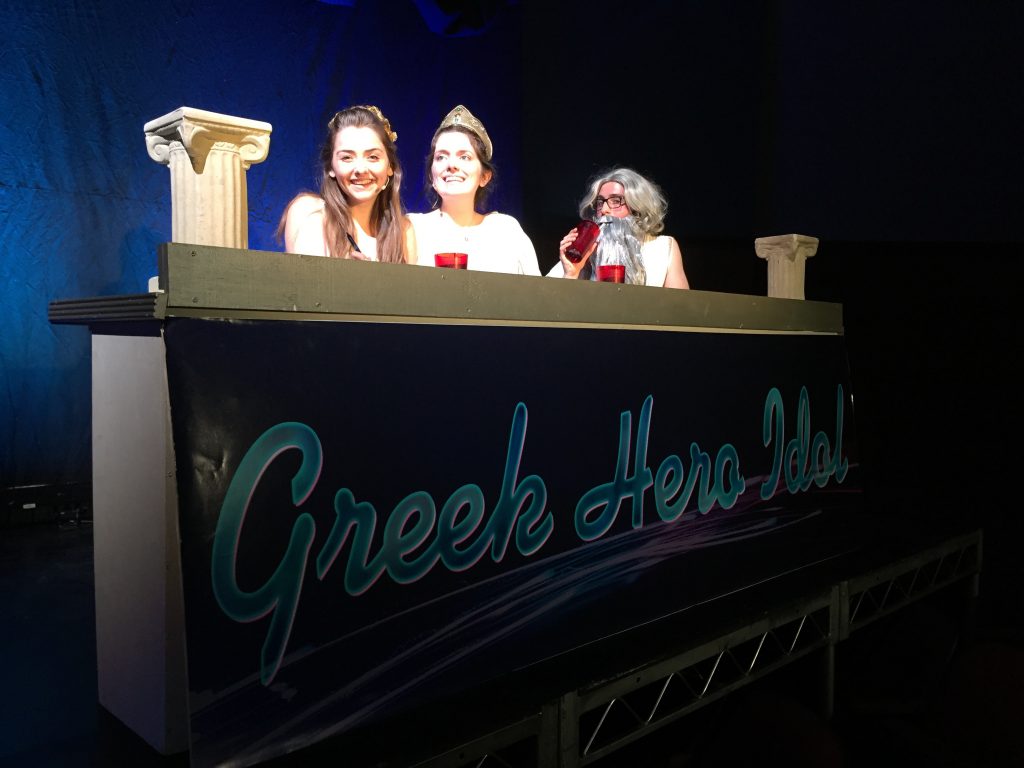 “It is my last show with the Drama Department and I will surely miss being a part of the phenomenal productions we have put on, but I am glad to be leaving with joyful memories and amazing friends!” she also said.

“I’m so grateful for the opportunity to have this production be my final performance at Burroughs,” said senior Jack Weerts. “It’s so high energy, with constant action and constant hilarity, it’s certainly not a show you can get tired of!” 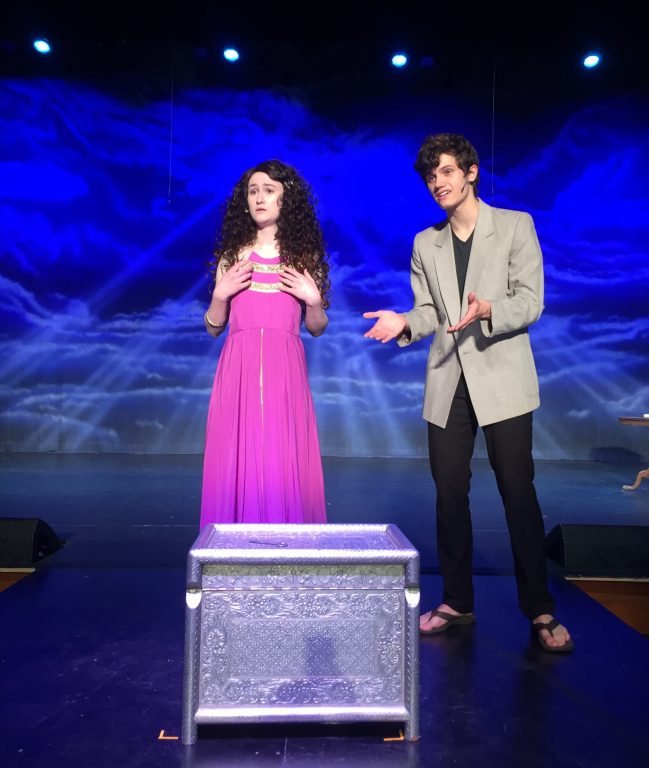 “I am loving the challenge of playing seven different parts in the play, from a Cyclops to the Greek Hero Theseus, and could not ask for a better cast or a better director than Mr. Myers,” Weerts added. “His vision always blows me away and is making this show one of the most fun productions I’ve been a part of. If you have 99 minutes to spare in your day, bring your stopwatch and stop by!”

“This is a slapstick farce that has made rehearsing this show one of the most fun we have ever worked on,” commented Drama Department head Guy Myers. “The script allows the students some freedom to improvise, and I am always impressed with how hilarious they are while thinking on their feet.”

“Each actor plays many roles as they speed through all of Greek mythology, making this show educational and entertaining.”

“Inventive staging, physical comedy and ridiculous characters make this show a great choice for the whole family!” he also said. “AND we are offering a free ticket to any junior high school student who shows up to the box office with their middle school ID with them!”