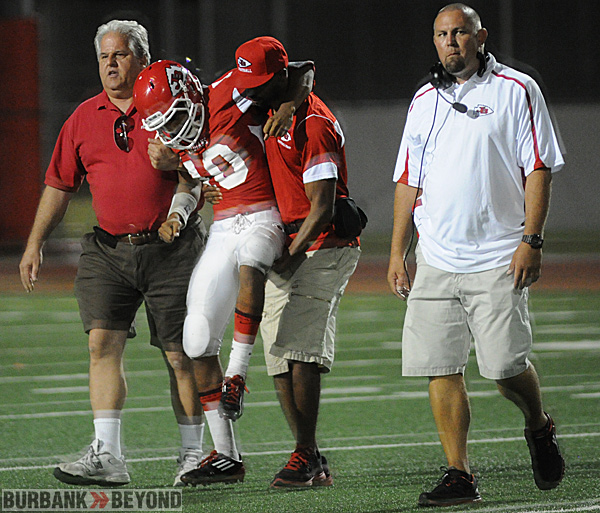 This wasn’t what the doctor ordered. In their regular season opener on Friday night at Memorial Field, Burroughs lost to Paraclete of Lancaster, 35-10, but in the process lost its first and second string quarterbacks during the contest. The severity of the injuries to Andrew Williams and Angel Manzanero was unknown immediately after the game.

Playing against a tough, physical Paraclete team that has won two CIF championships since 2008, Burroughs went toe-to-toe for the entire first half. But a huge mistake at the end of the half by the Indians changed the complexion of the game. One play doesn’t determine a game but it can sure define it.

Trailing 7-3 and facing fourth and 11 from the Paraclete 35-yard line, the Indians ran a jailbreak screen pass intended for wide out Conor Joyce. Williams completed the pass to Joyce only to have Spirit linebacker Christian Ruiz strip the ball from Joyce and scamper 59 yards the other way for a touchdown with only 18 seconds left. A four-point deficit quickly became an 11-point hole for the Indians. 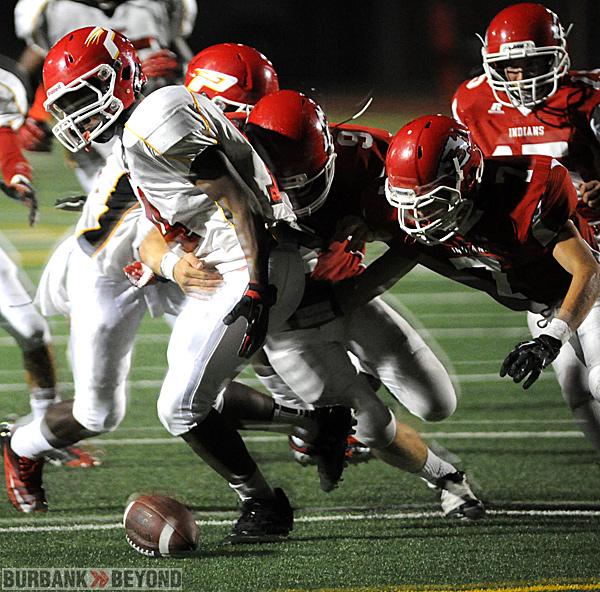 “It was a mental error. We blocked the wrong guy, guy comes free, strips the ball and goes for a touchdown,” Burroughs Coach Keith Knoop said. “That was a momentum swing right there. They came out all fired up in the second half.”

The second half was dominated by Paraclete. After forcing a poor Burroughs punt on the initial possession of the half, the Spirits took over on the Indians 35-yard line. With JBHS limiting Paraclete to only four yards on the first three plays, the Spirits chose to go for it on fourth and six. A well-executed wheel route resulted in a 31-yard touchdown pass along the Paraclete sideline and a 21-3 advantage with 8:01 left in the third quarter.

But Burroughs wouldn’t go away. Following a fumble recovery on a Spirit punt, the Indians came right back and scored on a one-yard run by senior tailback Israel Montes with 6:32 left to cut the deficit to 28-10. 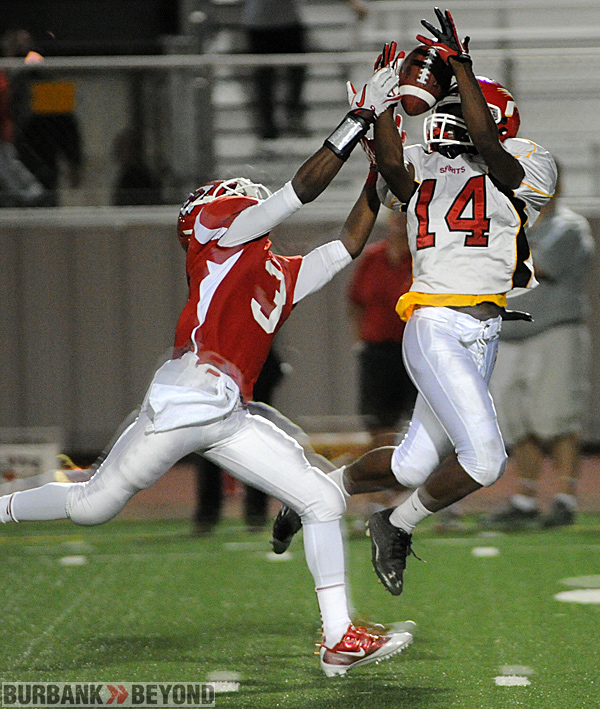 Montes did all he could for Burroughs as he rushed for 102 yards on 18 carries. Josh Storer contributed 70 yards on seven carries.

The big concern right now for Knoop is the health of his two quarterbacks. Williams suffered a sprained left ankle. He completed seven of 12 passes for 56 yards in his varsity debut. Manzanero appeared to have the wind knocked out of him but he couldn’t return to the game either. The Indians turned to junior receiver Oharjee Brown for the final couple series of the game.

Burroughs returns to action next Friday in a 7 p.m. matchup against North Hollywood at Memorial Field. Despite the loss, Knoop found some positives after the game.

“We played hard. We competed with the exception of giving up some big plays,” Knoop said. “We just have to get better. It’s hard to tell until you play a real game what you have to work on.” 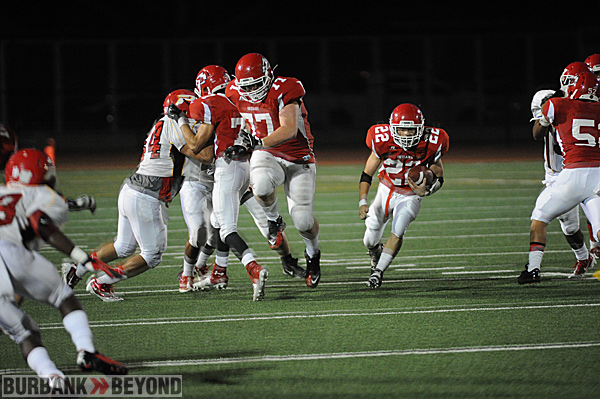