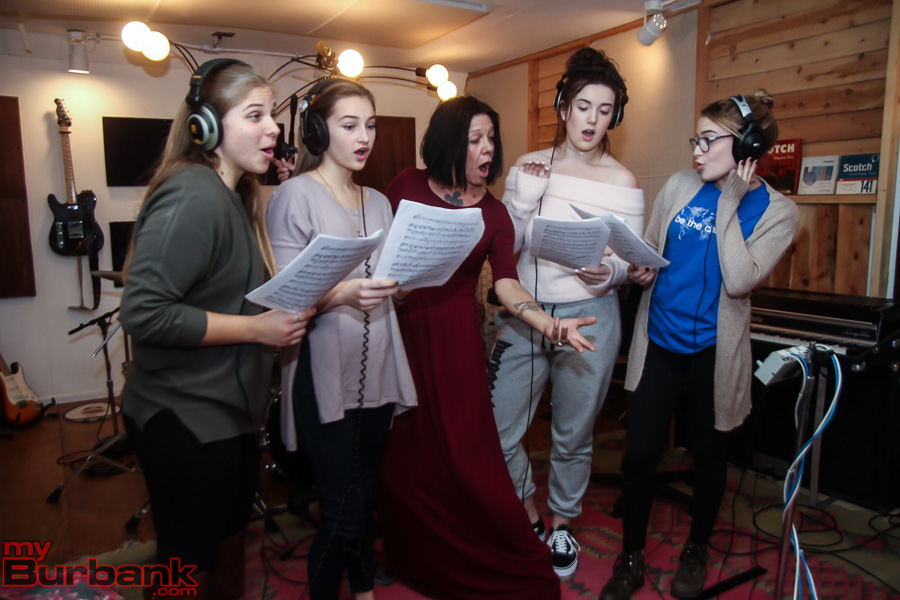 The JBHS choir students “were very, very talented,” commented Guarino. “I was really surprised. We only needed one or maybe two takes and we were done. And, Johnette was great; she was amazing.”

The “Silent Night” release is part of a larger recording project headed by Todd Jensen, who’s son participates in the JBHS VMA program. Several songs have been recorded to date and are available on the JBHS VMA page on Bandcamp. They are part of a planned 14-song compilation called “Raise Your Voice” that began taking shape in 2015 and features mostly original material penned by the students.

The songs are available exclusively on Bandcamp, which pays the highest percentage of sales to the artist compared to other digital music services. Out of every dollar spent on musical downloads, 85 cents is paid to JBHS VMA, explained Jensen.

“It’s been a pleasure helping them out,” said Guarino, who donated his time to produce two tracks so far. “I had a lot of people helping me out in my career and it’s important to send the elevator back down and help others.”

The “Silent Night” recording session came together quickly in early December, with North Hollywood’s ReadyMix Music donating recording space, equipment and engineer time. Owned and operated by Paul Horabin and Sarah Taylor, the studio first connected with members of JBHS VMA who went in to record a track as the group LA Noize in August. 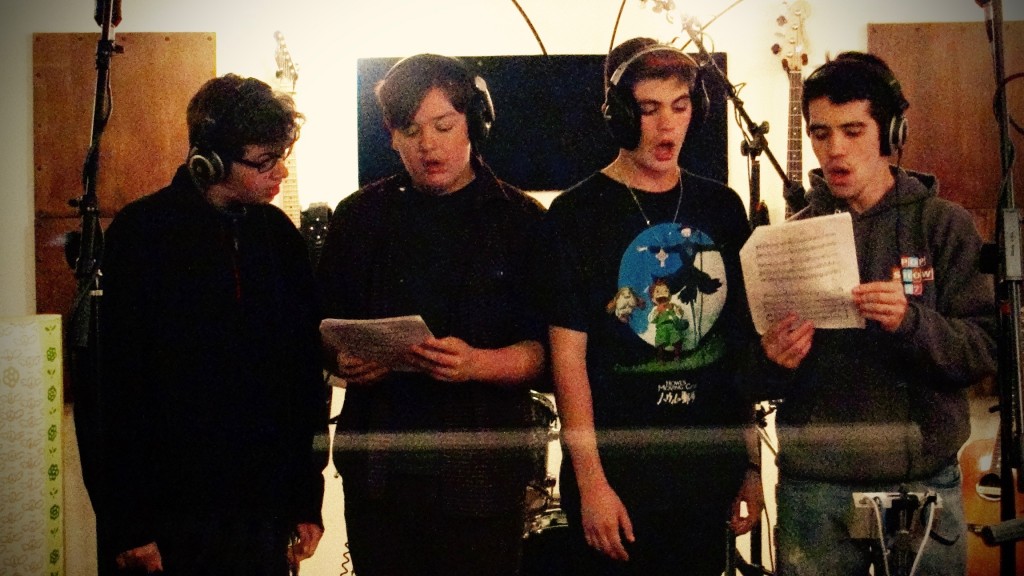 “I owe my musical foundation to the public schools I attended,” commented Taylor. “Aside from session work and running the studio,  I have also done several fundraisers with kids [for the] National Arthritis Foundation, The Help Group, Friends of the Family and volunteer every year to produce Madison Middle School’s talent show.”

“Johnette was so professional to work with,” commented Rohan. “She knew exactly how to get things done and it was so amazing to be able to watch a real-life recording artist work their magic in a studio!” 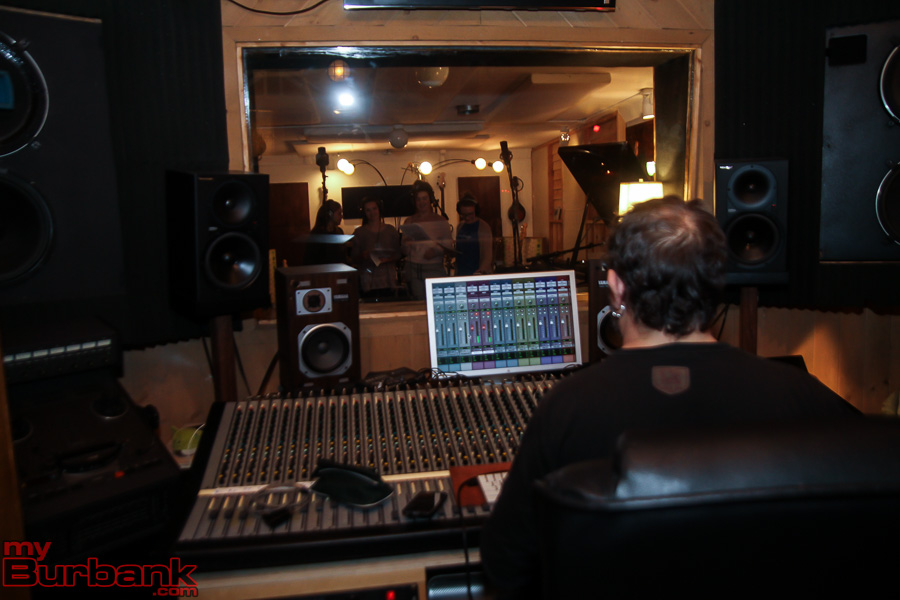 “During this experience, I learned how incredibly quiet you have to be in the studio at all times, whether it’s just you singing or an entire group of people,” added Rohan, who has been in a recording studio for voice-over work when younger. “That’s how you get the best results for a track.”

“This experience is one I will never forget. ‘Silent Night’ is such a beautiful song and is definitely one of my favorites during the holiday season,” she continued. “Getting to sing this song with Johnette Napolitano and a bunch of my friends in choir was a once in a lifetime experience!”

“The VMA is a wonderful program that changes people’s lives through the appreciation of music. It incorporates many different styles from classical to pop and it has been a marvelous way to share my love of music with people who feel the same way!”

“Silent Night” is available here for $1. A six song package, including a 2015 live version of “Anything Anything (I’ll Give You)” by Dramarama’s John Easdale and the JBHS VMA, is available for $5.95 on the site. 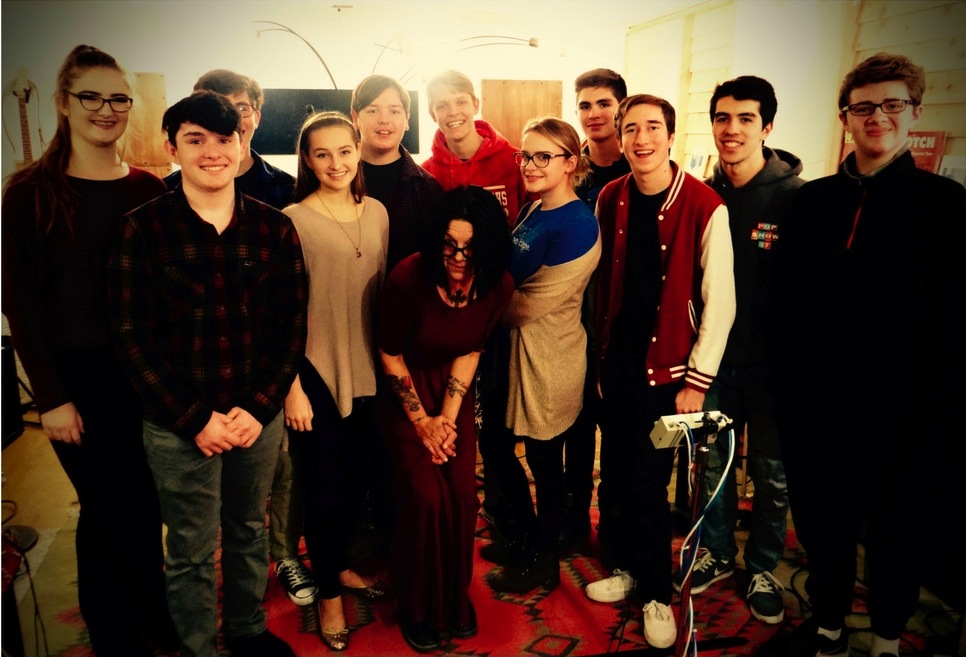