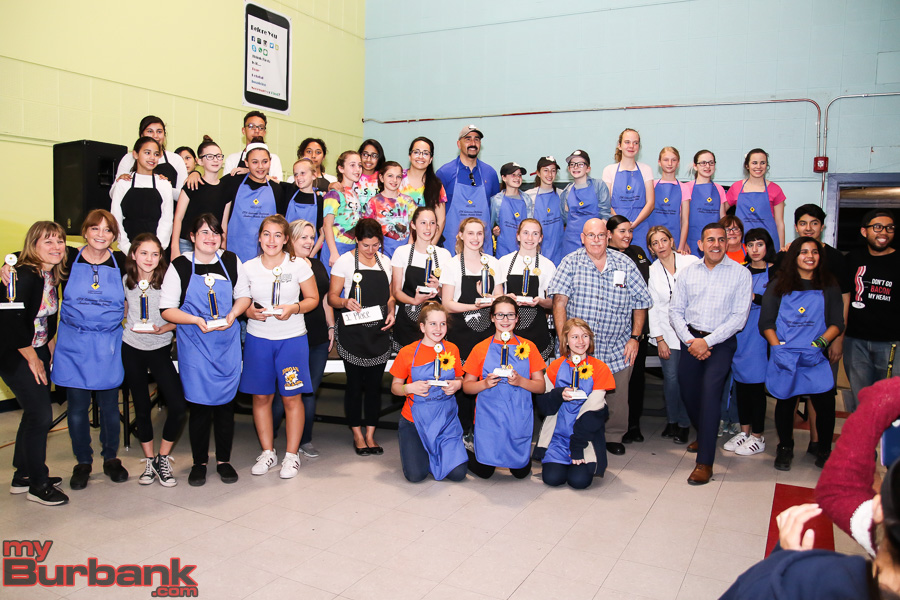 Students at David Starr Jordan Middle School competed in the annual CPK Culinary Challenge after school on Friday, February 24. Sponsored by California Pizza Kitchen, the event drew a lot of interest from students.

The challenge was met by eight teams with three students and one staff member from the school per team. The secret ingredient all teams had to use was chocolate. Each team wore coordinated aprons or shirts and used their personal team theme in the plating and presentation of their creations.

“The dishes were creative, decadent and impeccably presented,” commented Jordan Principal Stacy Cashman. “The teamwork, fun and spirit of competition were even better.”

“This was all made possible by the incredible leadership of our very own Jordan Culinary Arts teacher Chef Christina D’Andrea who planned and coordinated the entire event,” added Cashman.

D’Andrea’s catering class students passed around trays of appetizers and helped out with cleaning, serving and supplying the CPK Culinary Challege teams with tools and ingredients.

Parents were able to watch the cooking competition via live feed. They also toured the kitchen to watch their kids in action.

The CPK Culinary Challenge “is such a unique event that highlights the creativity, problem-solving and planning that is being taught to Jordan students. Thanks to CPK, students, staff and parents for such a wonderful night!” Cashman said.

“This event is a wonderful opportunity for students to work with teachers and staff, and get to know them at a fun level,” commented D’Andrea. “CPK has been an incredible support to our school, especially to my Culinary Arts program. This event would not be possible without their help.”

“I receive at least twice as many applications for teams than I am able to use because the interest is so high,” D’Andrea also said. “As a matter of fact, I am trying to come up with a smaller version [of the competition] to have during fall semester.”