David Starr Jordan Middle School teachers and staff recognized the first ever recipients of the Christopher Wilke Service Award on Friday, May 9, at the school’s spring seventh-grade award assembly.

“The Jordan staff created an annual seventh-grade award based on service, compassion and academic achievement,” commented Principal Stacy Cashman. “There were five Jordan students who stayed by Chris’s side in the hospital, visited with him often and treated him like the friend he was, despite the difficulties he endured from his illness.” 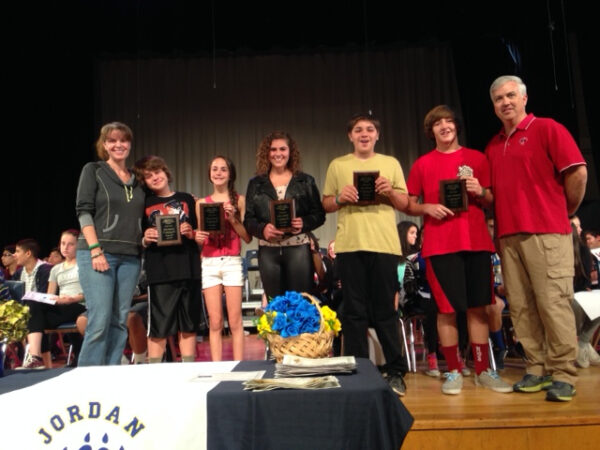 The Wilke family attended the awards ceremony and thanked the honored students for their friendship and compassion for their son.

“Although it was an emotional day, these students demonstrated maturity and compassion beyond their years,” said Cashman.