Scientists, engineers, researchers and staff from JPL visited John Muir Middle School on Friday, November 9, for a STEM event that combined hands-on projects, an up-close interaction with a Mars ROV-E 6 wheel rover and short presentations on exploring space and other planets and searching for extraterrestrial life.

Shannon Statham and Mana Salami held a joint talk on “How to Build an Interplanetary Exploration Mission.” Douglas Isbell spoke about “NASA’s Mars Rovers and the Power to Explore.” Curt Henry presented “Extremophiles,” a look at life that exists on Earth in extremely hot, cold, salty, dry or other intense conditions and how their existence affects the probability of finding life beyond Earth. 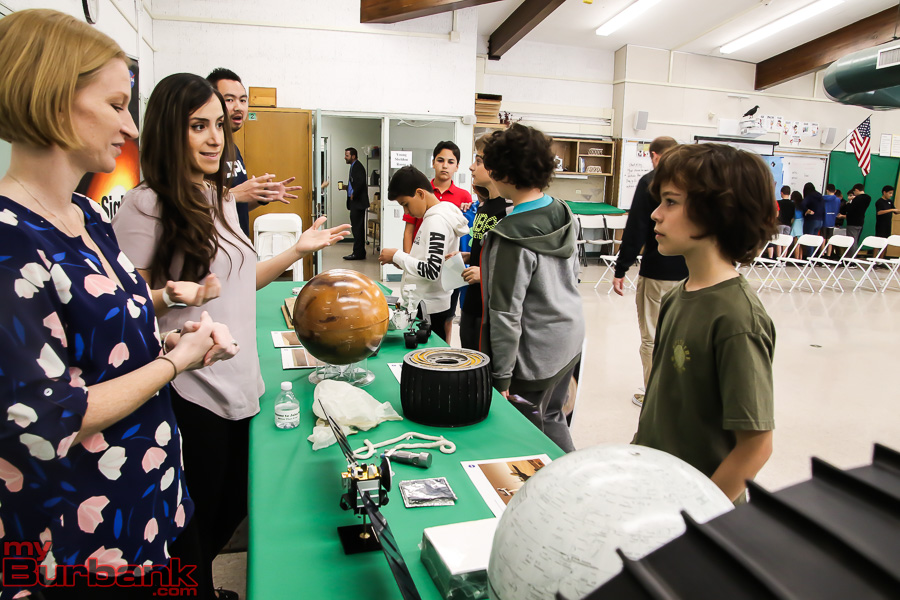 Rows of sixth-, seventh- and eighth-graders lined up to lay down and be “run over” by the Mars ROV-E 6 wheel rover, which depicts current rovers Spirit, Opportunity and Curiosity. 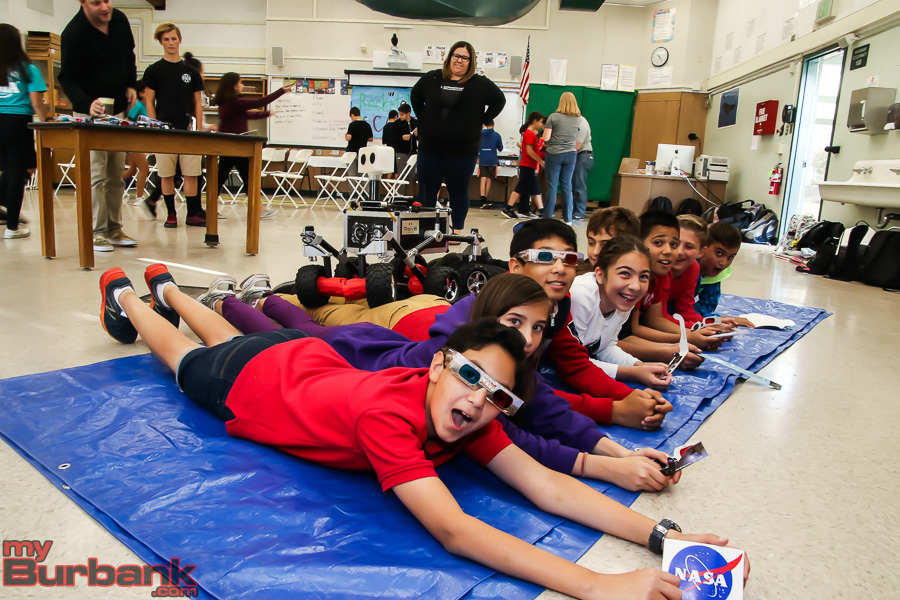 John Muir Middle School students had fun being “run over” by the Mars ROV-E 6 wheel rover. (Photo By Ross Benson)

“STEM outreach events provide students the opportunity to engage with scientists and engineers who actually create science instruments and rovers that are sent into space,” commented JPL Instruments Division Facility and Safety representative Nga Vu-Lintag, a Muir parent, who coordinated the event.

“It can spark excitement in the fields of STEM and help them understand what a future in STEM might look like. Hopefully, it encourages them to look into career paths they might not think of. Who knows, they could be the next generation of JPLers!” 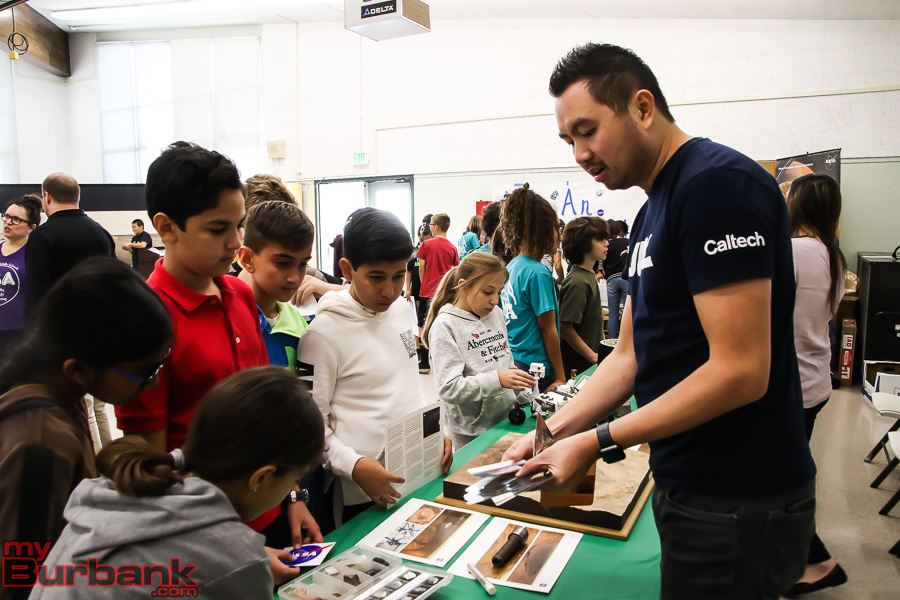 One week previously, on November 2, Muir eighth-grade science students got to experience what it feels like to visit other planets, stars and galaxies by entering a 35′ wide by 15′ high inflatable Planetarium set up in the school cafeteria by JPL.

John Muir Middle School students had fun being “run over” by the Mars ROV-E 6 wheel rover. (Photo By Ross Benson)