Country Music Star, Writer, and Actress Kasey Lansdale is throwing a fundraising and donation event, with the help of the folks over at Dark Delicacies. The event is scheduled for Tuesday, September 5th, and will benefit those affected by Hurricane Harvey. The Tuesday event is headlined by special guests and celebrity talent who are available for autographs at $20 an item. The guests include:

Organizers are asking that everyone who attends the event to please bring cash. Additionally, for those who can’t make it, an online auction will be set up and run live on Facebook. The auction will include items such as:

*Indie horror kids Graham Skipper, Chase Williamson and Jackson Stewart will also be in attendance! They got IFC to donate posters for them and Brea Grant to sign from Beyond the Gates! Crushing it!

We will have Walking Dead memorabilia or Photos of Pollyanna McIntosh from ‘The Walking Dead’ signed personally to you.

Volumes 3&4 of Clive Barker’s limited edition fine art book, will be up for sale.

Chris Cuffaro, who has “shot” every bad ass band in LA is donating a signed, framed photograph. He has also volunteered to do a photoshoot for anyone who wins the in store raffle. 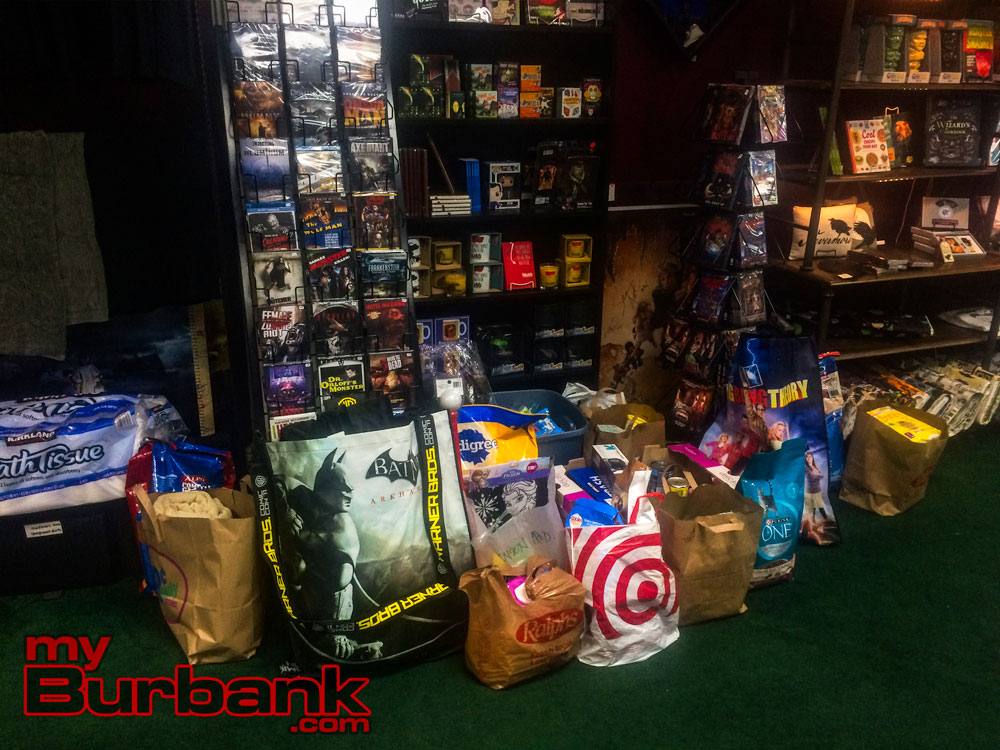 Donations had already started accumulating at Dark Delicacies and they have since run out of room in the store. If you are planning on attending the event and still want to donate, event organizers have asked that you please donate money instead. However, Dark Delicacies will also be accepting payment by card both online and in-store.

The event is on Tuesday, September 5 at 7 PM at Dark Delicacies, which is located at 3512 W Magnolia Blvd, Burbank, California 91505.

For more information, including new announcements regarding memorabilia up for auction, you can find the Facebook event page here. Hope to see you all Tuesday!