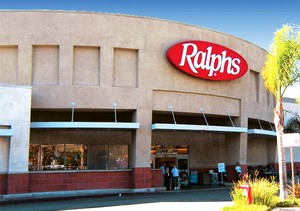 Police finally caught up with a pair of shoplifting suspects who used a knife to threaten store personnel at a Ralph’s market last week.

The incident began on February 13, when loss prevention officers at the Ralph’s market located at 2600 W. Victory Blvd., attempted to detain a female shoplifting suspect.  The woman’s boyfriend then got involved, and reportedly pulled out a knife and swung it at the loss prevention officers.   The pair then ran out of the store to their car.  Store personnel were able to provide police with video surveillance footage of the crime, along with suspect and vehicle descriptions.

Burbank Police Department detectives began investigating the case based on the information provided by the loss prevention officers.  They located the vehicle and the suspects near Victory Blvd. and Morella Ave. in North Hollywood on February 21, at 6 p.m., and arrested both suspects.

Rachel Iloui, 22, and Adan Martinez, 28, both of North Hollywood, were arrested for robbery, and transported to the Glendale Jail.   Bail for the suspects was set at $50,000 each.