World class show jumping excitement returns to the Los Angeles Equestrian Center with the L.A. National from November 6 to 10. Two weeks of horse competitions, which began with the National Preview Show October 30 to November 3, culminate with an Olympic-style, Grand Prix show jumping event on Saturday, November 9, beginning at 7:00 p.m., at the Equestrian Center’s Equidome, presented by Langer Equestrian Group. 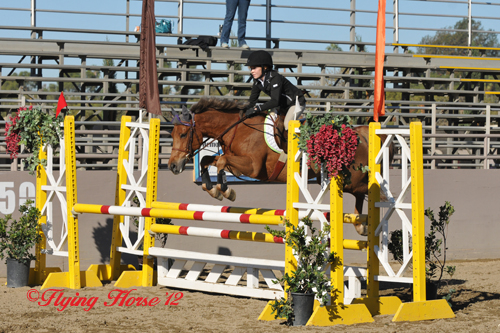 The best horses and riders vie for $50,000 of prize money and valuable points toward qualifying for the World Cup of Show Jumping Finals in the November 9 Grand Prix event. Only three riders from the North American League will qualify for the World Cup Finals, held in France in 2014. At the rider autograph session, held directly after the show, people can meet top show jumping riders, including Olympians and World Cup champions. 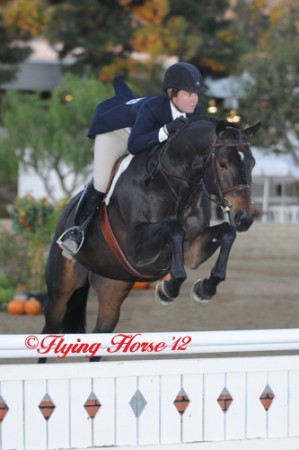 “We are looking for different community groups that would be interested in participating in our fundraising program, ” comments Arielle Pearce of the Langer Equestrian Group (LEG.) “The program is very simple. Groups can sell tickets to the Grand Prix event on November 9. LEG will donate a portion of the proceed to the group; LEG will donate $2 for every general admission and $10 for every VIP box seat sold.”

The Memorial Day Classic Grand Prix in the spring also is an opportunity for fundraising for interested groups. In addition to selling tickets, LEG offers groups a place to raise awareness and funds at a booth or through other activities. Ms. Pearce encourages groups interested in fundraising or becoming community outreach partners to contact her directly at LEG via email at arielle@langershows.com.

LEG partnered with the Burbank K9 Police Department for the Memorial Day classic earlier this year. BPD advertised their upcoming Hoof and Woof walk fundraiser at a booth during the event. A K9 handler and dog also performed a demonstration at the event. Currently, LEG is partnering with the USC Equestrian Team and has worked with a local pony club in the past.

Over 60 people competed in the West Coast Pony Finals between October 30 and November 3, a year-end championship event for pony riders. Between November 6 and 10, the big pony events will be the Pony Grand Prix and a Pony Derby. These events are “more challenging and fun classes for pony riders,” adds Ms. Pearce, giving “the kids a chance to show off what they have been working on all year in the show ring.”

All events are free, except for the $50,000 LEGIS Grand Prix of Los Angeles finals on November 9. For ticket information to the world class show jumping event, visit brown paper tickets at http://www.brownpapertickets.com/event/503649. For more information and show schedules, check out http://www.langershows.com/.