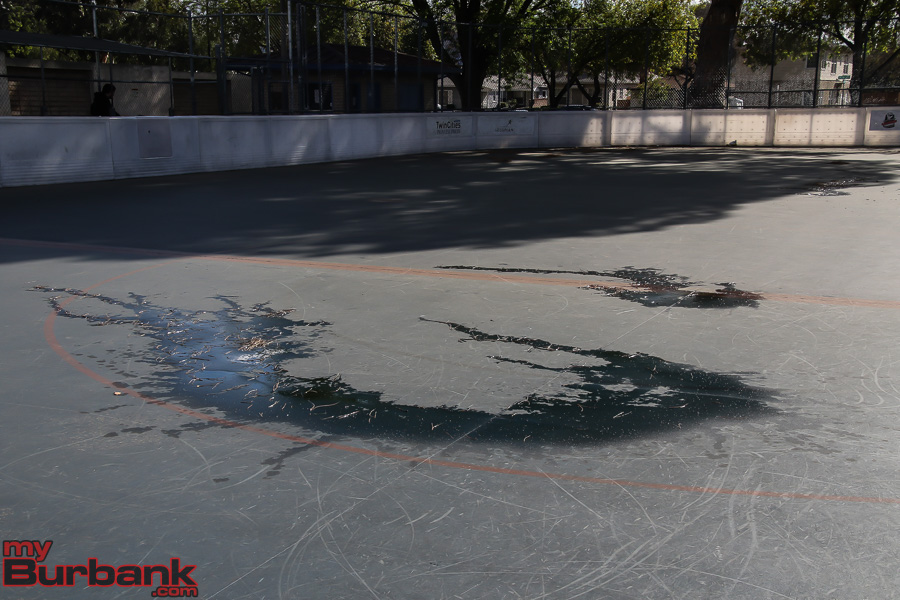 Last weekend, Los Angeles Kings Burbank Sports Center at Ralph Foy Park was vandalized with oil poured at the center of the roller rink.  Several doors had also been cut off its hinges with a saw. The vandalism comes days before the rink is set to reopen under a new operator on February 1.

Gwen Sam-Indermill, Parks and Recreation services manager, was the first to see the damage, arriving at the park around 9 a.m. on Monday morning.

LAKBSC management announced the vandalism in a post on their Facebook page, stating, “Despite these clear attempts to delay our ability to get everyone playing, we are working our hardest to find solutions that will allow us to continue unabated.”

“There are some cameras on other buildings around the area that point towards the rink so we’re hoping the police can find something useful. That’s all the info we have at the moment, unfortunately.”

A meet and greet which is scheduled for Saturday, February 3 at 12 p.m. will go on as planned.

This decision caused controversy within the community as former rink owner Frank Dalessandro was given a 30-day notice that he would no longer be managing the facility. Many who regularly played at the rink were upset over Dalessandro’s departure and the changes that would be implemented.

Several people online are assuming the controversy over new management contributed to the vandal’s motives which are still unknown.

Parks and Recreation and Burbank Police are investigating the case. Anyone who has information on the vandalism is asked to contact the BPD.