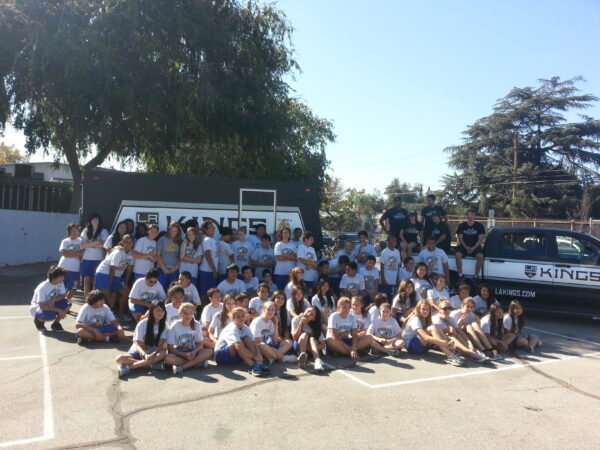 The LA Kings Street Team visited Jordan Middle School last Wednesday. They were there all day with Coach Kenny Knoop during his PE classes. The street team went over basic skills, rules and use of equipment. The street team also helped organize the teams into tournament style play. 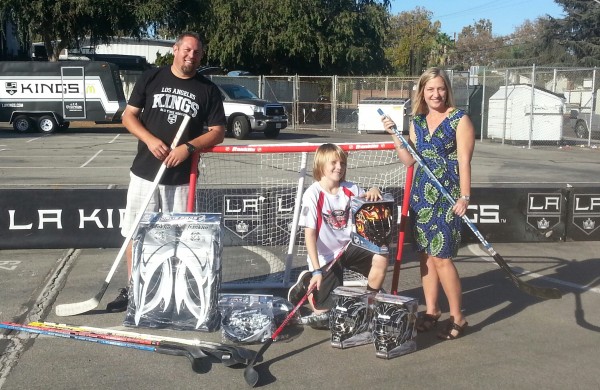 “I think it is awesome that the LA Kings reach out to the community to help schools,” Knoop said. “Their donation is much appreciated and will help a lot, espcially in these hard times. Fundraising can be difficult, especially when everybody is trying to raise money for their programs.

“It was a fun day and the kids had a great experience learning about street hockey. I would like to thank Jennifer Sprow, mother of seventh grader Blake Sprow, for setting the whole thing up.”