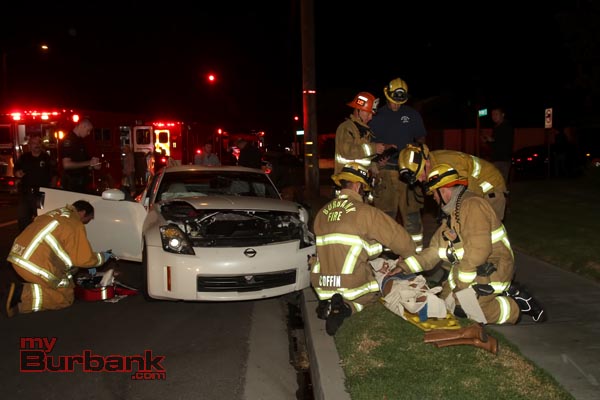 Police responded several cars ‘Code -3’ and Burbank Fire was requested for an auto accident with the possibility of someone trapped. Once on scene, they found no one trapped but found two cars involved with three to four patients injured.

Because the intersection is a busy one, it required officers to detour cars that were westbound Verdugo Ave. onto Maple Street and cars that were traveling northbound to eastbound Verdugo. Burbank Fire used two rescue ambulances to transport all the patients with moderate injuries to Providence St. Joseph Medical Center. 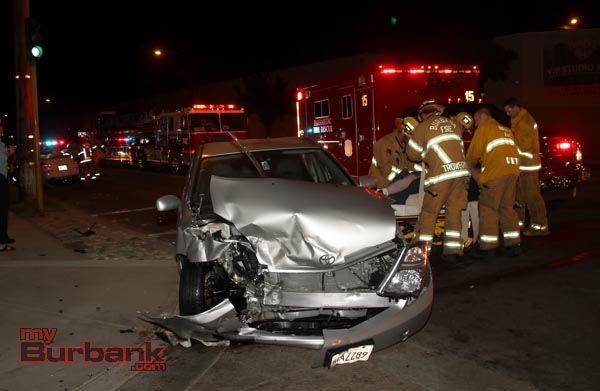 Burbank Fire Paramedic prepare a patient for transport following a crash at Pass & Verdugo in Burbank. (Photo by Ross A. Benson)