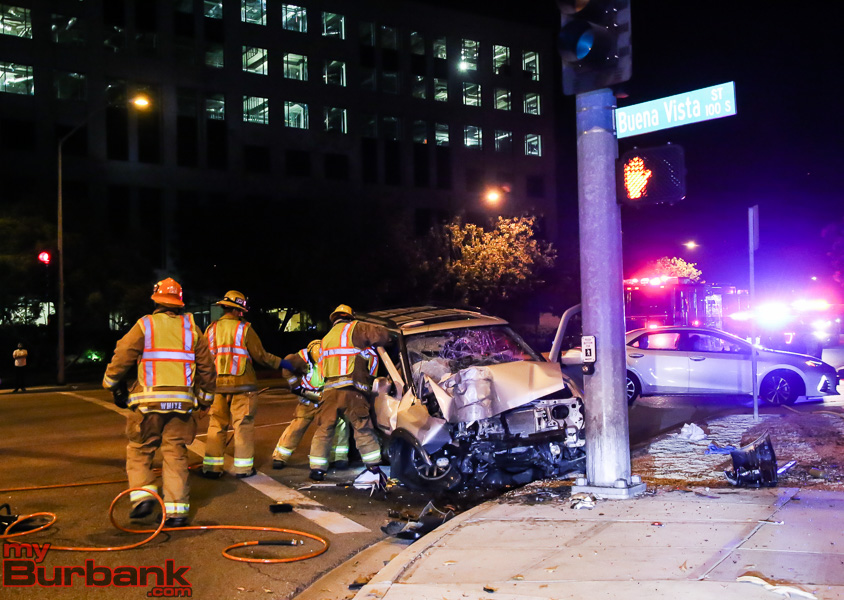 Burbank Firefighters were called to the intersection of Buena Vista and Olive Ave at 2:45 AM after the driver of a Honda Passport crashed head on into the street standard.

Burbank Paramedics worked on the male driver and found the passenger was trapped in the seat. They called for a Truck Company that has specialized tools that will cut away at the door. 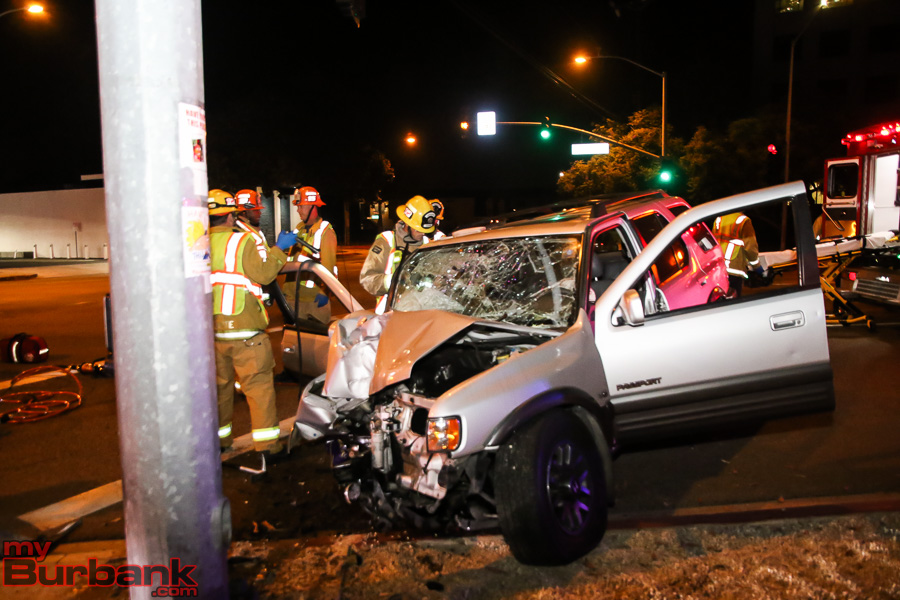 The assignment required two rescue ambulances one to transport the driver to a local hospital and the passenger needed to go to a trauma center with additional injuries.

Burbank Police will determine what caused the accident and if alcohol was a factor. There were skid marks through the intersection leading to the final resting spot.