Burbank Police Officers responded at the request of LAPD to 7730 Hollywood Way to assist in locating the occupants of a vehicle that fled after being involved in a traffic accident around 12:30 am Tuesday.  The accident occurred after the possibly stolen vehicle came off the I-5 S/B ramp and struck a pickup truck.  The BMW 328-I then struck the side of Gary Bric’s The Ramp.

Burbank City Councilman Gary Bric, who owns the restaurant, was on the scene and working with emergency crews to survey the damage.  It was unknown when he would be able to reopen again. 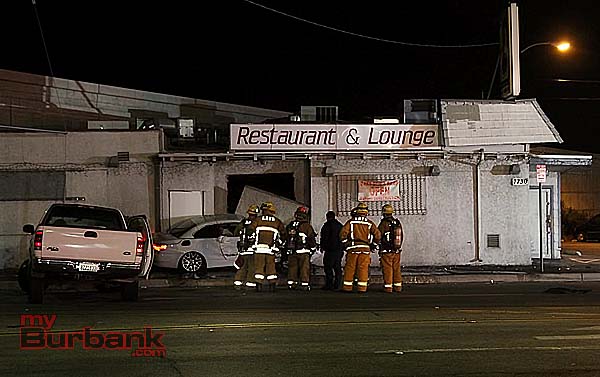 Firemen examine a gas and water line that were sheared off when a vehicle hit them after a collision on Hollywood Way (Photo By Ross A. Benson)

The impact of the vehicle into the structure also ruptured a gas and water line with Los Angeles City Fire responding to the scene and evacuating the area until the Gas Company could arrive on scene to shut down the line. 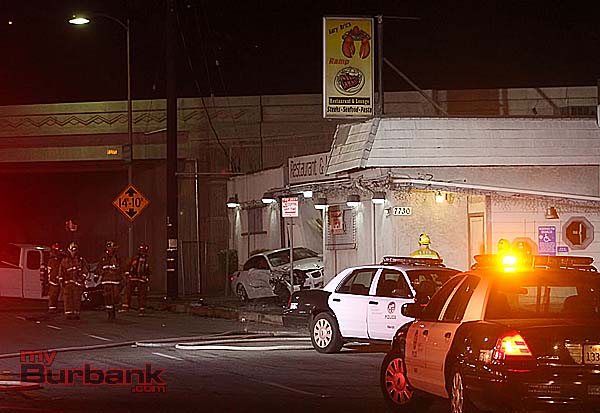 Police searched for the driver of the BMW after the vehicle hit the side of The Ramp (Photo By Ross A. Benson) 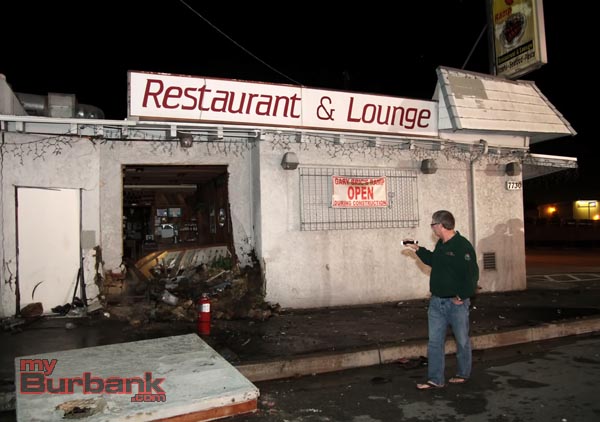 Burbank City Councilman Gary Bric surveys the damage to his restaurant following a crash of a stolen BMW. (Photo by Ross A. Benson) 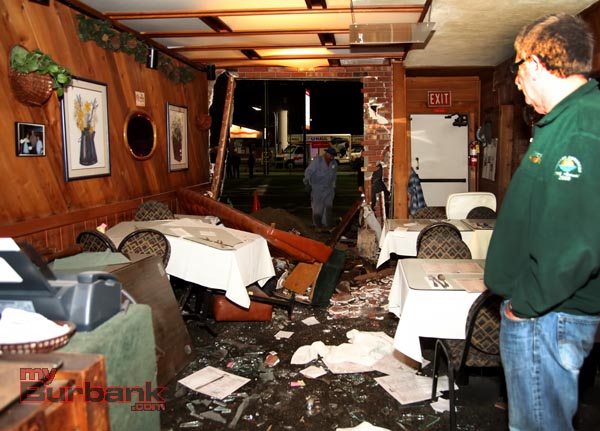 The damage inside The Ramp after a stolen car crashed through the wall late Monday evening.( Photo by Ross A. Benson)