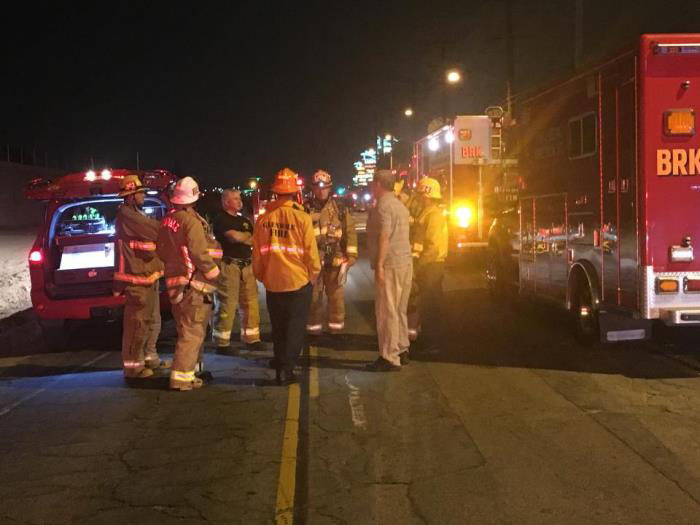 On October 31, 2017, at 11:50 pm, a full structure response was dispatched to Empire Avenue for a reported smoke inside a structure.

Engine 13 arrived on scene and found that the smoke was coming from Victory Place business, Burbank Engine 14 responded to the corrected address, which was 1837 Empire, which is a Plating business. Once on scene, fire personnel discovered a vat inside the closed business was off-gassing a white smoke. All firefighters backed out and the assignment was upgraded to a hazardous material (HazMat) response.

The building’s representatives informed fire personnel that they had been cleaning a tank with chemicals during the day.  Six Burbank fire personnel were transported to a local hospital requiring medical evaluation those same firefighters were later released back to full duty.

HazMat 12 made entry to the business and shut off the power to the vat with Glendale HazMat 24 backing them up.

All units cleared the scene at approximately 3 am. During the incident, Glendale Fire units moved up and covered Burbank stations.