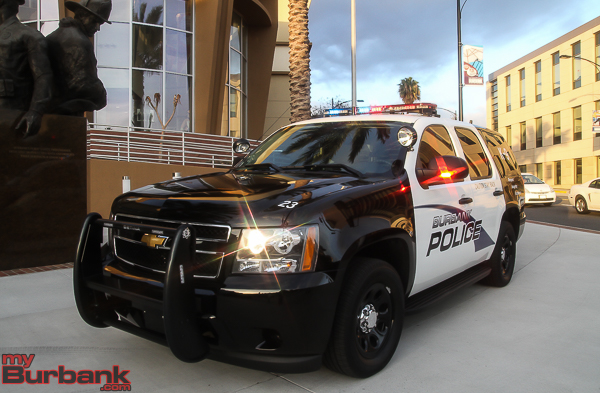 On Wednesday, February 14 at 2:30 p.m., Burbank Police received a report that the owner of a 2018 gray Lexus ES350 4D was pulled out of his car and punched in the head. Police later arrested the Palmdale man who allegedly stole the vehicle.

LASD located the stollen Lexus the following night at 7:30 p.m. in the Lancaster/Palmdale area. The driver, Kevin Green, a 25-year-old Palmdale resident, matched the description previously given of a black male, 5’5” and 150 pounds.

Ron Stearns, the carjacking victim who is in his 70s, is uninjured and is waiting for his car to be returned after police inspect it for forensics.

As officers on the scene were taking a report on the carjacking, additional officers used the new Lexus’ Saftey Connect cellular and GPS tracking software to find the vehicle’s location, on the move in Lancaster. Burbank Police worked with counterparts in the Los Angeles Sheriff Department who found the car and made a felony stop on the sole occupant, a black male driver.

“I’m so pleased on how quickly BPD responded to my dads 9-11 call and how soon after they made an arrest (within five hours),” said Elise Stearns Nielsen, a Burbank Police Commissioner who is also the victim’s daughter.

“Their professionalism and kindness to my folks during this whole incident is to be commended.”

Green was booked for carjacking, and is also likely to be charged with elder abuse. He is currently being held on $100,000 bail and is due in court tomorrow.

Editor’s Note: For the record, this story previously reported that the car had been returned to its owner. In fact, according to the car’s owner the vehicle remains in the possession of the Sheriff’s Dept. so that crime forensics can be completed