Listen To Your Mother Burbank takes The Colony Theatre stage for one show Sunday evening, May 1, at 7:00 p.m. Proceeds from the story-telling event about motherhood by local writers benefits Burbank’s Family Service Agency.

“Our cast includes a BUSD teacher, mothers of teens and moms of young children, women who have lost their mothers or lost children, a woman who never wanted to have children and a man sharing a great memory of his mother,” explained co-producer and co-director Suzanne Weerts. 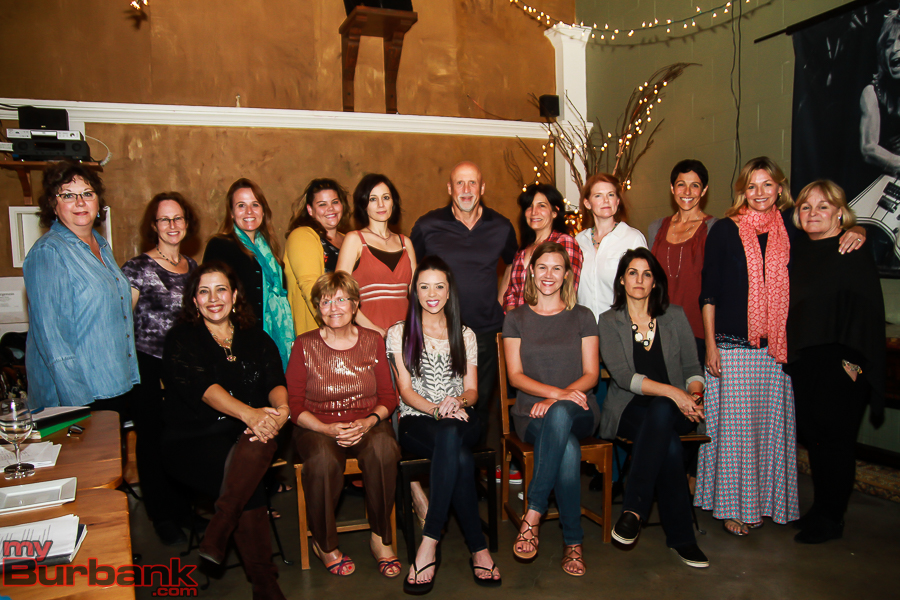 Listen To Your Mother is a national show featuring stories about motherhood that began in Madison, Wisconsin in 2010, explained Weerts. “This year Listen To Your Mother shows will take place in 41 cities across North America in the two weeks prior to Mother’s Day and Burbank is one of only two cities – San Francisco is the other one – in California where motherhood is being given a microphone.”

“I have been involved in the local story-telling community for the past two years, writing pieces and sharing them at Story Salon and Expressing Motherhood,” added Weerts. When I discovered the opportunity to produce Listen To Your Mother, I decided to add directing to my event-planning wheelhouse and am so thrilled to give our cast of thirteen the space to share their hilarious and often powerfully poignant stories.”

“It is also a wonderful way to draw attention to the story of Family Service Agency. Laurie Bleick and her team at FSA do so much for so many people in our community and I am grateful for this opportunity to raise money for this important cause.”

Weerts also mentions gratitude for the support of the Board of Directors of Family Service Agency, Alisa Cunnigham Properties, Smooth Medical Aesthetics, Akers Brothers and Sister Printing, D’Argenzio Winery and Susy Shearer Photography, “all local businesses that care so much about our community!”

Listen To Your Mother Burbank is co-directed and produced by Weerts and Taia Perry. Perry has degrees in both Acting and Counseling Psychology, and has spent the last five years running theater workshops in Burbank schools. Weerts is a long time arts and education advocate in the Burbank schools, and part of the Southern California writer/storyteller community.

Tickets for the event can be found here.