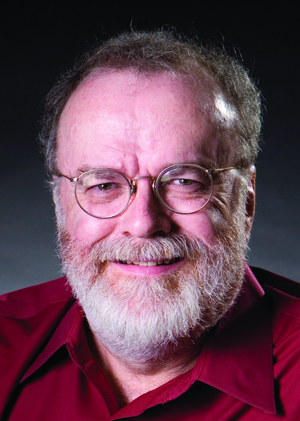 Tune in KFI AM 640 this Saturday and Sunday between 11 a.m. and 2 p.m., and you won’t be hearing Leo Laporte talking on his “Tech Guy” show.   Instead, you will hear the voice of Scott Wilkinson.

The Burbank resident will be guest hosting the “Tech Guy” program while Laporte is in Paris, France, attending “Le Web.”  This will be Wilkinson’s third time hosting the show, which originates from Laporte’s own studio in Petaluma, north of the San Francisco.  The show goes out to 160 stations with an estimated 1 million listeners, all over the country via KFI here in Burbank.

Laporte’s new studio not only serves as a radio studio, but also allows for video.  The 10,000 square-foot studio is equipped with 40 hi definition (HD) cameras that allow you to watch the radio broadcast.  It can be viewed at Live.Twit.TV.  Listeners can also join the show’s chat room at IRC.Twit.TV. In addition to the Tech Guy program, Laporte produces other radio shows and over 30 weekly audio and video Pod Casts.

Commenting on why, out of all the other on-air personalities associated with Laporte, he was chosen to guest host, Wilkinson said, “I’m one of the few who can answer tech questions off the cuff.”

Wilkinson is a professional musician and journalist, specializing in writing about home theaters.   He met Leo Laporte some years ago at the Consumer Electronics Show in Las Vegas. Laporte was broadcasting from the show, and the two talked about home theaters.  That evolved into Wilkinson doing a regular guest shot on the show each Sunday at 11:30 a.m.  Wilkinson has guest hosted for Laporte two other times.

The Burroughs High School graduate received his B.S. degree in Physics from UC Santa Cruz.  Both of his parents were musicians, and his father taught music at L.A. City College. He began writing about professional audio.  About 20 years ago he was asked to write about consumer audio and video, and that’s how he got into writing about home theaters.

Speaking about how he found his niche, Willkinson said, “I’ve always enjoyed combining science and music.”

The biggest change Wilkinson has seen during his years of following television technology was the move away from big, bulky cathode ray tube (CRT) televisions that had been around for 60 years, to the direct view flat panel TV’s we see today. For the serious home movie watcher, he recommends plasma TV’s over the LCD TV’s.

Looking way into the future, Wilkinson predicted,  “We could see holographic TV”  He knows a guy who has developed the technology.  Now all that’s needed is someone with 10’s of millions of dollars to come along to develop it into a product.

Get Out Of Town!: Angkor: The Lost Empire Of Cambodia At California Science Center