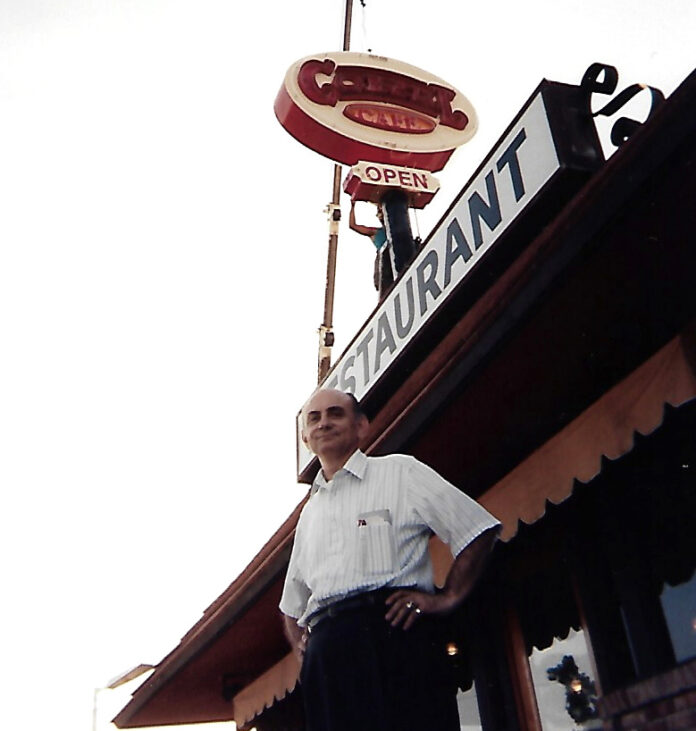 On Monday, November 1, 2021, John Leousis, loving husband, father of 2 children, and grandfather to two grandchildren passed away at the age of 77.

John was born on March 14, 1944, in Selimna, Greece to George and Demetra Leousis.  John was the third child born to George and Demetra.  He had an older brother, Vasiliy, and an older sister, Helen.  John’s mother passed away when he was just 2 years old and was raised by his grandmother and father.  John had a difficult childhood growing up without a mother and living in poverty in post-WWII Greece.  This would cause him to have the hard work ethic to achieve his dreams in life.  John only finished elementary school in Greece and then went to a trade school and began learning about electrical engineering.

John came to the United States in 1962.  John’s brother and father had come to the United States before him and his sister.  They would find each other in Los Angeles and get the help they needed to establish themselves from the Vournas family.  John put his knowledge in electrical engineering to work and got his first job building lamps for the Bouras family.  Shortly thereafter, he went into the US Army where he served in Germany guarding the Berlin Wall.  After serving in the military, John came back to Los Angeles and got his degree in college for electrical engineering and began his career in the aerospace industry at Whitaker Controls.  He would meet his wife Alexandra in 1969 and they were married on January 25, 1970.  They had two children together.  Their first child, George, was born in 1975 and their second child, Demitra, was born in 1980.

In 1990 John would make a leap of faith and partnered in the purchase of Coral Cafe.  Against all odds, he became a successful restaurateur and an important part of the community.  During all his difficulties in life from his poverty-stricken childhood to the end of his life, John never complained and always worked hard.  He became a classic story of an immigrant achieving the American Dream.

John is survived by his loving wife Alexandra, his son George, his daughter Demitra (Kris) Scheetz, and his grandchildren Dominik and Genevieve.  John was a hardworking and loving man and will be deeply missed by his family, his friends, and all that knew him.  He will always be in our hearts and our lives will not be the same without him.