If you live in Burbank or grew-up in Burbank, you won’t want to miss the highlights from a unique historical presentation that took place at the Buena Vista Branch Library on November 30, 2016. 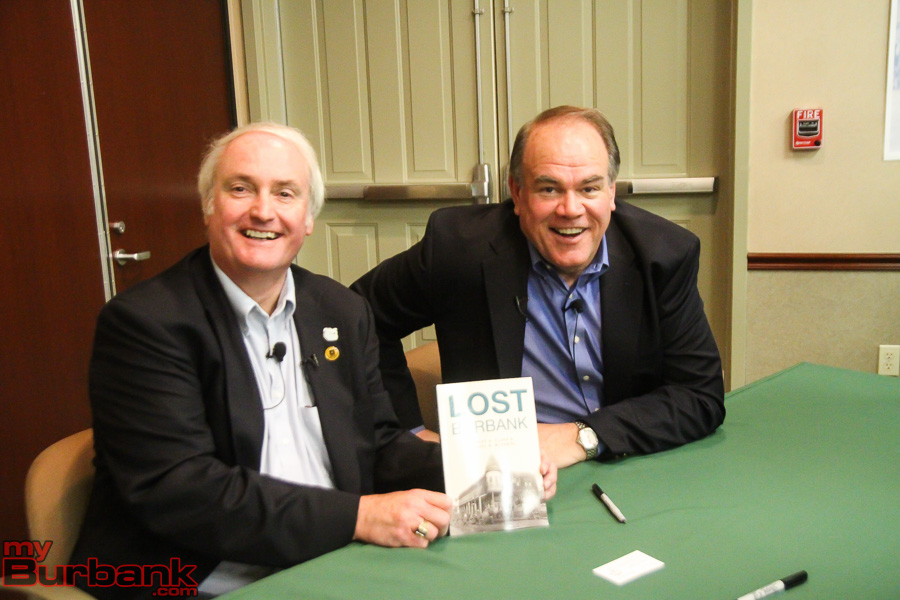 Much of the presentation, by co-authors Wes Clark and Michael McDaniel, was recorded and edited-down to a tight 60-minute video that will leave you wanting more and, possibly, running out the door to buy the book, “Lost Burbank.”

Burbank has changed quite a bit over the past 100 years and you will see how.

Get wowed by photos from the early days of Disney and Warner Bros and learn from some local [forgotten] stories about aviation and Lockheed.

Inventors, politicians, criminals, and odd characters are all part of the book, “Lost Burbank,” and part of the presentation.

The video-taped presentation is now available for on-demand viewing on the City of Burbank’s YouTube Channel or you may watch it below.  In addition, “Lost Burbank” presented @ BV,” is currently playing on The Burbank Channel, which can be seen on Charter Cablevision on Channel 6 in Burbank and Channel 16 in Glendale; and on AT & T U-verse on Channel 99.