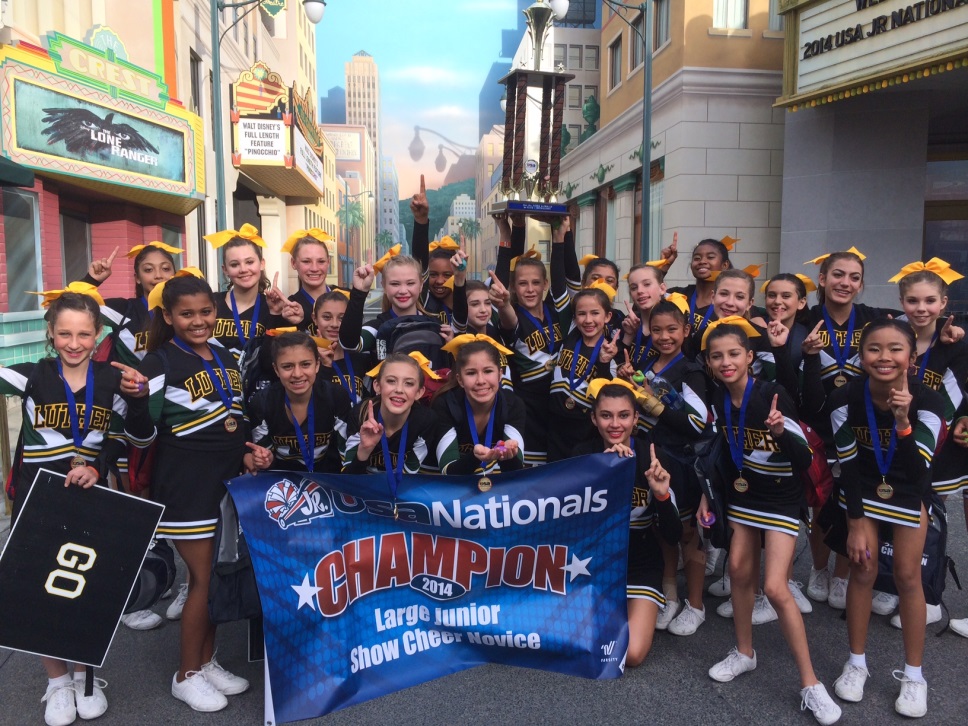 Last Sunday, March 2, 26 Luther Middle School girls went to Disney California Adventure for the USA Jr. Nationals Competition which they won. They competed multiple times throughout the day against six other squads in the division of Large Junior Show Cheer.

This year the squad also took home first place at their two qualifying competitions which took place at Summit High School in Fontana and Whittier High School. This is the fourth year the squad has been led by their coach Jenifer Coderko, who was a Burbank High School Cheerleader and an alumnus of the Class of 2008.

Many of the girls have been on the squad for three years and have watched the team’s strength and level of difficulty increase. The third year girls are Jewel Musich, Miriam McCoole, and co-captains Ashley Tran, Emma Reiter, and Gracie Sessinghaus.

All of the girls on the squad did a fantastic job and brought home Luther’s first, but definitely not last National win. 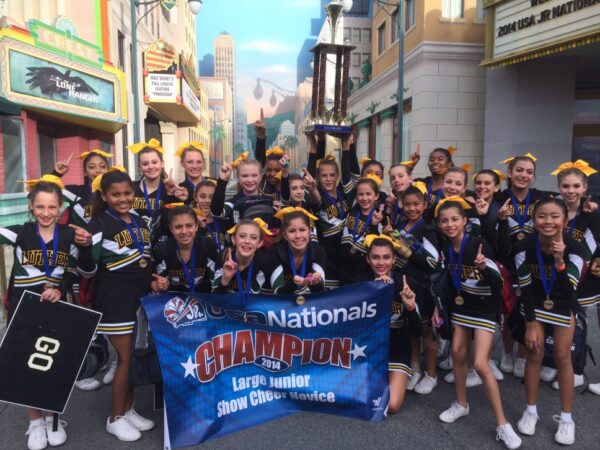