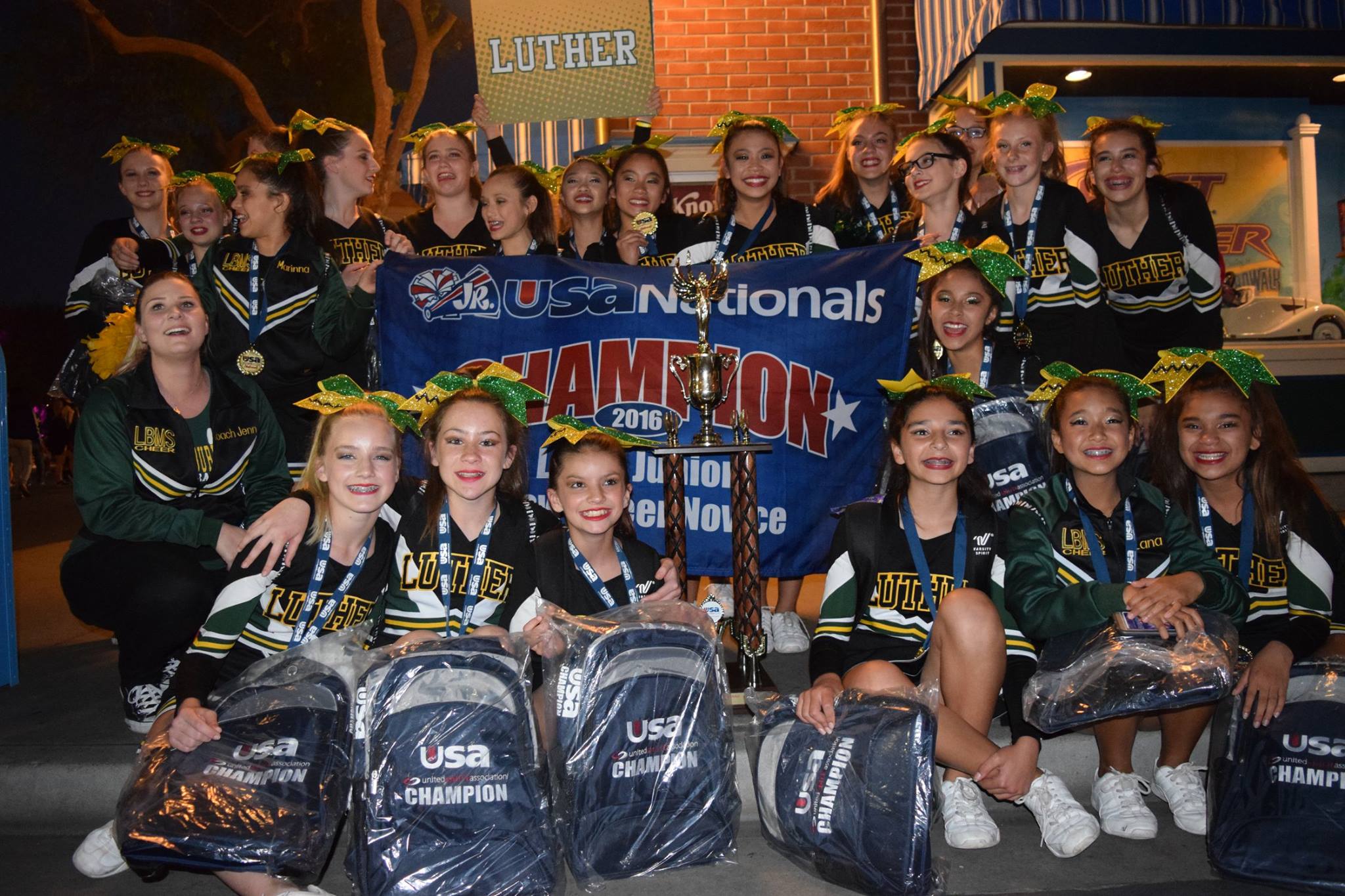 In the preliminaries at Jr. USA Nationals, after a flawless performance, and competing against five other amazing teams, the Luther Cheer team was announced as one of the finalists to compete in the finals for the second round.  Tensions were high in the final competition, but after giving it their all, the girls took home the National win!

Coderko, a former Burbank High School cheerleader and 2008 graduate, has led the squad for the past six years.  “I was so proud of the girls, the way they performed and how they carried themselves. They did their best and as a coach you can’t ask for more. I am so blessed to have such hardworking and talented girls on my team.”