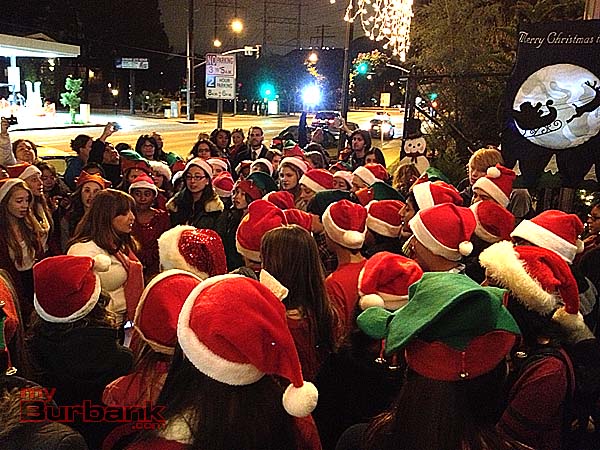 Sounds of Christmas Carols, jazz, blues, and folk singers delighted hundreds of residents and visitors in the Magnolia Park District of Burbank on Friday evening.  For more than 25 years Holiday in the Park, an annual event in Magnolia Park, has brought together area merchants, Burbank city services, and entertainers for a giant block party with the objective of simply having fun.

In addition to promoting the district as a great place to shop and dine, local merchants also collected toys and food donations for the Burbank Temporary Aid Center (BTAC). 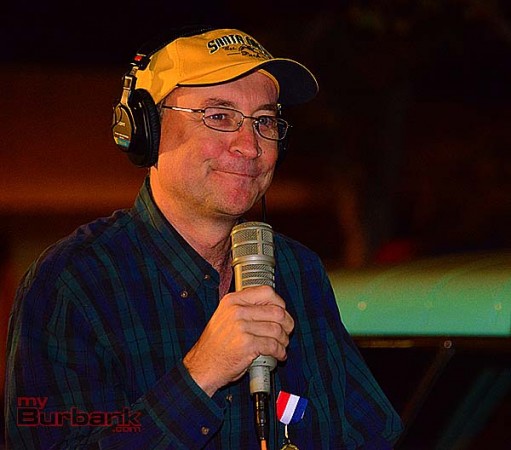 Nicola B., drummer from a girl’s band named No Small Children which entertained on Magnolia Blvd near N. California St., noted “we do our shopping for professional clothing in Magnolia Park.  This is a great way to contribute to the neighborhood.”  No Small Children members are all elementary school teachers from North Hollywood, but Nicola B. admits their “passion is really music.” 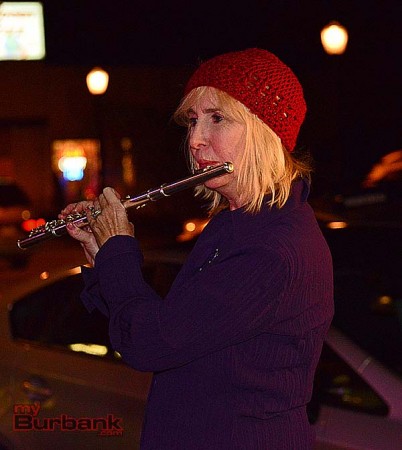 Despite the cooler than average temperatures, and an occasional drizzle of rain, crowds grew throughout the evening.  Even the cold and light rain couldn’t deter sidewalk ballroom dancing, men walking around on stilts, or a small gathering of classic cars in the Ume Bank’s parking lot.

Diane, who recently relocated to Burbank from Michigan, was really happy to see the sense of community in Burbank.  “This is a lot of fun.  Lots of people crowding the streets, socializing, kids running all over the place – everybody just having fun.  Not too much of this in Detroit!”

Sgt. Darin Ryburn showed off Burbank Police Department’s new patrol cars, in addition to promoting Safety Tips for Shoppers during the holidays and the Burbank Fire Department thrilled children with tours of a fire engines and truck company.  Kids appeared to have the most fun, as the area was transformed into a kaleidoscope of new sights and senses. 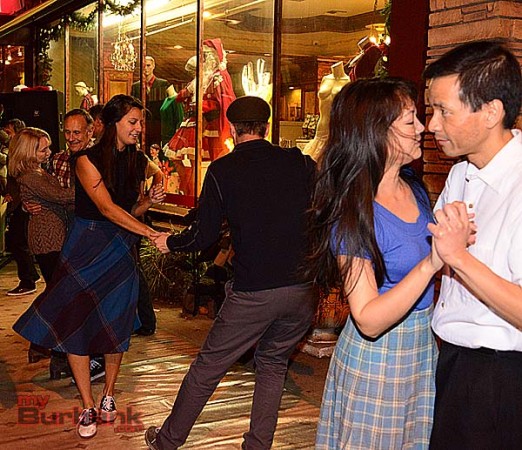 Encore Nouveau was selected  as the festival’s “Best Decorated Business.”    According to Susan Cade, owner of Encore Nouveau, “One of our top priorities at Encore Nouveau is to have fun, which we took full advantage of during this decorating challenge.  The spirit of camaraderie and community in Magnolia Park make having a store in this area a true blessing!”

Additional entertainment included the Ukulele Orchestra of the Western Hemisphere, Red Head Darling, the Hep Kittens, and lots of others.  Happy Holidays!

Lisa Paredes and Staff Photographer Ross A. Benson contributed to this story 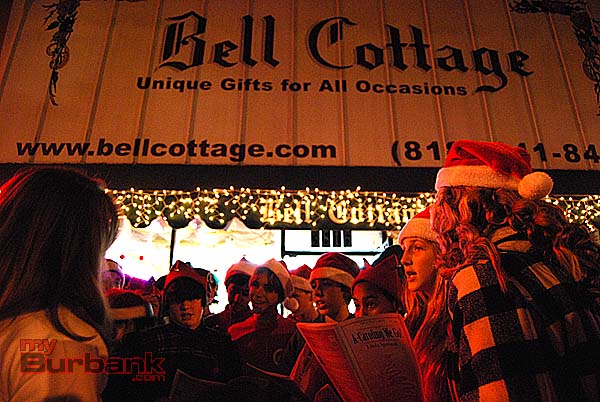 Magnolia Park Mayor Tim Conway Jr. and The First Lady (wife) Jennifer hold a sign that was give to him during radio show is joined by Mark Thompson.(Photo by Ross A. Benson)

City Councilman Gary Bric & Bob Frutos present Encore Nouveau with the award for the Best Decorated Magnolia Park Business, during this years Holiday In The Park. (Photo by Ross A. Benson)

Tim Conway Jr. during his radio show of KFI 640.

BMX Bike-Tacular Has Riders Flying High
Burbank Police Turn to Electronic subpoenas, iPhones and Apps in Crime Fighting
City of Burbank Gives Thanks to its Employees
Twelve Burbank Places to Take Your Kids on Spring Break