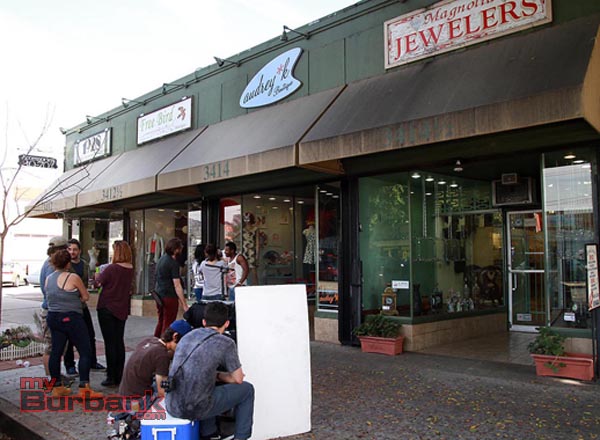 Filming in the 3400 blockof Magnolia Boulevard this week was a Web Educational Film called ‘Big Ideas’. (Photo by Ross A. Benson)

Local businesses will be featured in several educational films by students capturing the unique feel of the Magnolia Park and its rare shops.

On Tuesday a small film crew was seen in front of several storefronts on the 3400 block of Magnolia Boulevard.

They were working on project called Big Idea and will be released as a Web Educational Film.