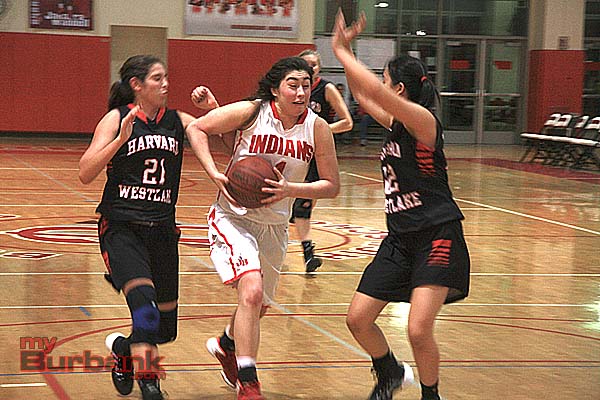 With Pacific League action looming in the distance, the Burroughs and Burbank girls’ basketball teams competed in the annual Magnolia Park Optimist Tournament hosted by JBHS this past week. 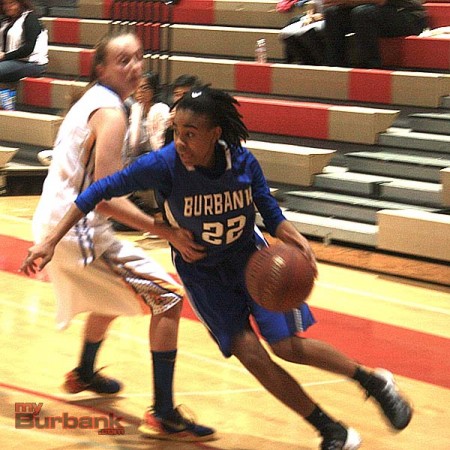 In the championship quarterfinals, the two cross-town rivals suffered losses that sent them into the fifth place consolation bracket. Burroughs lost to Canyon at the buzzer, 40-38, and Burbank succumbed to Brentwood, 64-53.

Facing two of the better programs in the area, Burroughs and Burbank each showed flashes of excellent basketball only to falter in crucial moments. Playing against these strong teams will prepare the Indians and Bulldogs for Pacific League action beginning in the New Year.

The Lady Indians matched up against perennial power Harvard-Westlake of the Mission League. The Wolverines jumped out to a 12-3 lead and a 23-15 first quarter advantage. Back-to-back baskets by Delany Nicol and Davina Del Castillo helped trim the deficit to 39-36 heading into halftime. 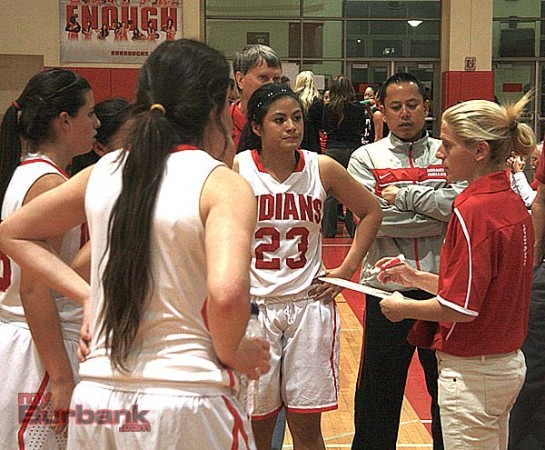 Del Castillo’s breakaway layup gave the Indians their first lead, 43-41, early in the third quarter. Burroughs increased its lead to 48-43 before Harvard-Westlake responded with a 7-0 run to regain the lead, 50-48.

HW took a 53-50 lead into the fourth quarter and held a slim lead when a Nicol’s layup followed by two free throws from Sidney Ortega gave Burroughs a 62-61 lead with 3:05 remaining.

In a matter of seconds, the Wolverines took control of the contest outscoring the Indians, 15-1, down the stretch to win, 76-63. HW finished the game on an 11-0 run.

Burroughs closed out the tournament with a 46-45 loss to Agoura.

The Lady Bulldogs went head-to-head against the defending CIF champions and Marmonte League champions from a year ago, the Agoura Chargers. A first-quarter blitz by both teams saw Burbank take a slim 21-20 lead into the second quarter. 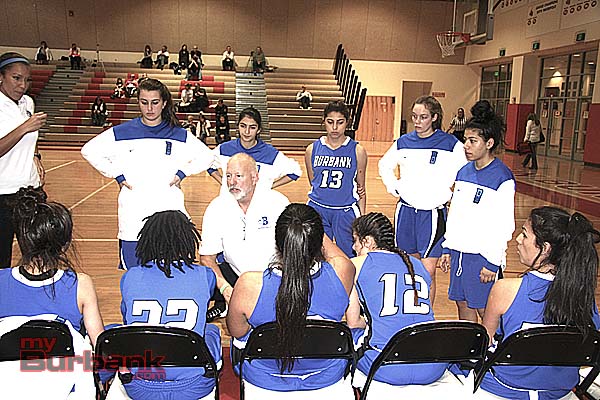 Pepperdine-commit Kim Jacobs scored 22 points for Agoura including a three-pointer at the 2:50 mark that broke the back of the Indians.

The Bulldogs’ Yazzy Sa’Dullah and Ashley Linda each scored 20 points.

Burbank ended the tournament with a 62-49 victory over Harvard-Westlake.