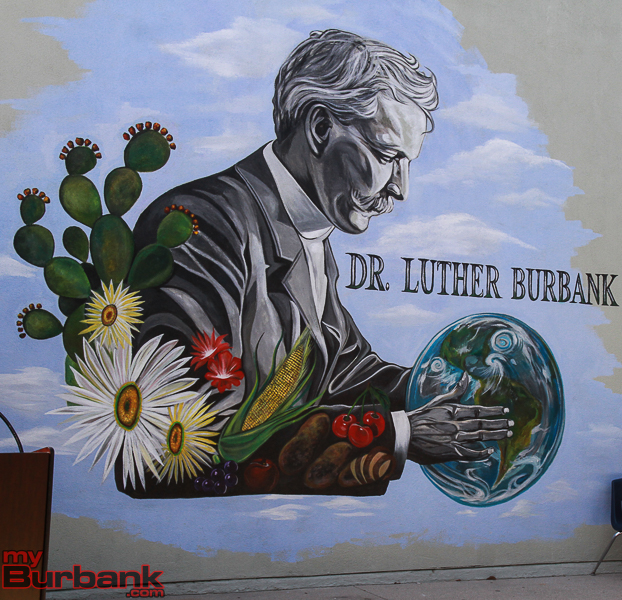 In addition, the school is proudly partnering with Logix to collect more than 4,000 food items from February 29th to March 4th for the Burbank Temporary Aid Center.

The unveiling ceremony included the Luther Burbank Middle School band and choir performing for an audience of School Board members, district office administrators, faculty, staff and parents. Everyone was then treated to cake and refreshments to celebrate Luther Burbank’s birthday.

The magnificent 30-foot mural is located outside the student library and portrays Dr. Burbank surrounded by a variety of the fruit, flowers, and vegetables he developed including cherries, daisies and potatoes.

“Our students and teachers have really rallied around the celebration of Dr. Luther Burbank,” said Principal Oscar Macias. “It is a privilege to have their support, as well as the sponsorship from Logix Federal Credit Union. The employees there have helped us roll out a food drive for Burbank Temporary Aid Center, as well as commissioned Burbank artist Randall Williams to create a mural of Dr. Burbank.”

The collection drive for the Burbank Temporary Aid Center begins this week as students will go home with a reusable bag to fill with items from BTAC’s wish list, including canned goods, dried goods, household and personal care items. 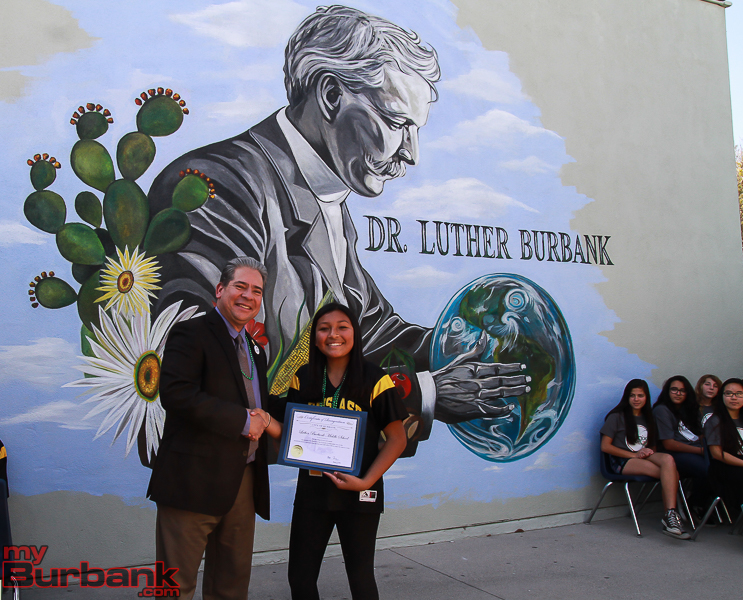 “Our teachers are excited to help motivate our students to give to BTAC; social responsibility is important for them to understand,” Principal Macias said. “They enjoy contributing to the community. And, the City of Burbank’s Public Works Department will be back again in mid-March to help us move the items from our school to BTAC.”

Classrooms will also be competing for prizes during the collection. Those that bring in the most items will win $250 for their classroom and each student will receive a $5 frozen yogurt gift card, all provided by Logix Federal Credit Union. There will be one classroom winner per grade level. 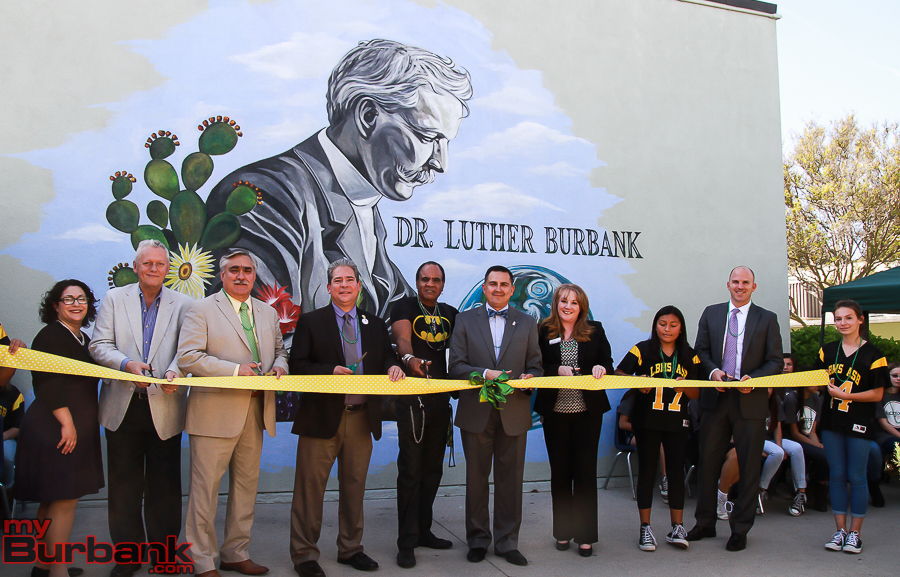 “We’re so happy to have such great business partners,” Luther PTSA President Sandi Shearer said. “Just last week, Logix presented a check in the amount of $2,500 to fund some of our efforts to help our student body programs.” 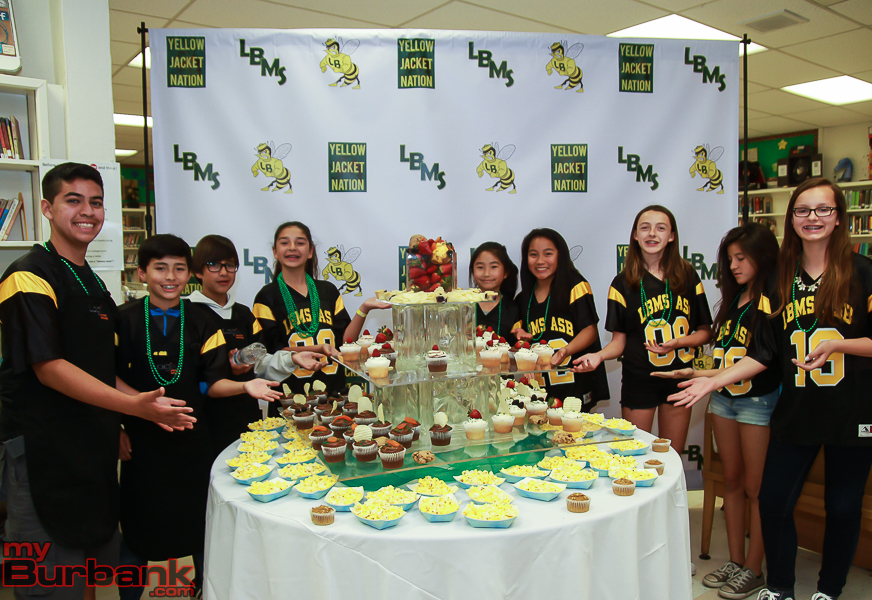 “BTAC is one of our employees’ favorite charities, and we know the student at Luther share that same level of appreciation,” Branch Sales Manager Tracey Mateko said. “It is a critical nonprofit organization in Burbank that serves the community in many unique ways. We are proud to work with these sixth, seventh and eighth graders to make a difference.”