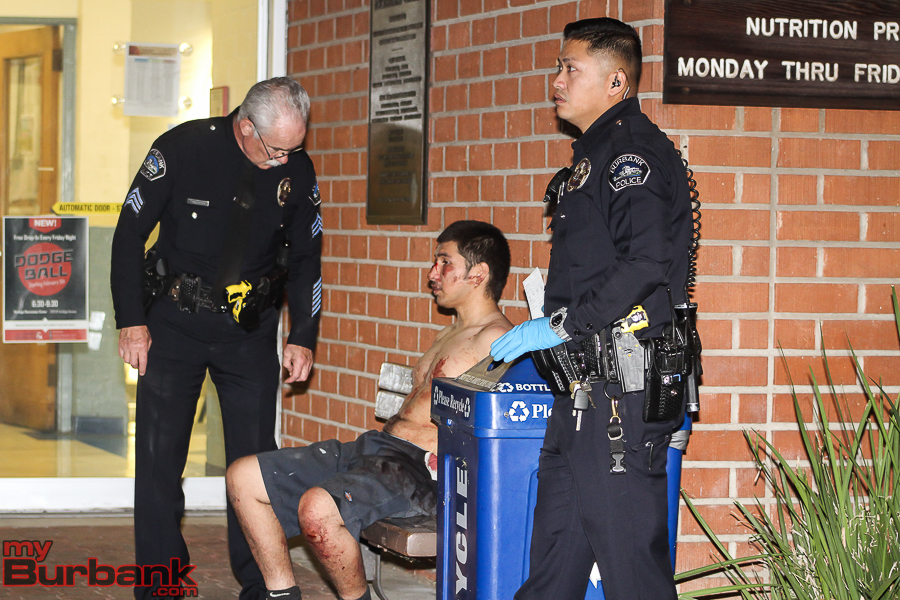 Burbank police were called to San Jose and Sixth St. Tuesday night around 9:25 for a report of a man that had been stabbed.

Police and paramedics arrived on scene to find the man with numerous stab wounds to the body. A small black compact car was seen leaving the area with a Hispanic male and two females.

The victim was treated at the scene by officers and Burbank Fire Department Paramedics before being transported to a local hospital where he is listed in serious condition, but expected to survive 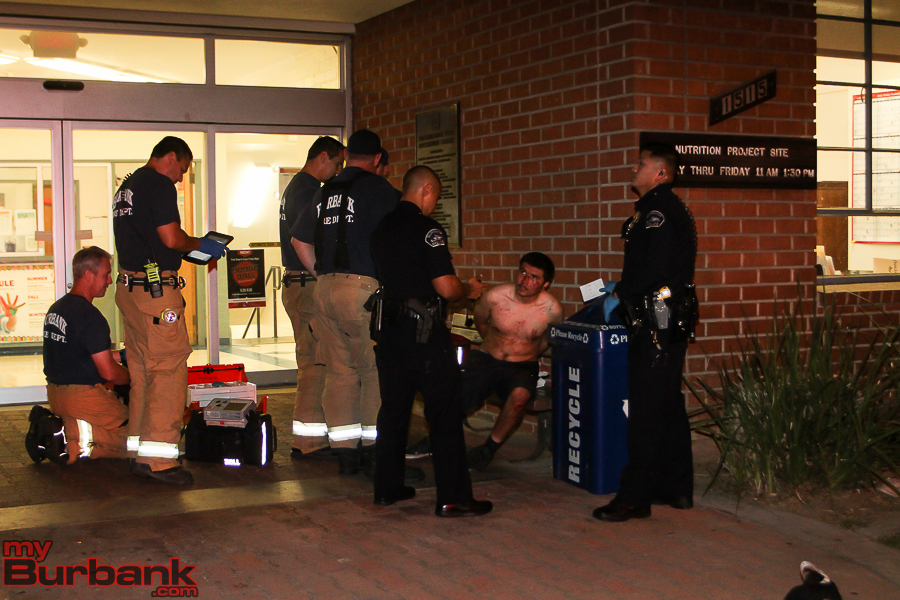 Shortly after police arrived at the first scene, they were then called to the McCambridge Park Recreation Center where a man covered with blood was inside one of the restrooms.

Police arrived on the scene and found him in the woman’s restroom where they took him into custody without incident. Paramedics were called to the scene where they treated the man at the scene.

. He has been identified as 18 year-old Brandon Benavides of Burbank.

Based on evidence, statements and the close proximity of time and locations, the officers determined Benavides was the person who stabbed the victim found on San Jose Avenue. He was placed under arrest and booked into the Burbank City Jail for attempt murder. Benavides is being held in-lieu of $1,000,000 bail. He is due to appear in court Thursday, July 18.

It did not appear the victim had been stabbed on San Jose Avenue or at McCambridge Park. This morning investigators were able to locate the crime scene in the flood control basin above Bel Aire Ball Field, 1750 N. Bel Aire Drive. They were able to collect evidence at the scene.

Interviews with witnesses are on-going as is this investigation.

Anyone who was present or has information related to this incident is urged to contact Detective Adam Baumgarten at (818) 238-3210. If you wish to remain anonymous, you can call “LA Crime Stoppers” by dialing 800-222-TIPS (8477); use your smartphone by downloading the “P3 MOBILE APP” or by using the website http://lacrimestoppers.org.