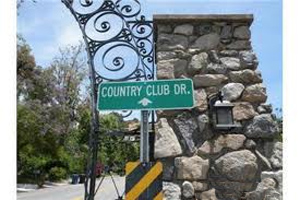 When police officers responded to a report of a man yelling profanities on Country Club Dr., Tuesday night at 8:44 p.m., they found a man lying in the middle of the street who appeared to be intoxicated.  He smelled of alcohol, was unable to control his movements, and was bleeding from abrasions on both of his knees.

When officers approached him, he became combative and continued to yell profanities at police and residents who were nearby.  As they attempted to detain him the man kicked one of the officers in the hip, and again in the ribs.  He continued to fight with the officers, hiting and kicking at them, but the officers were finally able to place him in handcuffs.

A Burbank Fire Department rescue ambulance was requested for the man, but cancelled after offices decided to transport him in their police car to Providence St. Joseph Medical Center to be checked out before taking him to jail.

The suspect, Robert Millis, 57, of Burbank, was placed under arrest for being drunk in public, and battery on a police officer.  His bail was set at $20,0o0.