The Elves and Santa’s Helpers were hard at work at City Hall this week getting ready for the City’s Annual Tree Lighting where Burbank’s Mayor, Bob Frutos, will usher in the holidays with Santa and special guests. 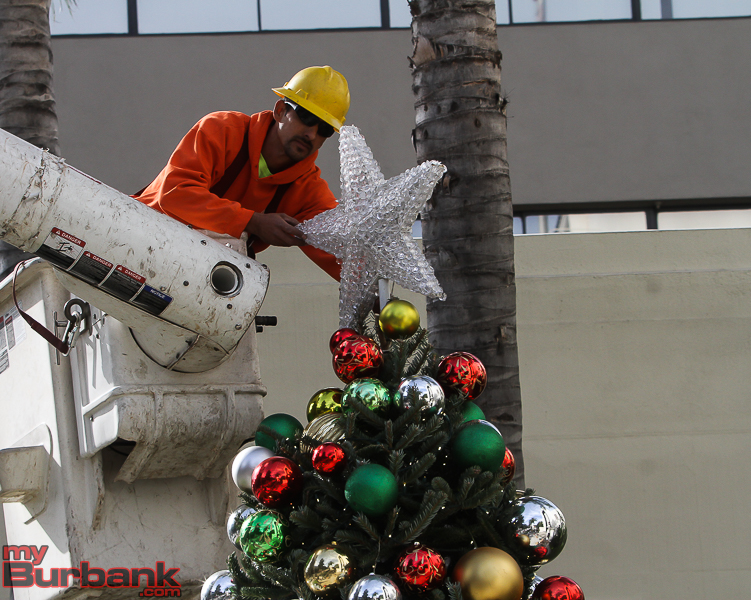 The City of Burbank invites the Burbank community to City Hall for the annual Mayor’s Tree Lighting Ceremony on the steps in front of City Hall on December 5 at 6:30 pm.

The ceremony will include the lighting of Burbank’s Tree, performances by the RC Dance Center, JBHS Vocal Music Association group “Muses”, GeneRaTion DCD & BFA, special guests from Disney, and a visit from Santa and Mrs. Claus.

Following the tree lighting, guests are encouraged to take photos with Santa, write a letter to U.S. troops abroad, and enjoy holiday music. The Burbank Fire Department will have drop-off boxes on hand to collect toy donations for the Spark of Love campaign. 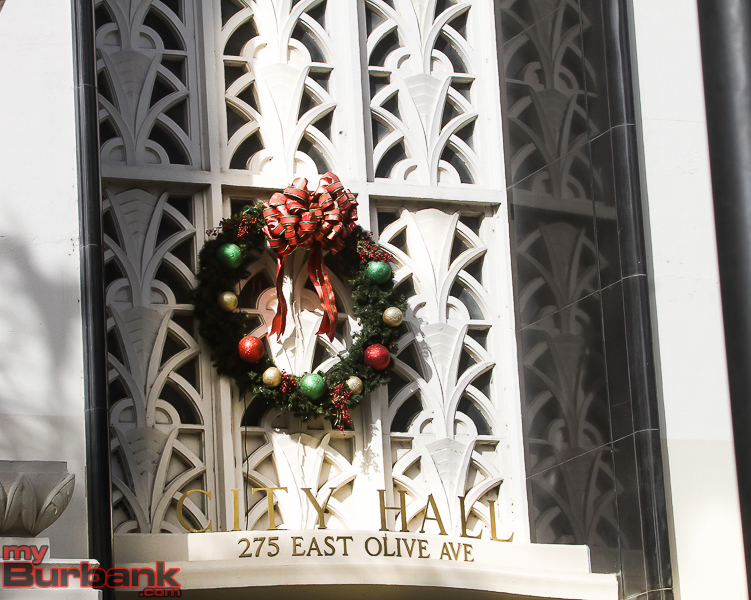 Helping decorate the Christmas Trees inside and outside of City Hall were members of The Veterans Committee. They have a special tree inside decorated in Red, White & Blue. The members that acted as Santa’s Helpers were Mickey DePalo, Greg Alaimo, Mary-Ann Christ, Barbara Bartman, Christopher Thomas and Gail Nicol. 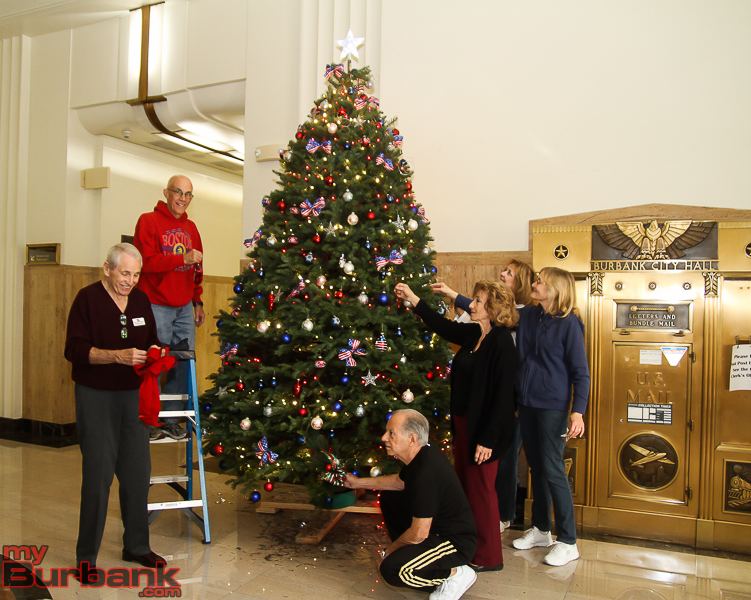 It took plenty of hands and helpers from the Parks & Recreation Department’s Forestry Division such as Brian Hannick, Miguel Soto, Sr., and Hen Horn and from The Landscape Division: Ron Moore, Robert Sanders, Alan Newman, Richard Villalobos and Enrique Munoz. 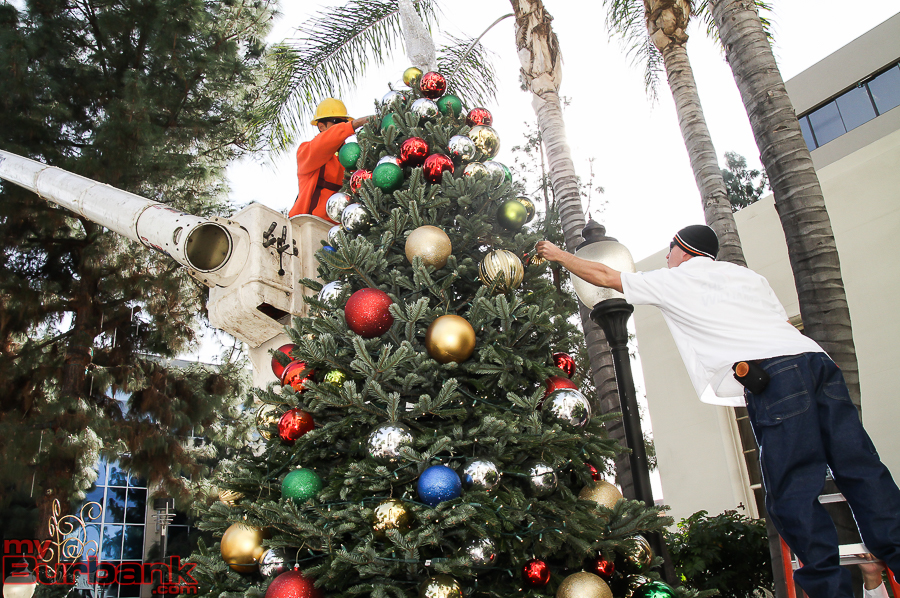