The annual Mayor’s Prayer Breakfast is the local version of the Presidential Prayer Breakfast held annually in Washington D.C. Here in Burbank, the Master’s Men have held the event for the past 40 years. This year’s event was held at the Pickwick Gardens with more than 100 guests in attendance. 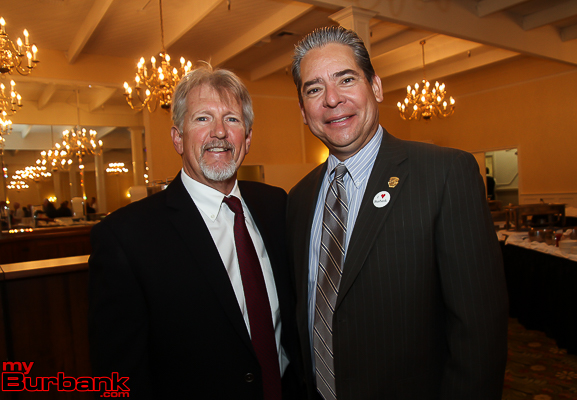 Every May 1st Burbank holds it’s City Council reorganization meeting and one of the first duties of the new Mayor is to give the welcome at the yearly Mayor’s Prayer Breakfast.

This year Burbank’s new Mayor Bob Frutos gave the welcome and shared that in his daily profession as a Los Angeles Police Officer he recited the “Police Officer’s Prayer” that was located in his locker. It reads: 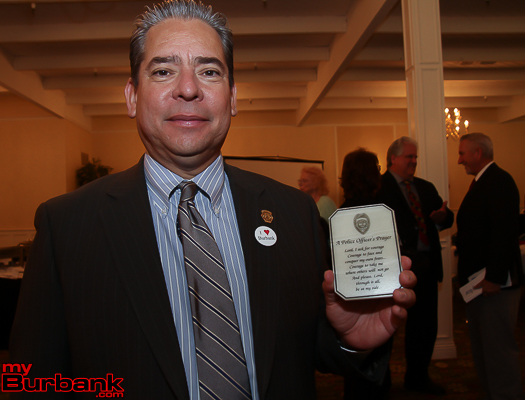 Mayor Bob Frutos showing his a ‘Police Officers Prayer’ that hangs in his locker and is recited daily (Photo by Ross A. Benson)

Dedication to my job, to do it well…Dedication to my community to keep it safe… Give me Lord, concern…For others who trust me…And compassion for those who need me…And please Lord through it all be at my side.’ 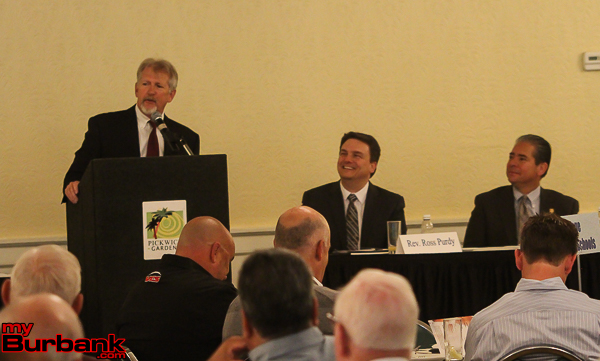 Osgood’s presentation for this year’s Breakfast was “The Wrong Question” siting several passages from the Bible and experiences he has seen in his career as a principal and teacher over the years.