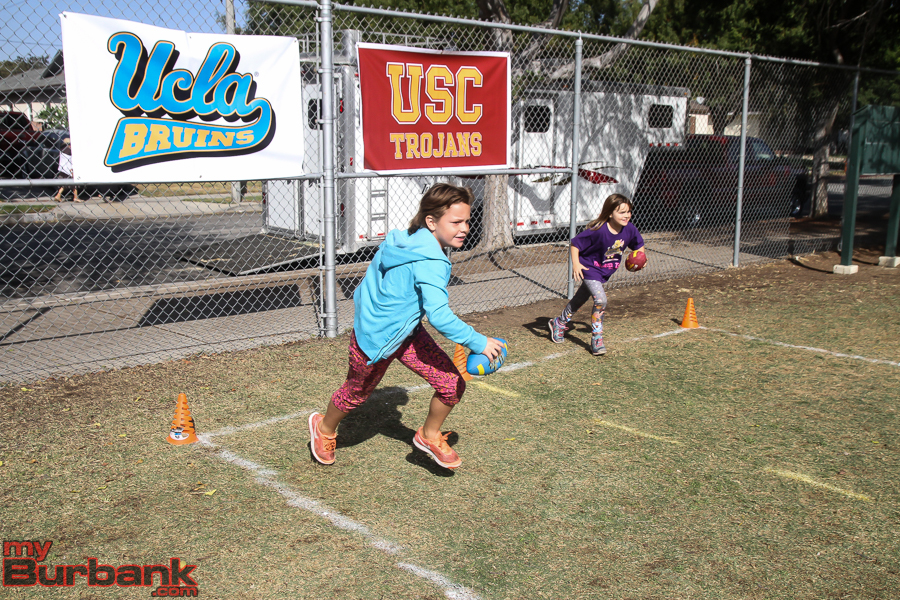 The BIG game between USC and UCLA even has some effect on many here in Burbank, and on Thursday that competition was brought  to the playing field at McKinley Elementary School.

Started many years ago when Suzanne Lowe Weerts a dedicated PTSA mother who had kids attending McKinley and wanted to get elementary age kids to start thinking of their future and when college bound where they might want to attend. This years event was coordinated by Raymond Juarez and run by many parents.

This year the kids held relay races, got to pet and take pictures with Traveler, and even got stickers and some were lucky enough to get a college poster.