Since the voter passage of the Measure S Bond to support infrastructure fixes at Burbank Unified schools, a number of projects have already been completed and more are in the works. The $110 million dollar bond has been divided into three three-year issuances, with each bond issuance totaling about one-third of $110 million. Over the next few weeks, myBurbank.com will look at various aspects of the Measure S bond and the effect on Burbank’s schools, city and community.

Part 2 of the interview with BUSD Facilities Director Craig Bell follows and a look at some of the planned upgrades for Burbank public schools.

Air Conditioning Upgrades Other big projects planned for summer 2014 include installing or upgrading air conditioners at both gymnasiums at Burroughs High School and the gymnasiums and auditoriums if needed, at Luther, Jordan and Muir Middle Schools. All of Luther’s entire site – classrooms, cafeteria, kitchen, offices –  is planned for air conditioning replacement in summer 2014. BUSD plans to have all approvals and contracts awarded and the equipment purchased and ready to go by the first day of summer, as they only have June and July to get the work done.

“If you actually look at the magnitude of all these things, it’s huge,” comments Craig Bell, BUSD Director of Facilities. The BUSD School Board has recently instructed Facilities to plan for air conditioning unit installment for all elementary auditoriums at sites that don’t already have it, which will be most of the eleven elementary schools. While Facilities is trying to get plans and approvals in place for summer 2014, the work may not get through the process in time and have to happen in the summer of 2015. 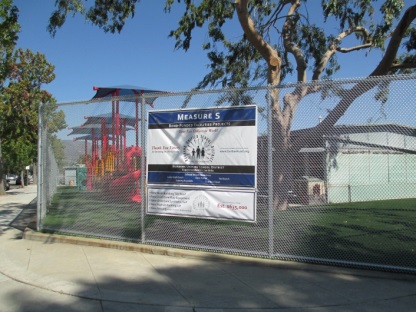 Air conditioning upgrades and replacements are scheduled at all the sites throughout the district, but the focus right now is on the auditoriums. In a few years, BUSD will look at replacing all office and classroom air conditioning units, but it may not be until the second or third issuance of the bonds for this phase of upgrades to be implemented. However, BUSD is planning now for the entire scope of the project. They are looking at the energy ratings and by installing more energy efficient units, they anticipate cutting back on utility costs.

EMS Another component of Measure S funded upgrades is the Energy Management System (EMS.) Air conditioning, heat and lights can be remotely controlled at the different school sites via EMS and it also ties in with Prop. 39, implementing energy-saving projects in schools. BUSD can make sure during after hours or off hours, utilities are turned off. If there are events, lights and air conditioning can be scheduled to be turned on. EMS will help BUSD show greater energy savings and ultimately reduce costs.

Information Technology and Data Center Currently, wireless infrastructure work is being done at Stevenson Elementary and Jordan Middle School and is slated to begin at the Burbank Adult School. Bond money is planned to be spent upgrading Information Technology components like E-Readers, voice amplifiers and document readers.

The biggest recent news has been the School Board approval of a new data center to house the brains of the entire district’s technology needs. While details are still being worked on, the construction of a data center on the site of the District Service Center looks to be the favored location. The data center will require specific construction for cooling, battery and power backups and handling a progressive data system, appropriate for the 21st century.

While there has been talk about providing iPads or similar devices to students in the future, the ultimate decision by the Burbank School Board on that aspect has not been made. It continues to be discussed as an extension of the IT component of the bond measure, but the focus for now is on creating the data center and building the infrastructure for BUSD’s future technology needs. 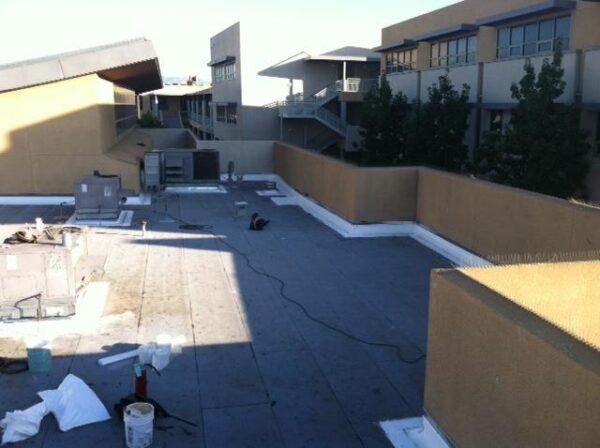 Emphasis On Transparency Mr. Bell admits that while it was well before his time at BUSD, some things were not done properly under the last school bond measure, more than 15 years ago. BUSD contracts for construction and materials do have warranties and protections in place to correct or fix errors within a certain time frame. He also emphasizes the openness of the current school bond process.

“So as we move forward, we want to make sure that we have given every opportunity for anybody in this community to ask questions, to read about what is being done, to look at the books, to see what has been spent and actually be a part of any aspect of this. My office is open any day,” he continues. “They can call Facilities; they can call to get an idea of what is going on. I have weekly updates on the district website, under Measure S – there’s a link to facilities projects.”

The Measure S webpage on the BUSD website gives week by week updates, lists upcoming projects and includes archives since June 24, 2013. Priorities for project rollout were determined from the sequence of modernization done in the past. The first schools upgraded from the past bond measure are the first group scheduled for updates now. Of course, investigations and reported areas of deterioration are also considered to set priority, to help determine what fixes can wait and which ones are needed immediately.

More Information Interested community members are welcome to attend scheduled Board meetings and see the items presented by Facilities and IT which need approval to move forward. People can go online and watch the archived footage of past School Board meetings. The Oversight Committee, a 25 person group of district staff and people from the community, also meets monthly to keep an eye on the process and makes sure the funds are being spent as advertised in the bond language. Their meetings are posted here and open to the public.

“We certainly welcome any comments form the community because this is their tax dollars at work,” concludes Mr. Bell. “We’ve been tasked to manage that, to give the best product that we possibly can with the construction teams that we have put together from our consultants here, to our architects, to the consultants and engineers that they work with, to all our vendors and suppliers. Everybody is really focused on delivering a product that this district and this community certainly can be proud of as we move forward over the next nine to ten years.”

Check myBurbank.com next week as we continue our in-depth look at the implementation of the Measure S school bond.