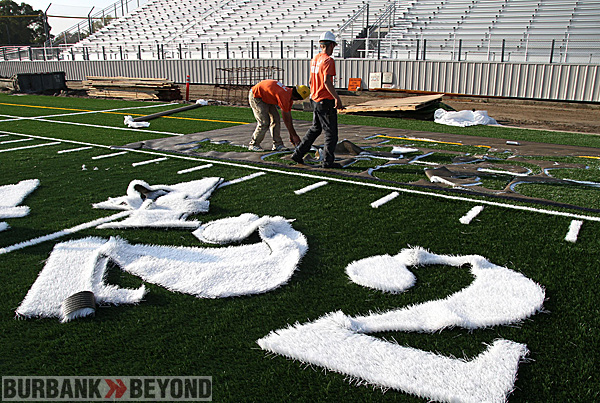 With Burroughs football making it to the postseason, photographer Ross A. Benson thought he would stop by the remodeled Memorial Stadium to check on the progress.  This week they are laying the new artificial turf down and sewing and gluing the numbers and lines in place.  According to a district official, the project is moving along on time and the Burroughs baseball field was released back to the team this past week after it was given a complete makeover.