Burbank Police came upon an accident 3:17 pm when they saw a vehicle that had been struck by a Metrolink train at San Fernando and Buena Vista Tuesday. 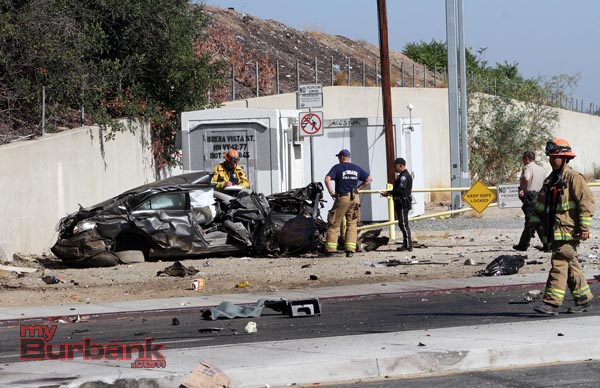 The train, traveling southbound, struck the vehicle. The driver has been identified as 79 year-old Burbank resident Fawaz Khalil by Officer Joshua Kendrick of the Burbank Police Department. Khalil was driving a Toyota Camry southbound on Buena Vista when police reported that he attempted to circumvent the activated railroad crossing arms when the vehicle was struck by the train. 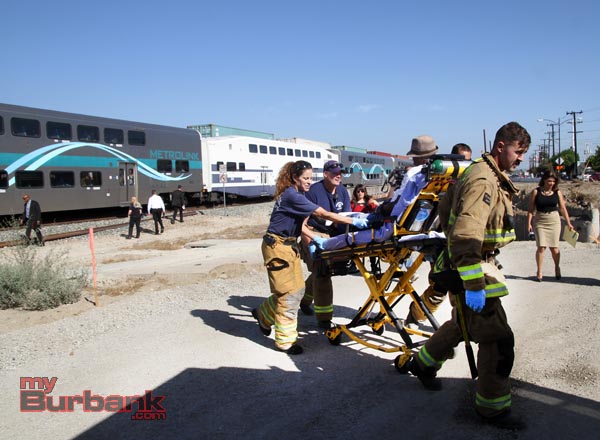 Khalil, who was the sole occupant of the vehicle, was transported to St Joseph Medical Center in serious condition. He was pronounced deceased at the hospital. Emergency Room personnel provided notification to the family, and the Coroner was contacted.

According to a Metrolink spokesman, there were about 135 passengers on the train. There is a report that one passenger was being treated for a diabetic problem and another was transported to the hospital with chest pains.  No passengers were injured as part of the accident itself.

Streets in the area were shutdown to traffic for the investigation that will last for several hours.  CHP has blocked the off-ramps on both sides of the I-5 so traffic would be diverted from the area.

The train was sent to the Burbank Station so that passengers could exit and police can do additional interviews as needed. 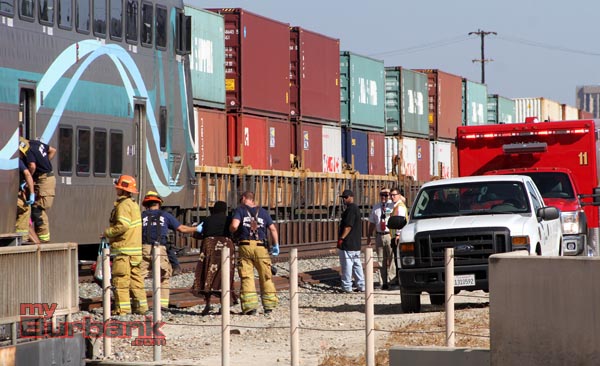 This is the same area as a major Metrolink accident several years ago. Caltrans new project, called the Empire Project, has slated as one of the improvements to raise the existing railroad tracks above the intersection, even with the freeway, creating an under-crossing for vehicles.