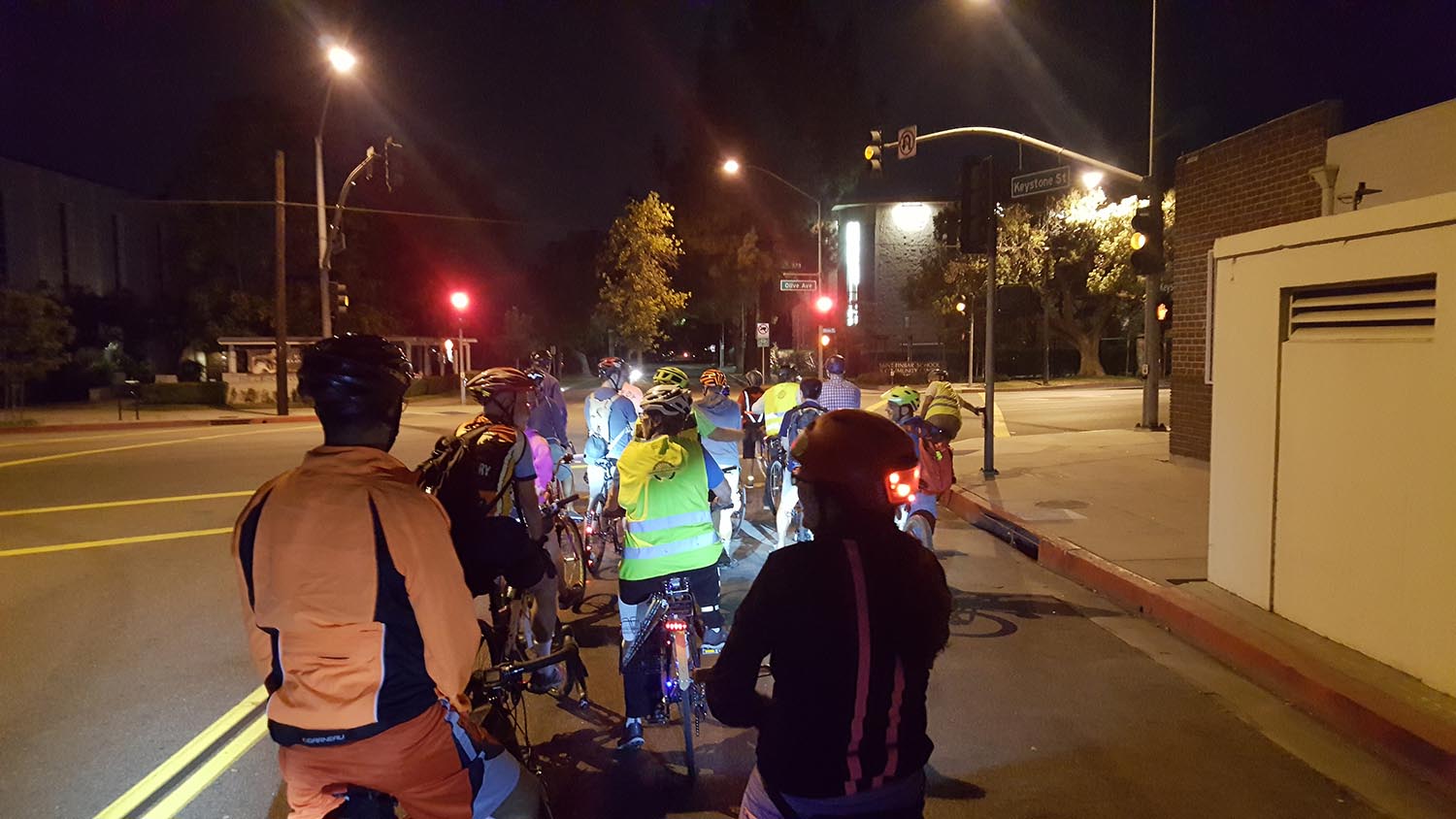 If you thought you saw some of your friends and neighbors out riding their bikes in the middle of the night last weekend, don’t worry; you weren’t dreaming. 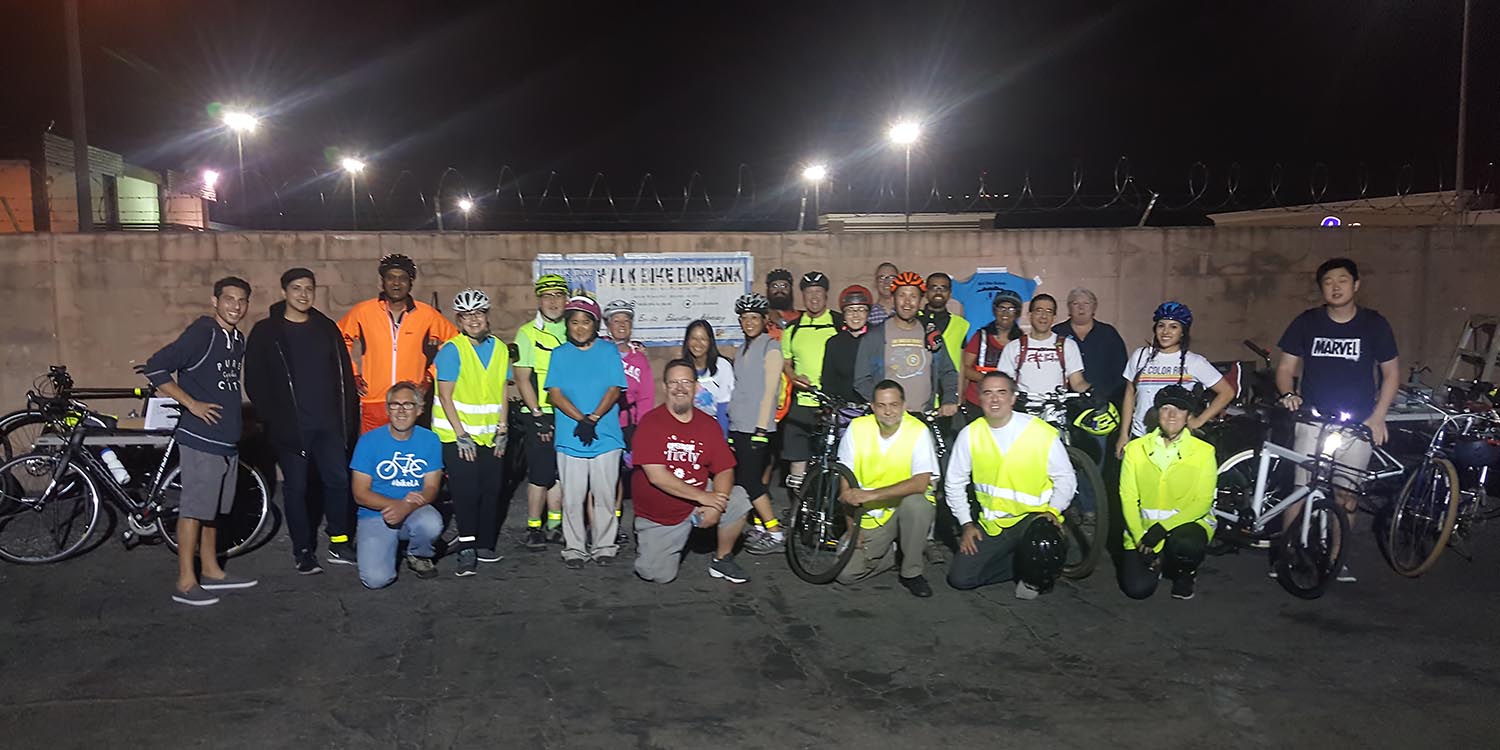 On Saturday evening August 20, adventurous local cyclists set out under the light of the last full moon of the summer to participate in Burbank’s second annual Midnight Ramble, a late-night 11-mile bike ride open to the entire community, organized by Walk Bike Burbank, the local chapter of the Los Angeles County Bicycle Coalition.

Beginning at Pure Cycles, Burbank’s globally-renown bicycle manufacturer – from the corner of Chandler and Victory, the unlikely assemblage of late-night Burbank bikers rode west on the Chandler Bike Path under a bright silvery moon, eventually working their way around and through Burbank, passing such well-known local landmarks as the Safari Inn, the Michael Graves-designed “7-Dwarfs” World Headquarters at Walt Disney Production facilities, the ABC Television Network headquarters, Burbank Studios – the home of Rowan and Martin’s Laugh-In, and the Tonight Show Starring Johnny Carson, then pedaling along to Warner Brothers Studios and Warner Records – and many more unique sights before intercepting the Chandler Bike Path again, returning back to their starting point at Pure Cycles for Sandoval’s mighty tacos and plenty of cold refreshments afterwards! 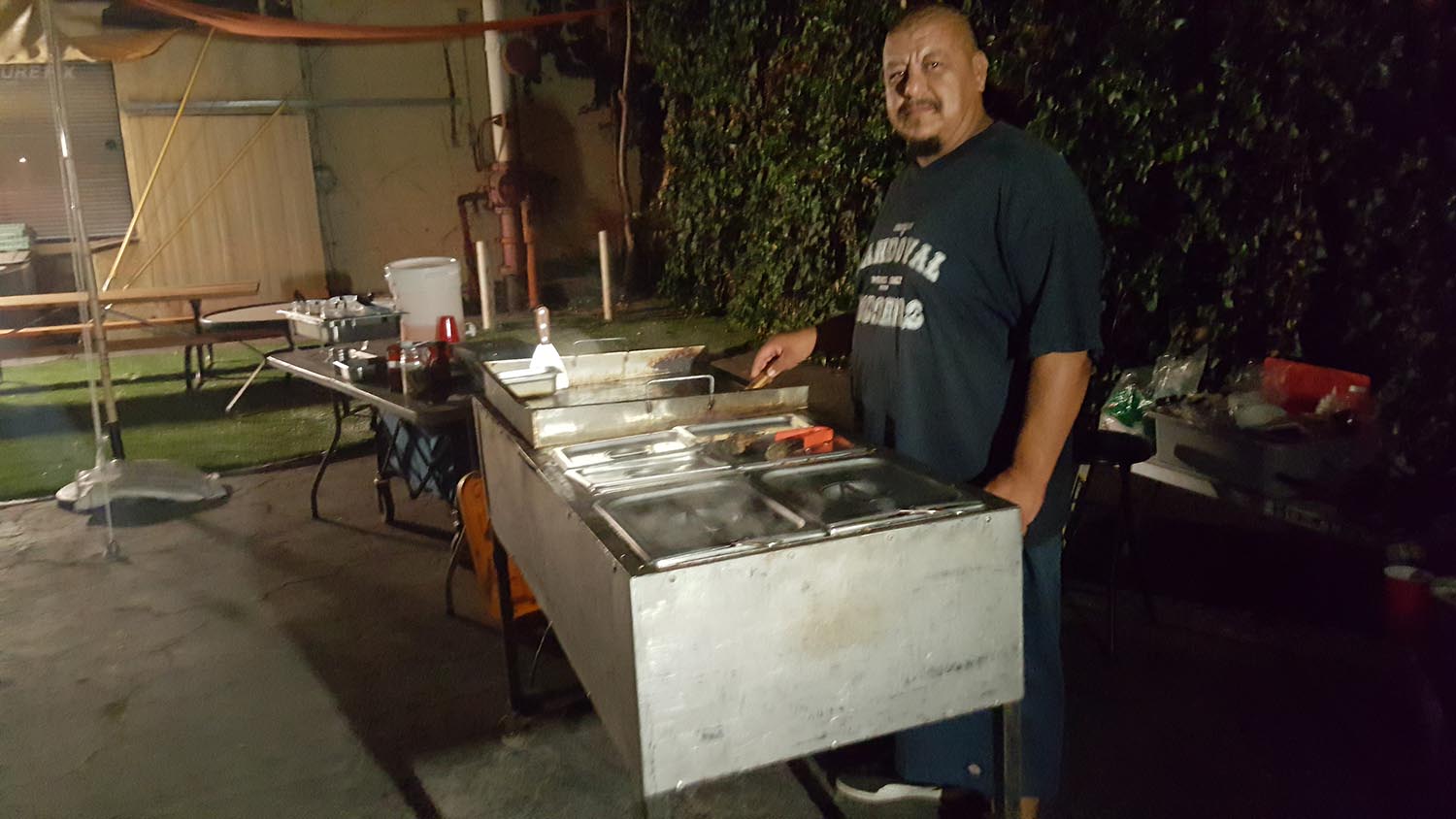 Cyclists young and old seemed equally captivated as they toured Burbank’s network of bike paths and lanes while taking in Burbank’s unique media-rich character – under the flood light of a full, bright moon.

In particular, active baby boomers looking for new ways to experience Burbank in a more healthy and active way were equally excited by this event. “One couple came from La Crescenta just for the ride,” notes Mike Hollis, third-generation Burbank native and Chairman of Walk Bike Burbank, “She works locally here at UME Credit Union and always wanted to try riding the nearby Chandler Bike Path. When she saw our ride flyers she decided to join us and brought her husband too. It was their first time on the bike paths in Burbank and they really enjoyed the complete experience!”

When asked what the group hopes to achieve with such events, WBB co-founder Patrick Dickson responded, “We share a common vision of a multimodal lifestyle where people want to live in cities with an interconnected system of bikeways, pedestrian paths and public transit. We also want to keep active mobility access and transportation choices positive for everyone in Burbank. One of the first steps in achieving that is getting people back on their bikes, reminding them that they have real options in how they get where they need to go. They’ll soon discover that everything in Burbank is actually very nearby on a bicycle!” 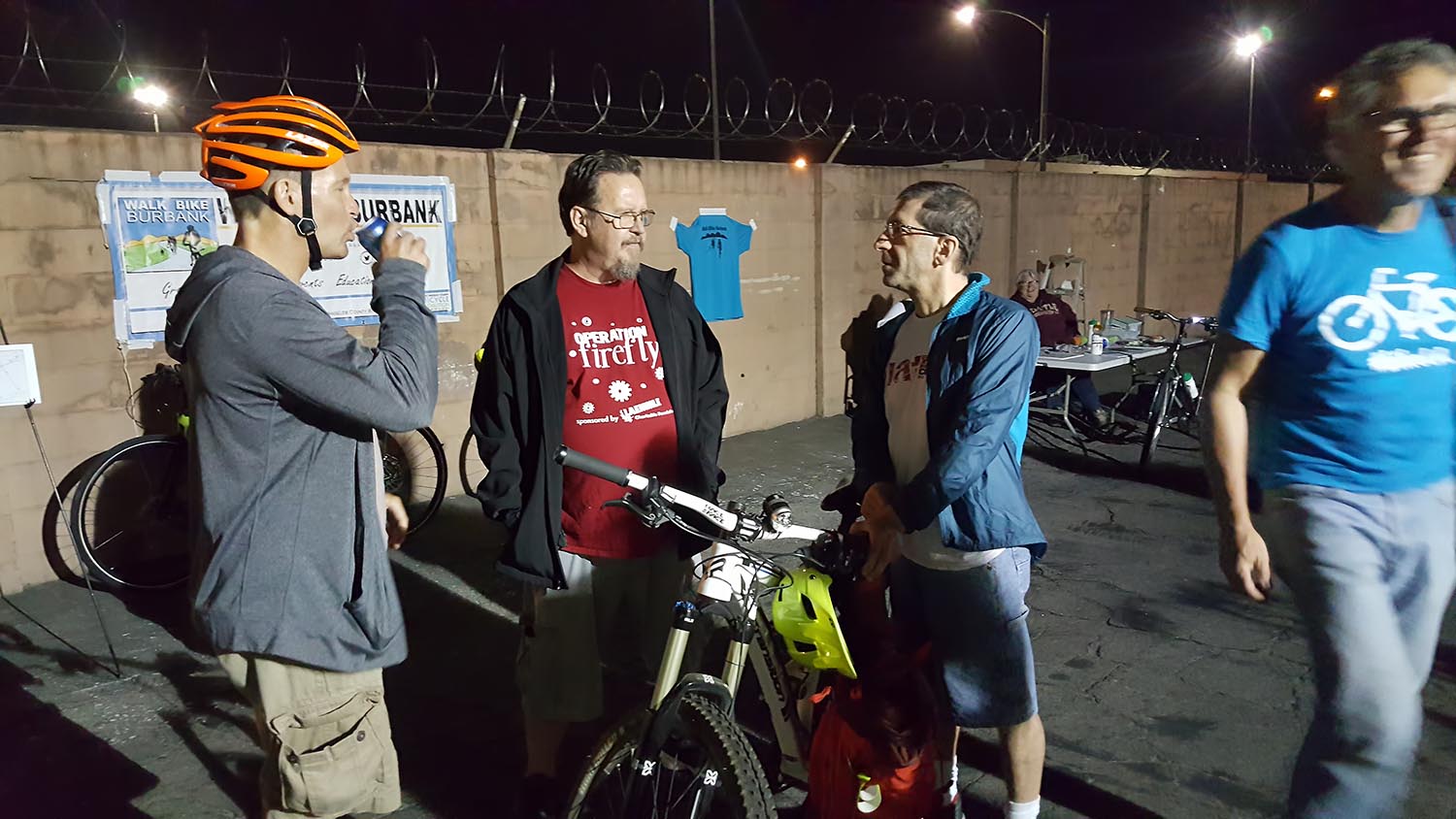