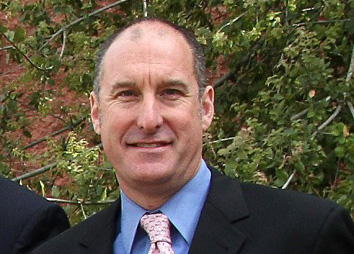 Burbank City Manager Mike Flad has tentatively accepted the position of City Manager for the City of South Gate, a community of 95,000 located in Los Angeles County.

Flad has dedicated nearly 23-years of public service to Burbank, the town where he was born and raised, serving in a variety of roles, including Park, Recreation, and Community Services Director; Assistant City Manager; and since 2009, Burbank City Manager.“Leading a city like South Gate is a great opportunity for me professionally. I’m ready for a new challenge and eager to make a difference,” says Flad. “This is bittersweet. I’ve spent more than two decades working for the citizens of Burbank. I’m not just leaving a job, I’m leaving my hometown and saying goodbye to over 1,400 City employees, of whom I could not be more proud. It has been an honor and a privilege to work with so many outstanding people in an effort to make Burbank such a special place.”

The South Gate City Council will vote September 25 on whether to approve Flad’s hiring. If approved, as expected, Flad’s last day as Burbank City Manager would be October 26th .