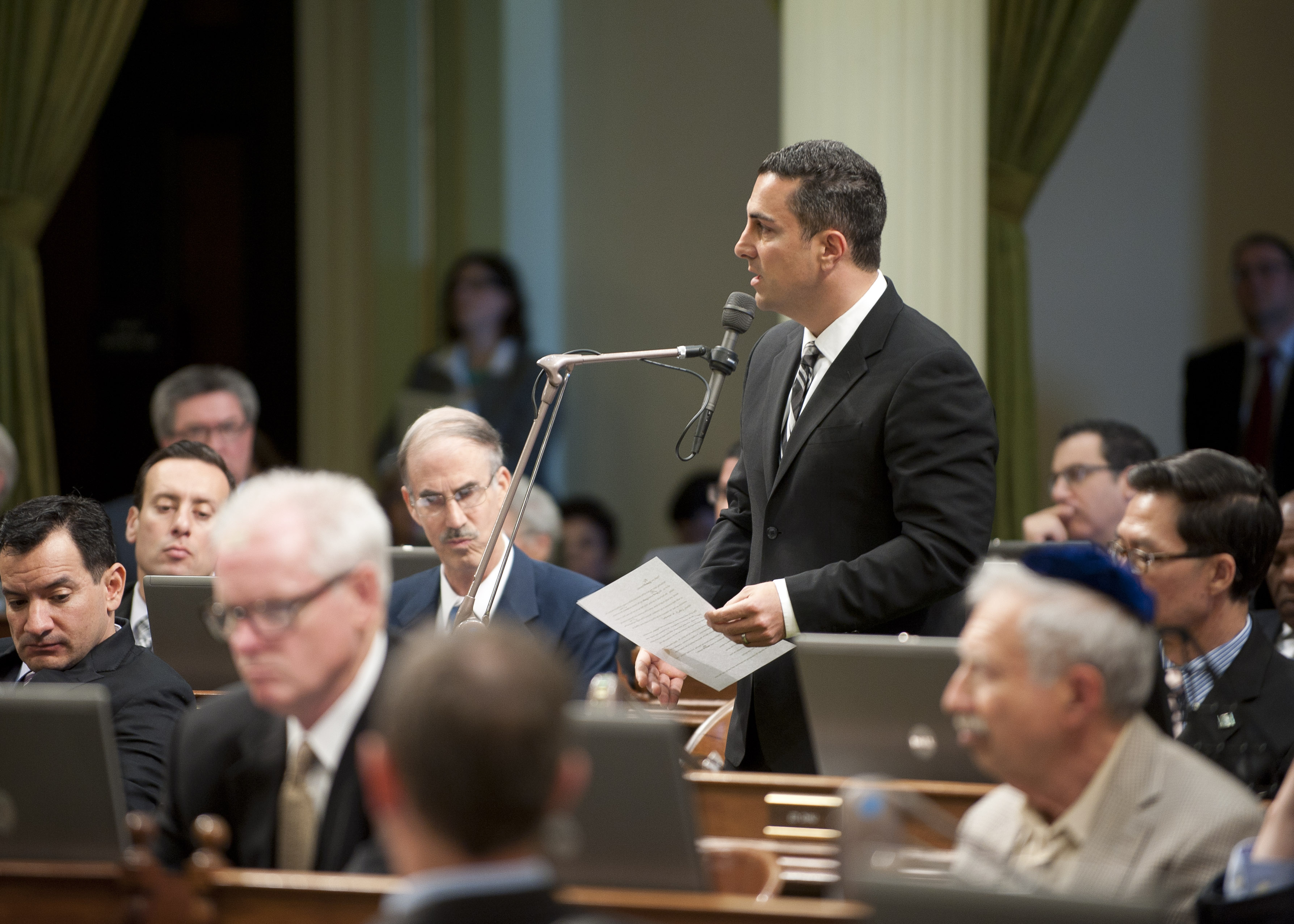 The poetry of Burbank resident David Meyerhof, child of holocaust survivors, has been read around the world, and yesterday, was read by Assemblyman Mike Gatto (D-Los Angeles) on the floor of the California State Assembly. Meyerhof’s poetry was featured at the State Capitol’s Holocaust Remembrance Ceremony, at the request of Gatto.  The ceremony honors Holocaust survivors, liberators, and the children of survivors.

Meyerhof, a retired-middle-school teacher who taught for 33 years in the Los Angeles Unified School District, is the child of two Holocaust survivors.  During the ceremony, Assemblyman Gatto spoke of the courage of Meyerhof’s parents, and all Holocaust survivors, and described how generations now have used art – music, films, paintings, novels, and poetry – to better fathom the unspeakable horrors of the Holocaust.  The Assemblyman then read one of Meyerhof’s poems aloud to the chamber.

Another of Meyerhof’s poems,  “My Mother,” was distributed at the ceremony.  It tells the tale of Meyerhof’s mother fleeing Germany in the aftermath of Kristallnacht (Crystal night) when the Nazis attacked Jews walking on the street, threw over 30,000 Jews in concentration camps, and smashed the windows of Jewish homes, schools, businesses, and synagogues until the ground was filled with so much glass it looked like crystals.

After their escape from Germany, Meyerhof’s mother took care of children in Anna Freud’s Nursery in London until his parents immigrated to the United States. His father went on to become a physics professor at Stanford University where he taught for 43 years.  The nation of Germany has now named a science research facility after Meyerhof’s father.

“It is an honor to share the story and the struggle of the Meyerhof family, and all the victims of the Holocaust, through David Meyerhof’s powerful poetry,” said Gatto.  “Often, those seeking to perpetuate the memories of a most difficult time for all humanity need to look no further than their own communities.  I am so honored that David Meyerhof could participate in the ceremony yesterday.”