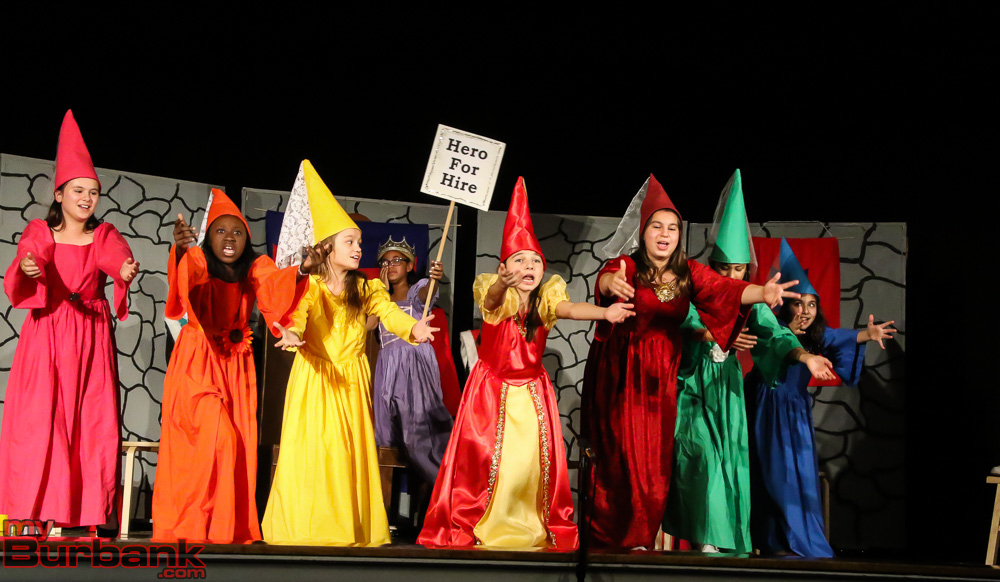 Fifth-graders at Joaquin Miller Elementary School in Burbank gave three performances of A Kingdom in Crisis for friends and family on Thursday, December 7, and for fellow students on Friday, December 8.

Written by fifth-grade teacher Melissa Pamperin, the play/musical utilized the students in her class for cast and crew.

“It is medieval times. An age when women were protected from such things as dragons, puddles and, well, thinking for themselves,” said Pamperin about A Kingdon in Crisis. “But a plague has hit the kingdom, killing the king and all the other men, and only the men (a strange but necessary plot point).”

“Of course Gawain the court jester is still alive, but he’s just a jester. No one pays attention to him. The queen, and the ladies in waiting (who have experience only in waiting) come up with a plan to go out and hunt up another man to be king.”

“One contrary soul, Constance, suggests that the women themselves could rule the kingdom. She is, of course, ignored. The results of the search are disappointing, to say the least.”

Produced with a grant from the Burbank Arts For All Foundation and supported with assistance from Principal Judy Hession, the fourth- and fifth-grade teachers, parents, a number of members of the community and the Miller Booster Club, the play is the most recent production of the Miller Theatre Department. 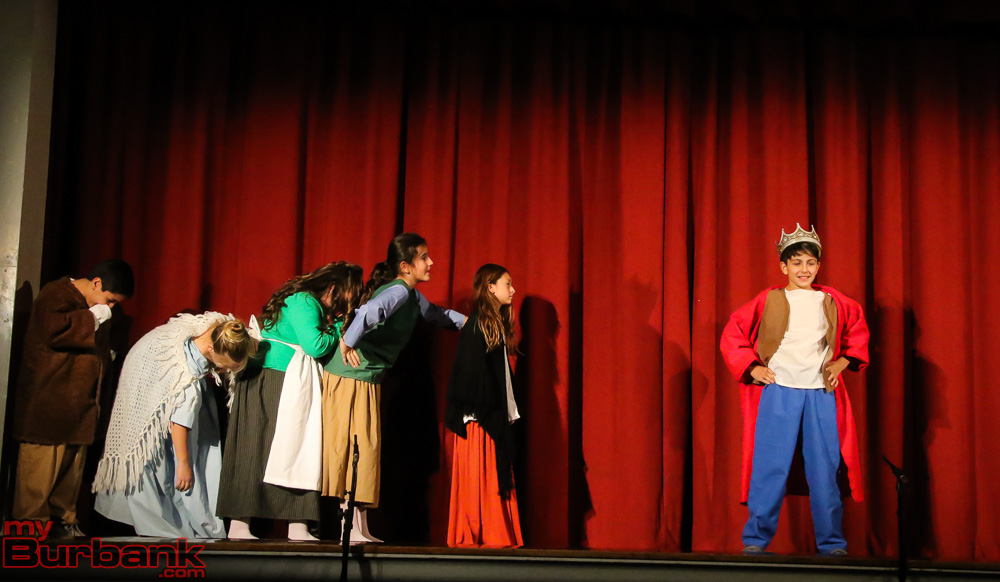 “Joaquin Miller Elementary is a Title 1 school in Burbank. It has a student body of over 700, with a large number of English language learners who speak a variety of languages at home,” explained retired Miller teacher John Ossiff who continues to volunteer his time with the Miller Theatre Department.

“Miller has strongly supported and encouraged theatre arts. For the last six years there has been a full length theatre production by both fourth- and fifth-grade students. Recently there have been performances by students of other grades as well.”