On any given day, Ashley Erikson can be found in the Magnolia Park district in Burbank. As President of the Magnolia Park Merchants Association, she works tirelessly to promote the eclectic shopping and dining district using social media and creating special events to draw people to the area.

“In 2009 I heard about Magnolia Park, and my mom and I spent four hours walking from Unique Vintage to Buena Vista and back,” Erikson said. “I was so impressed with all the shops that I created a blog stealmagnoliablvd.blogspot.com.” 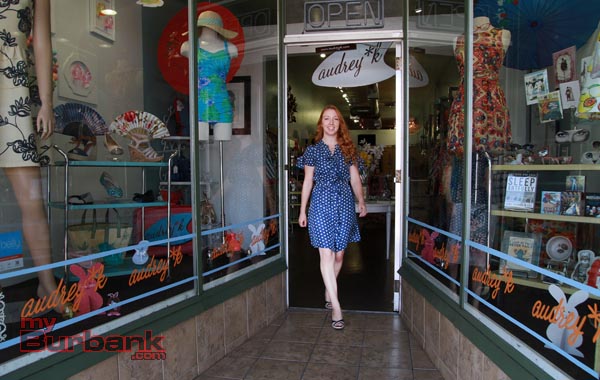 “I began meeting with owners, finding out their stories, taking pictures and posting their stores online. I started to get noticed by people on the street who read my blog and merchants would contact me and ask me to write about them,” she continued. “It was the blog that really got my foot in the door and helped introduce me to the merchants.”

Erikson started running some of the small businesses’ social media sites in early 2012 and then was asked to help organize the now extremely-popular Ladies Night Out events during the summer of 2012.

“The stores were staying open for the event and trucks were showing up but that was the extent of it. There was no communication between the stores, and the food trucks were starting to get rowdy and fighting for certain parking spots,” Erikson explained. 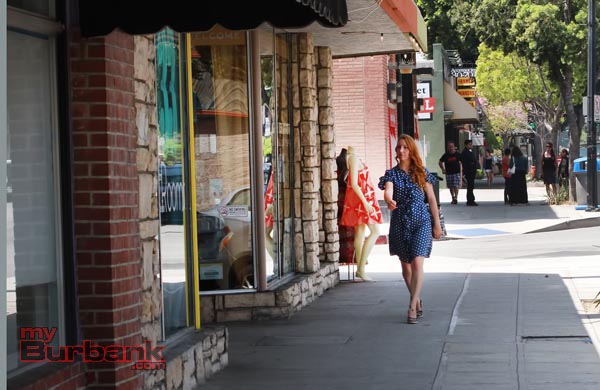 “I rebranded LNO, created a new poster design, printed store flyers and business cards, created a website and worked with the city to create a smoother and more efficient event with more communication,” she detailed.

“I began holding monthly Ladies Night Out meetings with the merchants where we discussed what was and wasn’t working and the merchants started to mingle and get to know each other and their neighbors better. The meetings soon expanded into Magnolia Park merchants’ meetings, covering everything from Ladies Night Out, Holiday in the Park, theft and the early thoughts of creating an association.”

What started as a very small group of merchants grew into meetings with a regular attendance of 20 to 30 local businesses.

Erikson was then asked to spearhead Holiday in the Park 2013. She created the website and posters. With a small committee and monthly merchants meetings, they were able to raise enough money from the stores and put on a successful community event.

Erikson has used social media very successfully to market Magnolia Park and raise the profile of the area, seeing metrics increase consistently over the past year. The real evidence is in the growth of Magnolia Park over the past year as well, with new shops opening regularly and attendance growing for lunch, dinner, shopping and special events. 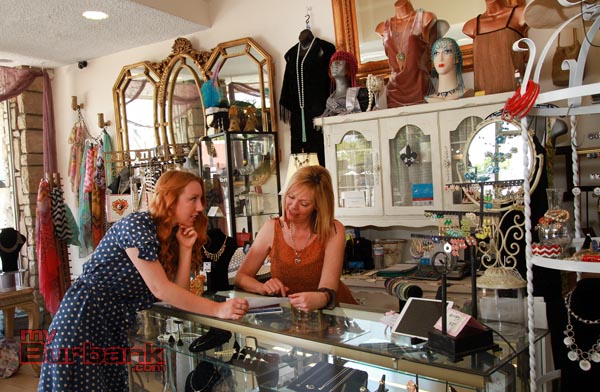 Ashley Erikson and Susan Cade go over items inside Encore Nouveau. (Photo by Ross A. Benson)

“Right now, I am working on a Magnolia Park phone app where people can find special coupons for Ladies Night Out to use at their favorite stores,” said Erikson. The Magnolia Park Merchants Association also has plans for a newsletter featuring weekly events and deals in the area.

Erikson recently coordinated with the Burbank Recycling Center for placement of recycle bins along Magnolia Boulevard.

“Our goal this year is to re-brand the district as a place to live, grow, work, eat, shop, ride your bike and walk your dog,” said Erikson. “It’s a place of community and heart. One of the aspects of our re-branding goals is to turn Magnolia Park into the first green district in Burbank.”

“We started with the recycling cans, and we are also the largest recycling community in Burbank, with a number of resale and refurbished stores. We plan on having reusable cups and shopping bags made so we can encourage our shoppers to join us in conserving resources as well.”

Erikson takes her personal approach to promoting and celebrating Magnolia Park and infuses it in much of what she does. When Luna Vine Wine Bar celebrated their grand opening in February, Erikson was asked to be the event’s featured artist, with a series of photographs of the area lining the walls of the bar. 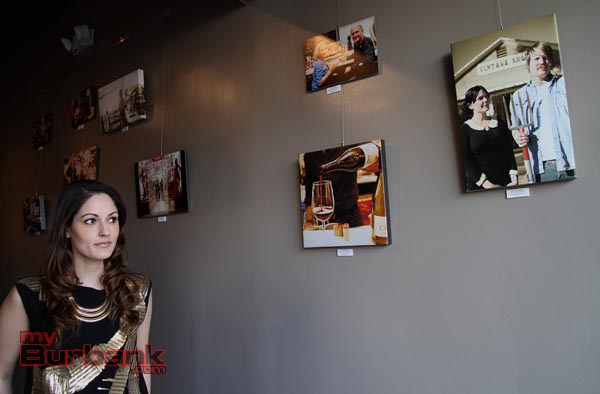 “Because Magnolia Park is so near and dear to my heart, I wanted people to feel that through the photos,” explained Erikson. “The pictures are moments I have lived, people I have met and the imagery I see when I visit Magnolia Park. Although they are individual photos, the art show was really about the collection as a whole and viewing Magnolia Park through my eyes.”

Erikson’s photos are for sale and will be posted online for people to purchase at ashleyerikson.com in the coming months, she said, adding that she has also made posters listing the Associations’ 24 member stores and placed then in kiosks in the area. She has been hard at work on a new website visitmagnoliapark.com.

“Audrey K has just named me as the face of Audrey K,” said Erikson, whose photos will be used on the boutique’s website. 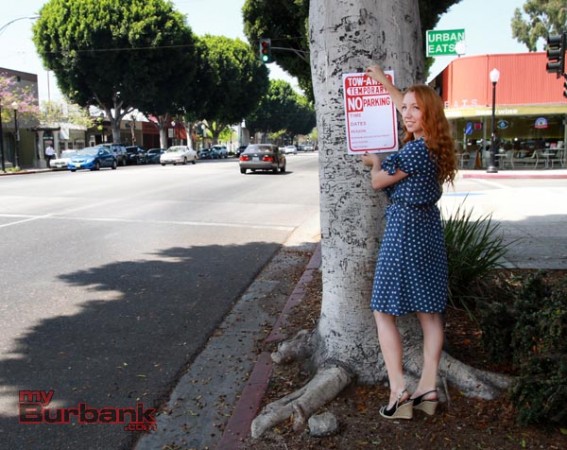 Another new event in Magnolia Park is Second Saturdays, with some stores staying open late, featuring art and music at their shops.

“We really want to grow Magnolia Park to not just be about Ladies Night Out, but about shopping and dining every night,” Erikson continued. “My goal is to renovate Magnolia Park into a destination that people come from all over to visit.”

Upcoming events planned for Magnolia Park include the Tour for Life pet adoption in conjunction with the Burbank Animal Shelter on May 4 and the inaugural Taste of Magnolia Park, anticipated to bow later this year. Holiday in the Park will return in November and other events such as a car show and movie nights are being discussed.