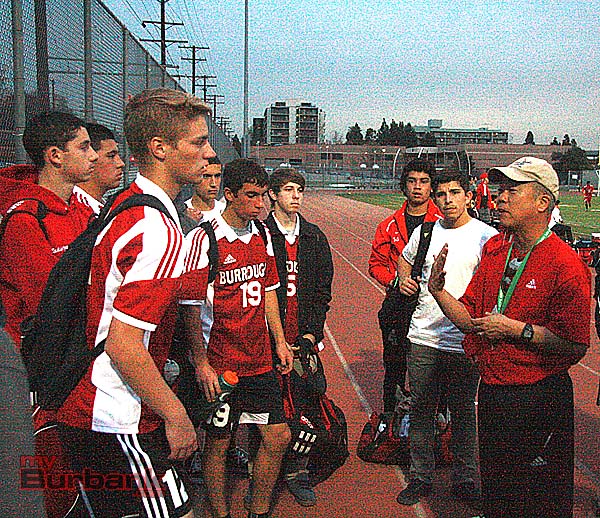 Amaad Wainright 32 points and 16 rebounds; Rashid Ewing had 26 points and 13 rebounds. Steven Hubbell made 4 free throws to ice the game for the Indians.

The Indians avoided the upset on a miracle shot from Paula Galicia who drained a 40-foot half-court shot at the buzzer. Galicia finished with 16 points and 13 rebounds. Brooke Radcliff had 13 points as the Indians maintained their hold on to first-place.

JBHS couldn’t capitalize on an early PK and several other quality chances against Glendale Friday night. Still without leading scorer Danielle Tilton and senior goalie Taylor Bailey, the Indians enjoyed nearly all of the possession but couldn’t get past a stubborn Glendale defense.

Clarissa Guerrero scored the only goal for the Bulldogs

Junior standout Danielle Tilton assisted on one goal and scored the other before leaving the game with an injury as the Indians bested Hoover 2-0.
For the sixth time in seven league matches Taylor Bailey and the JBHS defense kept a clean sheet (shutout).