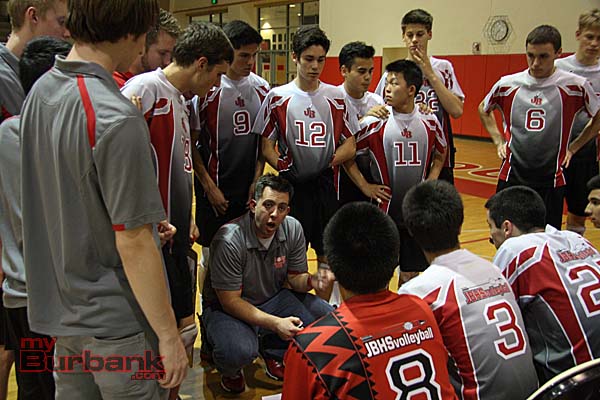 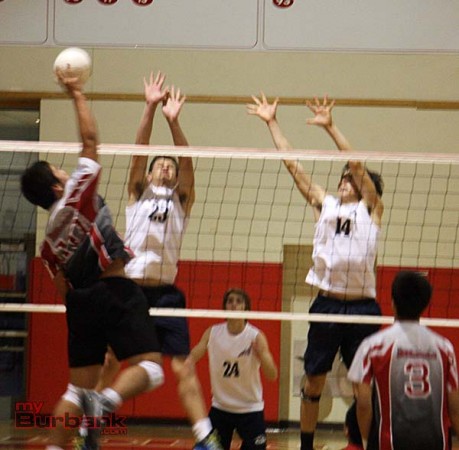 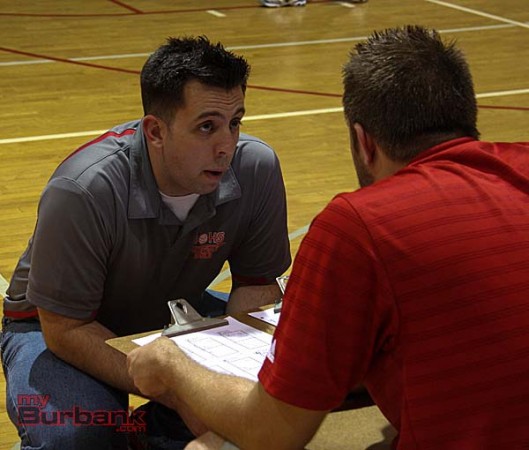 After a strong start to the match, the Indians became complacent in the third set surrendering a game to the Rams. But Burroughs re-grouped and dominated the fourth set to advance to the second round to play at Dos Pueblos on Thursday night.

“We played well enough to get by but not how we need to play if we want to advance,” Burroughs coach Joel Brinton said. “I feel we gave Millikan loads of confidence. Then it got really tough. 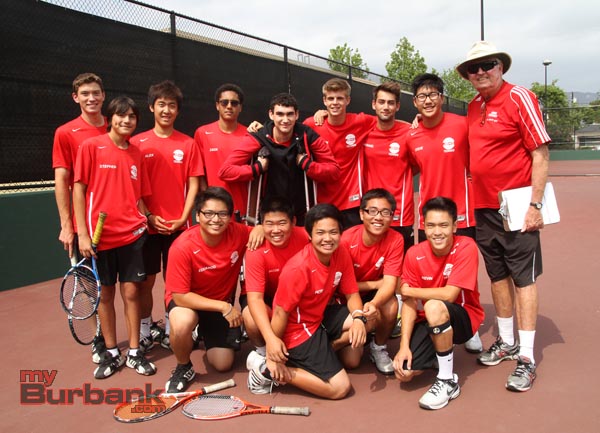 (CIF Division I playoffs; first round) 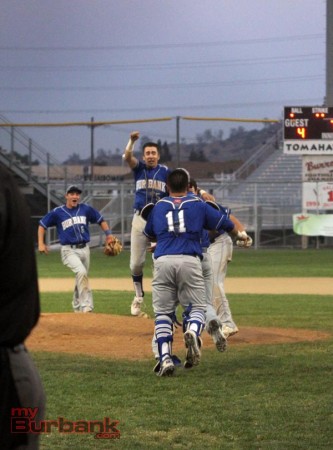 The championship celebration begins for Burbank (Photo by Ross A. Benson)

The Bulldogs clinch their first league title since 1991 with the victory.

The Bulldogs scored 11 runs in the second inning to coast to the easy victory. Senior Dylan Mersola led the way going 2 for 4 with four RBI’s and a double. Seby Santoro added two RBI’s and a double. Shaun Troy (win) and Martin Silva combined on a two-hitter allowing no runs, one walk and striking out nine batters. Burbank (15-8, 11-2) remains tied for first place with Crescenta Valley and plays at Burroughs on Friday night at 6 p.m. in the quest for its first league title since 1991.

Brian Pozos was 2 for 3 with three runs batted in and Aiden Anding went 3 for 4 with four RBI’s in the Indians win. Cameron Rodriguez picked up the win throwing three innings of shutout ball. Burroughs (16-10, 10-3) remains a game behind Burbank and CV for first place. 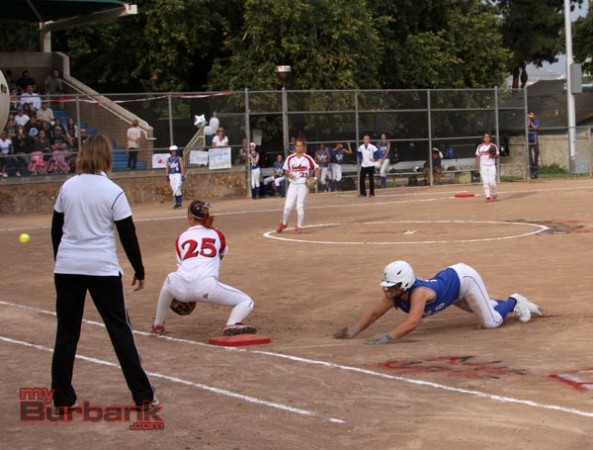 Bulldogs prevailed against the Indians (Photo by Ross A. Benson)

The Lady Bulldogs posted their 13th win in league without a loss behind Caitlyn Brooks who went 3 for 3 with three RBI’s, three runs scored and a home run. Brooks and Ashley Russo combined to throw five innings giving up only two hits and striking out 10 batters.

Cheyenne Steward went 3 for 3 with a double and a triple and two runs scored. Delaney Nicol, Aimee Rodriguez and Danielle Ryan each drove in two runs. Brice Edrington threw a complete game four-hitter allowing no earned runs, walking one and striking out seven. 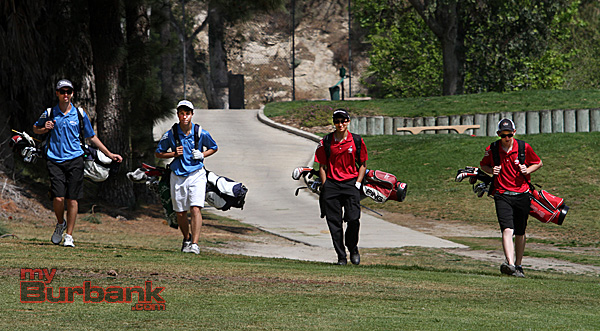 Burbank and Burroughs completed their seasons (Photo by Ross A. Benson)

Burroughs finished 15th with a total of 424 strokes and Burbank finished 19th with 453 strokes.