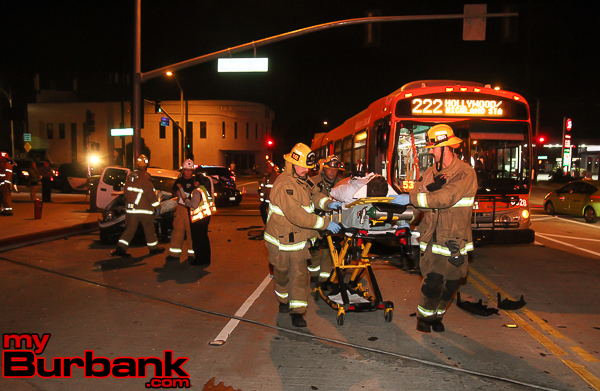 At approximately 10:00 PM, Monday night, an MTA bus with thirteen passengers aboard was southbound Hollywood Way when it was struck by a Toyota pick-up truck traveling eastbound on Alameda Avenue.    The truck impacted the front end of the bus and both vehicles stopped at the scene. 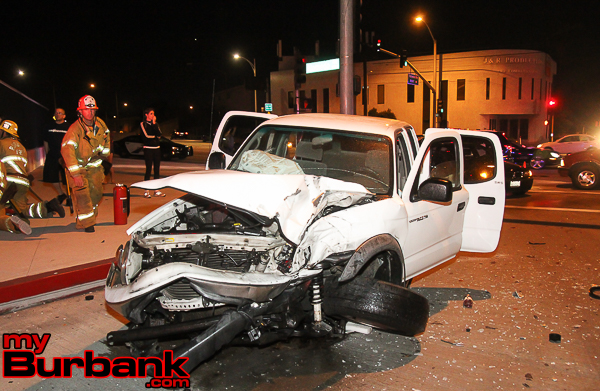 Burbank Police along with Glendale and Burbank Fire units immediately responded.  While there were no significant injuries, the drivers of both vehicles and two bus passengers were transported to a local hospital with non-life threatening injuries.

The remaining eleven passengers were treated at the scene and released to MTA officials for further assistance.

The investigation into this collision is ongoing, so determinations relative to the cause are still pending. Anyone who witnessed the collision, or the driving of the involved vehicles leading up to the incident, is asked to contact the Burbank Police Department Traffic Bureau at (818) 238-3100. 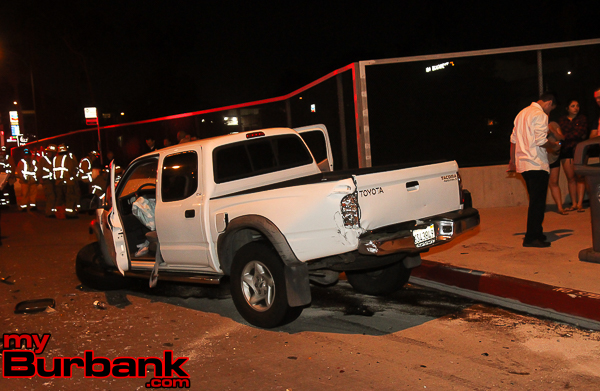