Muir Cheer competed against two teams, one from Dartmouth Middle School and the other from Reyburn Intermediate, in the Junior High Show Cheer Non Tumbling division.

The division is one of the more challenging categories at the annual Nationals competition, as there are no limitations on the stunting, according to Coach Rachael Osgood. 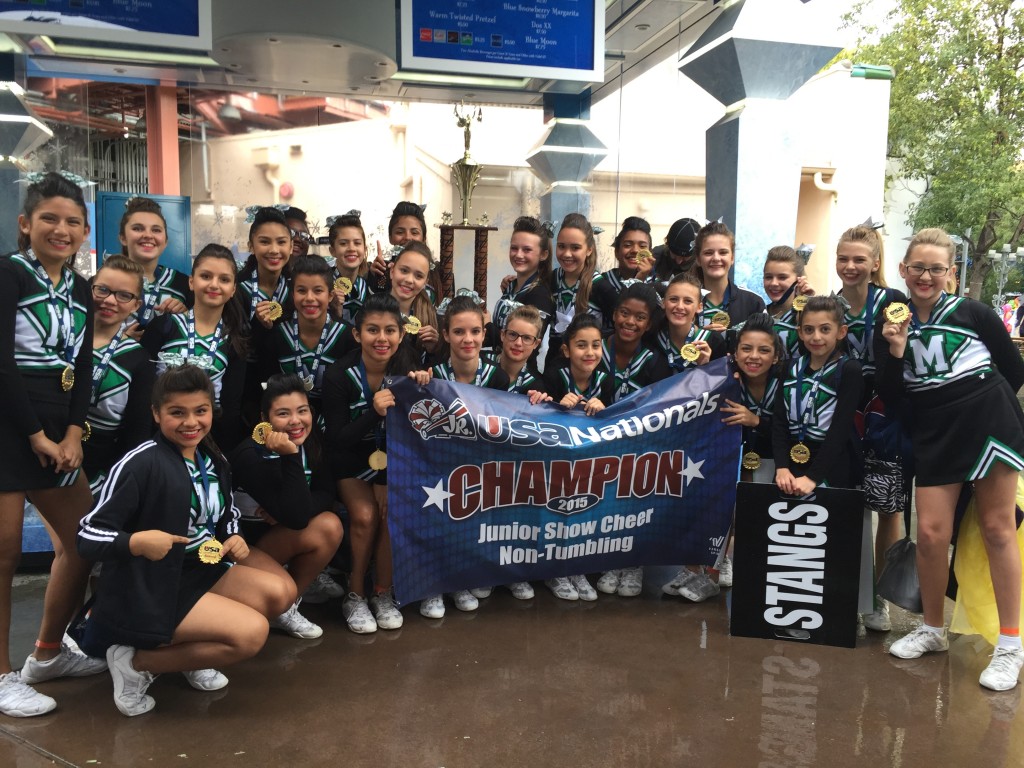 “Muir hit a perfect routine, maxing out on difficulty in all categories,” she said.

Muir Cheer is coached by Cierra Branca along with Osgood. Osgood started Muir’s cheerleading program in 2008 and has returned this past year after taking two years off. This is her fifth year at Muir and her seventh year coaching. Branca cheered throughout her high school career at Village Christian and started coaching at Muir this year.

“I am so proud of the girls!” commented Osgood. “Their hard work and dedication really paid off at Nationals.”

“Most of the girls on the team have never competed before. We were surprised how quickly they progressed throughout the year,” she continued. “Their skill level is far more advanced than most middle school teams.”

“To say these girls earned this title is an understatement. They constantly wanted to add practices, worked outside of practice, and motivated each other to win,” added Branca. “John Muir Cheer has become one big family throughout this season and it really shows out on stage.”

“Winning nationals was their goal from the beginning and I couldn’t be prouder of them for working to achieve it! I’m so grateful and blessed to be their coach!” 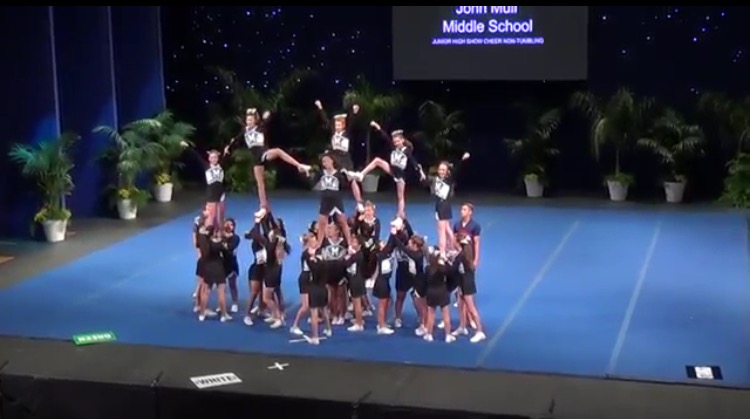 “They are some of the most fun, hard working, talented girls I have ever coached!” Osgood also said. “I have never coached a team that wanted to practice as often as they did.”