“In the space where a condemned bungalow once stood, there is now a beautiful outdoor classroom on the campus of John Muir Middle School,” commented Principal Dr. Greg Miller. “The project came together through a wonderful partnership with Woodbury University and Nickelodeon.” 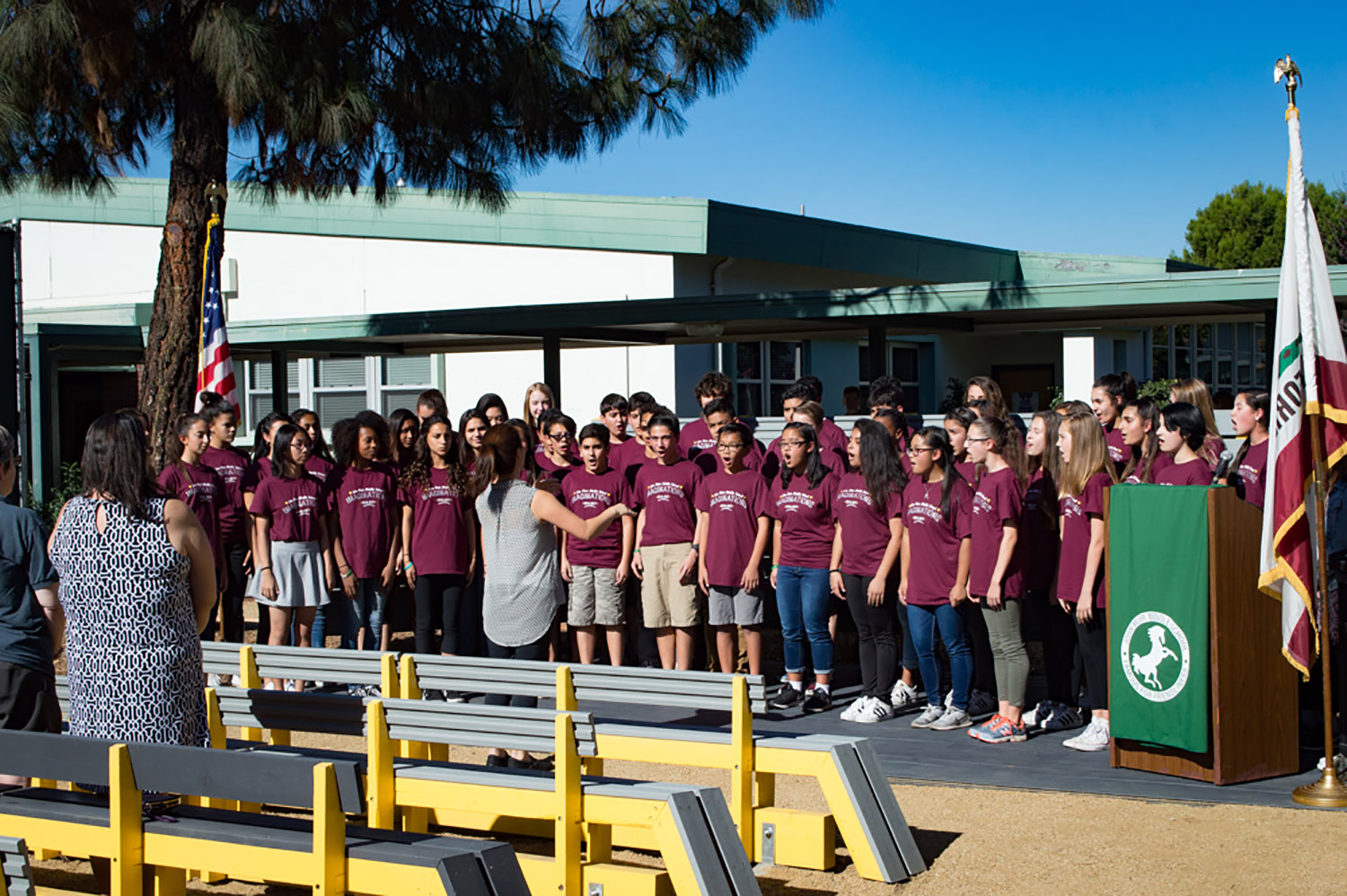 Miller specifically thanked Woodbury School of Architecture Professors Jeanine Centouri and Oscar Corletto, for their efforts and their students’ efforts creating the design for the Muir Outdoor Classroom. 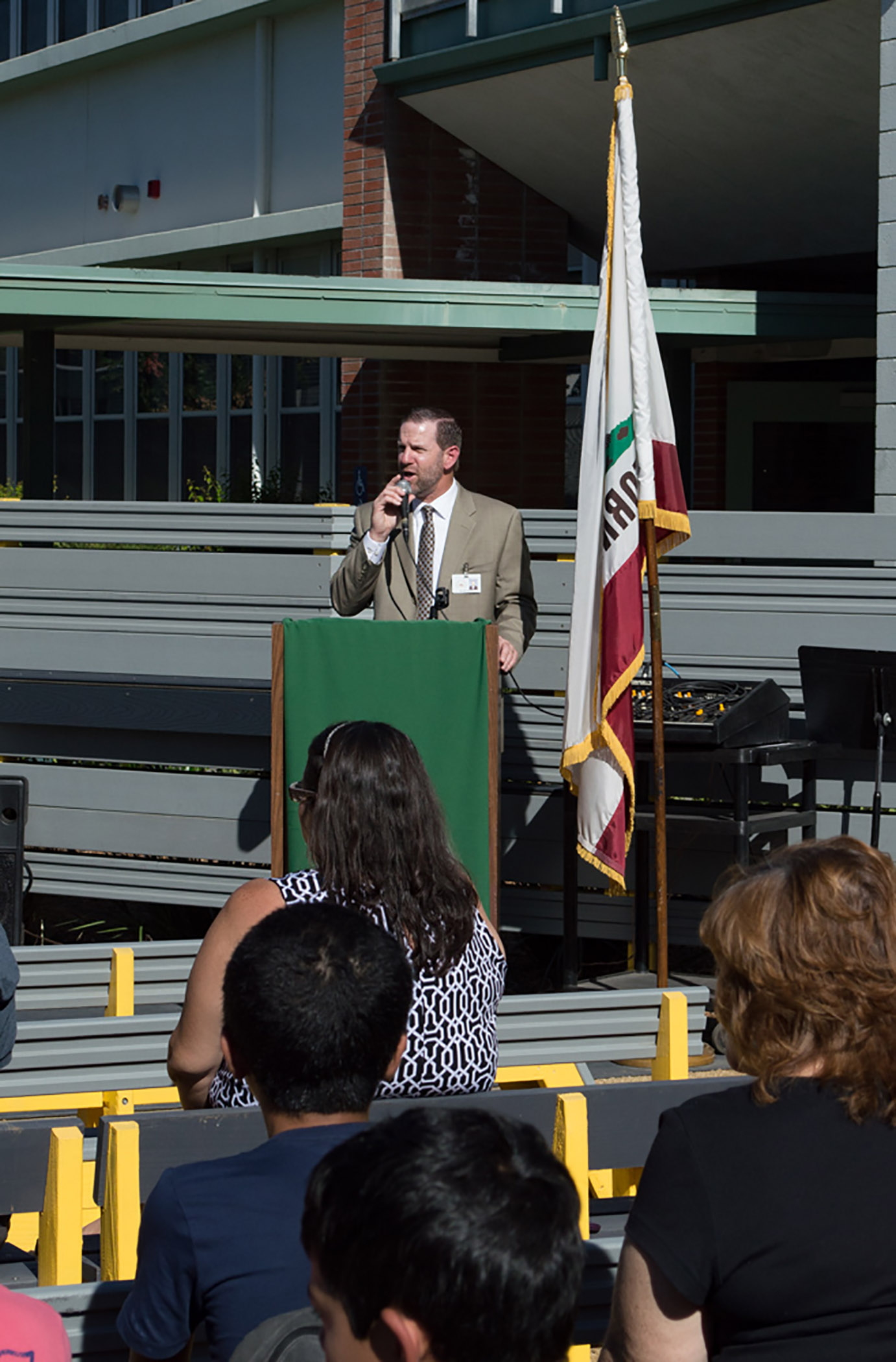 He also thanked Carson Smith from Nickelodeon for allocating resources and focusing volunteer efforts of several studio employees and interns.

Miller recognizes the work of several employees of BUSD Facilities including Pedro Mejia, John Uribe, Mark Clarke, Randy Ogawa and Kurt Hauffe, who have been instrumental in the building and beautification of the project.

He noted the efforts of the Mosaic Tile Team of Erica Bootchk, Kristina Panfilova and Yukako Inoue, as their mosaic art installation for the space continues to develop.

The previous occupant of the space, an aging bungalow which had not been able to be used for several years, was removed in the summer of 2015. Muir Middle School contacted Woodbury University’s School of Architecture and asked for help to design an outdoor classroom, explained Miller and were connected with Centouri, the director of the University’s Architecture and Civic Engagement (ACE) Center.

“The design and, most importantly, the installation of the outdoor classroom at Muir became the spring semester project for a group of nine upper class students in the School of Architecture,” said Miller. 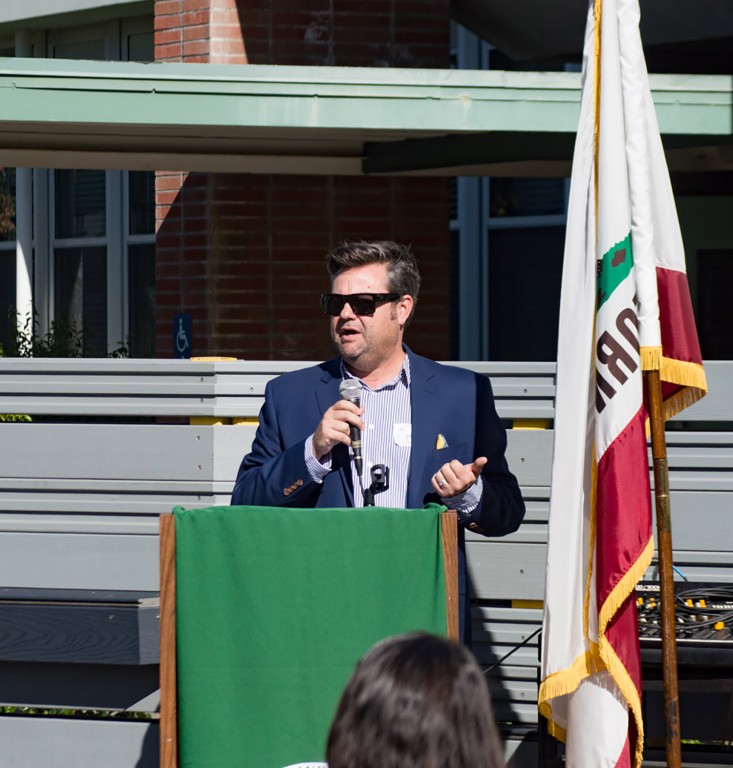 Centouri and Corletto, along with their student team, interviewed Muir teachers, staff and parents to get an understanding of what they envisioned for the space.

“After several options were presented to the Muir stakeholders, a singular design was agreed upon.”

The team started building the wall, stage and seating in January. All told, the 40-seat, 2,000 square foot structure took four months to construct.

In May, as part of the company’s annual Viacommunity Day, Nickelodeon sent over 50 volunteers to dig holes, plant hedges, trees and greenery and fill in the space with over 25 cubic yards of mulch, added Miller.

The space is now enjoyed on a daily basis by Muir’s 1,400 students. English, science, math and enrichment classes have all been held in the Muir Outdoor Classroom since students returned to school in August. 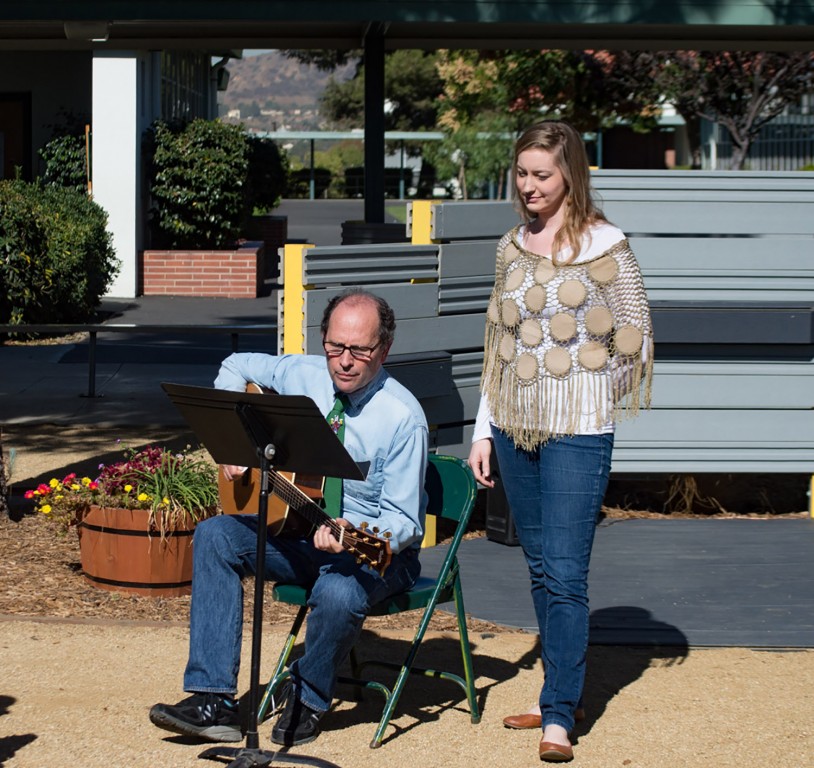