Since October, the Burbank Unified School District has been working towards raising 1.2 million dollars to repair and replace musical instruments in all five of the secondary schools’ Instrumental Music programs. Naming the campaign “Music Is Instrumental,” the BUSD Arts For All program aims to raise 10%, or $120,000, of that need by the end of the 2017-18 school year. 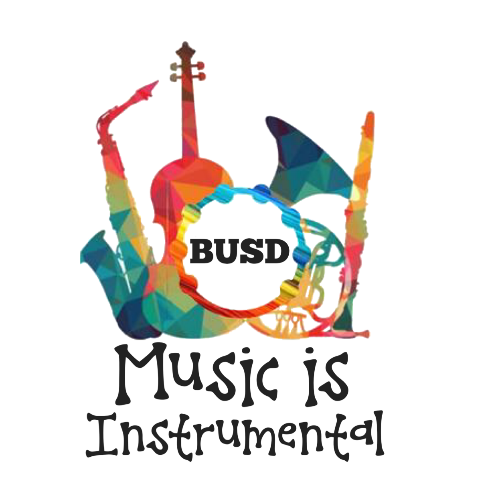 Each of the five secondary schools’ Instrumental Music Association booster organizations, parents, District staff and community members, along with local corporate and small businesses, have also joined in the Music Is Instrumental campaign.

One of the larger campaigns, 1000 For $100, is chaired by local businesspeople Michael Cusumano and Michael Hastings, along with elementary school teacher Linda Walmsley.

1000 For $100 began with an outreach to over 60 community leaders asking for their support in getting 1000 people to donate $100 for instrument repair and replacement in the middle and high schools in Burbank, explained Walmsley.

An anonymous donor has pledged a matching grant of up to $20,000 towards the campaign in an effort to  inspire more community members to contribute. If the campaign raises the $20,000 match, it will yield an additional $40,000 to the overall effort.

“I am honored to be able to work with Mr. Cusumano and Mr. Hastings to support the Music Is Instrumental Campaign,” commented Walmsley. “Knowing that we are working to support the goal of instrument repair and replacement is such a worthy cause.”

“So many students connect to school through music,” she added. “Seeing the support we have had from so many people in Burbank tells me that they value the program and the youth of our city.”

100% of all donated funds will be used to repair and replace musical instruments for students. Donations are 100% tax deductible and can be made on the BUSD site here or by visiting Musicians At Play here.

An awareness campaign, “You’ve Been Noted,” begins today, February 28, with colorful musical notes and symbols popping up on lawns throughout Burbank. Another awareness effort, “Random Acts of Music,” spreads word of the Music Is Instrumental campaign with impromptu music performances by Burbank students around town.

All of the recent months’ fundraising and awareness efforts culminate with a Music Is Instrumental concert at Burbank High School on Friday evening, May 11. The “Music From Film & Television” concert will feature Burroughs and Burbank High School IMAs, Burroughs VMA, professional musicians from the Musicians at Play Foundation and the BUSD All District Symphonic Orchestra.