As they will always tell you, the honor is in the nomination.  With that, Peter Musurlian was honored twice this year by the local Los Angeles Emmys with two nominations. 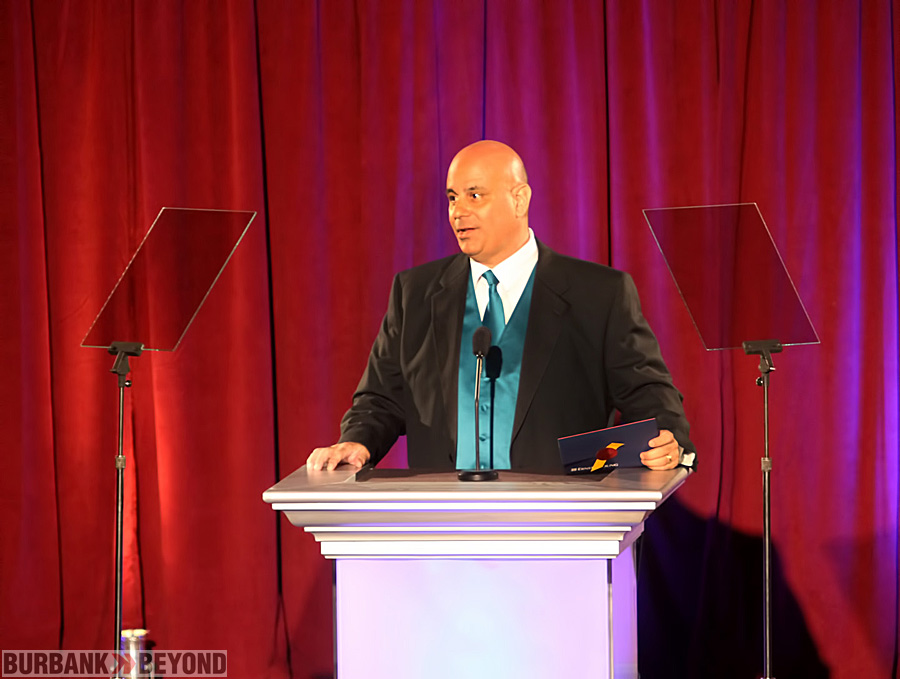 Reading from a Teleprompter, Burbank's Peter Musurlian was also a presenter, he was nominated in two categories.(Photo by Ross A. Benson)

His two nominations this year were for a local story on the Burbank Rose Float, and the other for an in-depth look at a Europe-based non-profit environmental organization, which focuses on national parks in the Caucasus region of the former Soviet Union.

Musurlian was nominated in the Public & Municipal-Operated Cable category for his mini-documentary, called “The Burbank Centennial Rose Float.” The second Emmy nomination came in the Information Segment category for his piece called, “Saving the Wild: The Caucasus Nature Fund.” Musurlian shot the story last summer in Armenia and Georgia.

The 50-year-old Station Manager & Senior Producer of the City of Burbank’s government access station, called “The Burbank Channel,” has garnered 10 prestigious RTNA Golden Mikes over the past decade and, over that same time period, has received six Emmy nominations from the Academy of Televisions Arts & Sciences in North Hollywood, California.

In the 1980s, Musurlian reported for television stations in Montana, Texas, and Washington D.C., and for nearly a year in the 1990s, worked as a solo television journalist for the U.S. Army in Central Europe, venturing into Hungary, Croatia, and Bosnia, for which he received a NATO Medal and an Army Commendation Medal.